Accel has been investing in India since 2005, putting money into Flipkart, Freshdesk and CommonFloor 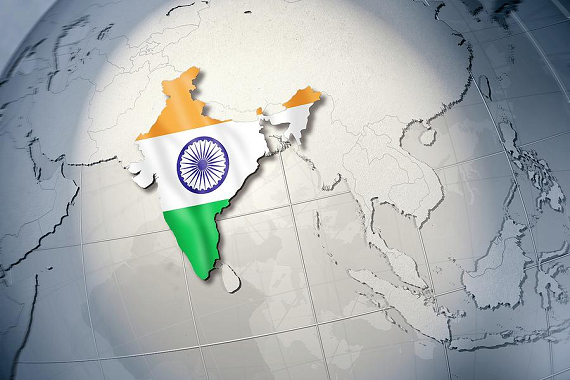 If you haven't noticed, the tech scene in India is kind of having a moment right now, with U.S.-based investors and companies taking big stakes in the growing country.

Now venture capital firm Accel Partners is getting ready to commit a whole lot of money to investing over there, announcing a new $305 million fund on Tuesday, called Accel India IV.

The money will be used to "invest in very early stage companies where we partner closely with India-based entrepreneurs to help build their businesses from the earliest days," Subrata Mitra, Partner at Accel, wrote in a blog post. "The fund will also continue to selectively pursue growth equity opportunities in the most promising technology companies in India."

The $305 million is almost double the size of the last fund Accel set aside specifically for Indian startups, a $155 million fund launched in 2011.

The firm has been investing in the Indian tech scene for 10 years now, starting all the way back in 2005. Some of its investments have included participating in a $25 million round in online movie and events ticketing brand BookMyShow; a $10.4 million round in Indian real estate portal CommonFloor.com; participation in a $1 billion round in e-commerce company Flipkart; and a $31 million round in Freshdesk, a provider of cloud-based customer support software.

"We’re excited about the entrepreneurial energy in India and we look forward to working with the next generation of business leaders.," Mitra wrote. :Accel’s deep local team of investment partners, our extended global network, and our in-house experts in critical areas like marketing, HR, technology, product management and product design, stand ready to help the next class of great technology companies from India."

Accel also has an office located in Bangalore, India.

VatorNews has reached out to Accel for more information about the new fund. We will update this story if we learn more.

There was a flurry of activity in India in the last year and chance.

Last year India became Uber's biggest non-U.S. market, and the company just this week partnered with, and took some money from, Times Internet to expand its presence even further. 2014 was also the year that Facebook hit the 100 million user mark in the country, giving it the second largest base of Facebook users in the world.

But mostly last year was all about India e-commerce, with huge investments and funding in that space.

Two companies in particular raised funding in the billions of dollars:  Flipkart, which is also the largest e-commerce company in India, raised nearly $2 billion in three rounds.

2014 ended with News Corp. purchasing financial planning service BigDecisions.com, which followed News Corp's first investment in India in August, when it participated in a $37 million round for PropTiger, an online real estate marketing platform in India. In all, News Corp. acquired a 25% stake in the company.