Uber is now operating in 10 cities across India, an expansion that happened in less than a year 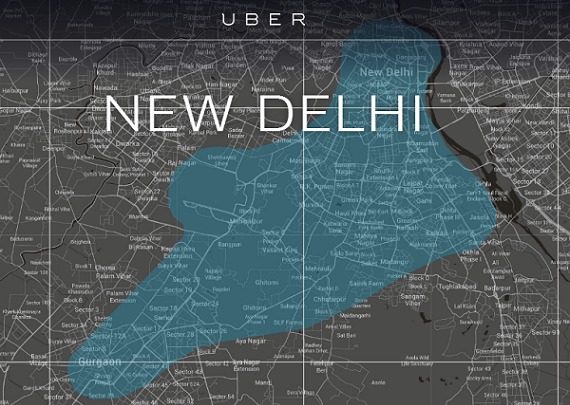 It's no secret that Uber sees Asia as one of its biggest market opportunities. I mean, the company has been on  tear across the continent in the last year.

There is one country in particular, though, that Uber seems especially keen on: India. In fact, the company has just launched in four more cities in the country, it was announced on Monday.

This is a big deal because, now that it is launching in Ahmedabad, Chandigarh, Jaipur and Kolkata, Uber will be active in 10 cities across India. That makes the country Uber's largest market outside of its home country.

As Uber points out, the entire Indian rollout has occured in less than a year. It was on August 29th that Uber made its first stop in the country when it launched in Bangalore. It then expanded to New Dehli, Hyderabad, Chennai, Mumbai, and Pune.

"Our riders and partners have welcomed Uber with open arms, and we have only grown from strength to strength since," Uber said. "Uber India started off as an idea that faced innumerable obstacles in the sub-continent, and is today a shining example of what a talented group of individuals can accomplish."

This was the first time that Uber has ever launched in four separate cities at one time.

As it always does, Uber celebrated the launch with local celebrities. This time it  was: Konkona Sen, an actor; Shaan, a playback singer; Anupam Kher, an actor and producer; Punjab da Puttar Gaurav Kapur a TV anchor; and Purab Kohli, another TV anchor.

And, again, as they always do, Uber is allowing new users to use a code to get three free rides worth Rs. 200 each, valid until the end of September.

Of course, Uber will have some local competition for domination of the Indian marketplace. There is Olacabs, an aggregator of car rentals and point-to-point cab services. The company has raised nearly $67 million in funding, including over $40 million last month. There is also Zify, a ride sharing service that launched earlier this year, and European ride-sharing service BlaBlaCar which is also looking to enter the market.

Uber has been making serious headway into Asia beyond India. Last year it expanded to Singapore, South Korea, Taipai, Dubai, and Shanghai. In April of this year came the big one: the company began rolling out its services in Beijing. Earlier this month Uber began testing out a new non-profit service in Beijing as well.