Flipkart's round comes in second only to Uber's $1.2 billion in June 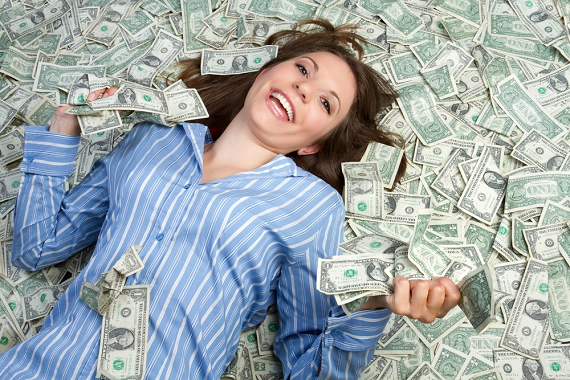 There's a lot of money that changes hand in the tech world, as companies pay billions of dollars on acquisitions all the time, but it is very rare for a company to raise that much money from venture capitalists. It's something that almost never happens, if ever.

Now it has happened twice in two months.

Flipkart, India's largest e-commerce company, has raised an absolutely massive $1 billion funding round, the company revealed on Twitter on Tuesday.

Massive milestone for us... we have raised $1 billion in fresh funding. Huzzah! @binnybansal @_sachinbansal pic.twitter.com/NDbIQCeEJl

Prior to this round, Flipkart had raised around $770 million, most recently picking up a $210 million investment led by DST Global in May. Other previous investors include Dragoneer Investment Group, Iconiq Capital, Vulcan Capital.

With this latest funding, Flipkart will be expanding its mobile presences, as well as adding more verticals to its site, and it will also be acquiring more startups, CEO Sachin Bansal told reporters in Bengaluru.

Founded in 2007 Flipkart is the Indian version of Amazon, with over 70 categories of e-commerce goods, including movies, music, games, mobiles, cameras, computers, healthcare and personal products. Flipkart recently expanded its footprint in in the fashion vertical by buying up online fashion retailer Myntra for $300 million in May.

The company has faced a lot of competition from Amazon in recenty years, and the two companies have been battling it out for supremacy, as Amazon has been expanding to India and attempting to steal away small merchants away from Flipkart, as well as from its rival Snapdeal. Obviously another $1 billion in Flipkart's coffers will help Flipkart fend off at least some of that competition.

E-commerce in India is big business. In all, the space was worth $13 billion last year. Flipkart alone has reached over $1 billion in sales, also has about 4,000 sellers on its marketplace. Flipkart has 18 million registered users, and 3.5 million daily visitors to its site.

By the way, in case you were wondering just how impressive this round is, it may just be the second biggest funding round ever, bested only by Uber's $1.2 billion funding round in June.

VatorNews has reached out to Flipkart for more information, but the company was not available at this time. We will update if we learn more.