India now holds Facebook's second largest user base, behind only the U.S., and it is closing quickly 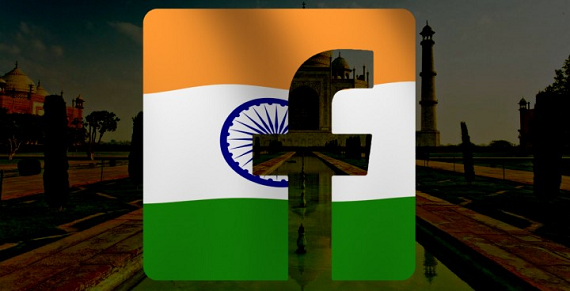 Facebook has been putting a lot of attention on India in recent years and for very good reason: with a huge number of potential users, and a relatively low penetration rate, there is tremendous opportunity in the country.

Those efforts have been working: Facebook's Indian user base has been growing fast, and it ultimately has the potential to be the home of company's largest user base in the world.

Now it seems that it high happen quicker than many people probably expected.

In an interview with the Times of India, which was published on Tuesday, Javier Olivan, vice-president of growth & analytics at Facebook, revealed that, at the end of March, Facebook has reached the 100 million-user mark in India. Even more importantly, 84 million of those users are on mobile, which has become the biggest driver of Facebook's revenue.

Facebook set up its first Indian office in Hyderabad in 2010. At that time it had only 8 million Indian users. By June of last year, it had 82 million monthly active users, 62 million of whom were on mobile. That means it has seen a 21% increase of MAUs in just nine months.

India now has the second largest base of Facebook user's in the world, right behind the United States, which has 182 million. India has now surpassed Brazil, which has 83 million.

So how big can this user base potentially become? According to Olivan, the company is expecting to reach one billion people. To put that in perspective, right now Facebook has 1.23 billion users on the entire planet.

What he is saying, essentially, is that India will nearly double Facebook's entire user base. Of course, he did admit that there will be challenges.

Getting to 10 million users meant only improving the quality of the product, and to get to 100 million it meant making it easy to access on low end devices. To get to the next stage, though, Facebook will encounter a new set of problems: a group of people with little to no Internet access at all.

"For 1 billion, we need easy connectivity, the biggest challenge of our generation," he says. Connecting the rest of the world, of course, has been one of the driving principles of both Facebook and Mark Zuckerberg in the last couple of years.

Facebook has also been using its position in India to find companies to acquire. In January, it purchased Little Eye Labs, a Bangalore-based service which provided performance analysis and monitoring tools for Android developers. The company was shut down, and the entire team relocated to Facebook's Menlo Park headquarters.