If you attended the event, you would have not been surprised, as this company won the hearts of our investor panelists. When Robert Scoble (the emcee of the startup presentations) asked Mayfield's Raj Kapoor, Norwest's Tim Chang and Washington Post's Thao Tran which of the five presenting companies they liked, the overwhelming response was Breakthrough.

The three investors were the investor panelists providing insight and feedback to the last five presenting finalists. Breakthrough CEO Mark Goldenson and Project Manager Sarah Seegal were in that group. The other top five finalists presented in an earlier segment, in front of Matrix Partners' Dana Stalder, Javelin Ventures' Jed Katz and Ackrell Capital's Ezra Roizen.

Being the final startup left standing was not an easy feat. Palo Alto, Calif.-based Breakthrough first competed against more than 100 startups in an online competition that ran a couple months. Through popular voting, Breakthrough landed in the top 25 semi-finalist round. At that point, our online judges, which consisted of the judges onstage as well as North Bridge's Cali Tran, Claremont Creek's Micah Myers, CMEA's Sumeet Jain, HP's Bernard Slede, KPMG's Steven Morgan, and Vator Splash (Feb) winner Tim Hyer of RentCycle judged the 25 semi-finalists based on three criteria.

The combination of the popular vote (40%) and judges' vote (60%) determined the top 10 finalists.

Upon winning the audience favorite vote, Breakthrough went back onstage for a special addition of Vator Box (which is our version of American Idol), called Splash Box.

As part of that segment, Breakthrough presented in front of our investor panelists Aydin Senkut of Felicis Ventures, Rob Hayes of First Round Capital, Rick Heitzmann of Firstmark Capital, and Gideon Yu of Khosla Ventures.  for Splash Box. Ezra Roizen of Ackrell Capital fielded questions.

An online SaaS presentation platform that can “hook and integrate  any and many” digital assets (video, pdf, word doc, URL, etc.) onto one cool interactive screen and email that presentation out as an URL link to any audience for viewing; the first application, InterviewStudio, presents job candidates (their resume, video interview, endorsements, assessment test results, LinkedIn profile, Google info and more all on one screen) for viewing/vetting by recruiters and hiring managers upfront in the process, which saves up to 6 weeks in the hiring cycle, and thousands of dollars in interview travel costs and wasted time spent with candidates who don’t fit.  See sample here:  http://www.interviewstudio.com/show/Kenneth/Stewart/136.  This is NOT a Video Resume!  It's the NEXT thing: the Total Candidate Profile(TM), which aggregates all data about a job candidate on one dashboard.

MYeGamer allows competitive gamers to play one another online for cash.

We’re organizing and incentivizing the behavior of people already spending time doing what they love.

Phone Halo creates software that keeps track of your belongings. It's like Find My iPhone for your Valuables.

Users can easily locate all of their belongings from the smartphone app or log in to the website to locate and manage their items. Phone Halo's technology can track wireless items like bluetooth headsets or items tagged by OEM partner devices such as the Cobra Tag.

OrangeSlyce is the easy, affordable way to hire recommended students for graphic design projects. We are the only marketplace dedicated to connecting talented students from across the nation with small businesses who need design projects completed. The internet is saturated with lackluster “experts” who see each project as just another paycheck. Logos and letterheads, business cards and banner ads, websites and Wordpress; find real value in each project with invested, passionate designers on www.orangeslyce.com.

micromobs is the easiest way to start a group discussion. No more having to deal with long email threads, or archaic group applications. Create mobs for your friends, family, classmates, co-workers, and everyone else in between. Organize your groups!

Cohuman is the simplest most powerful way to keep your team in sync. Easily delegate, prioritize and track tasks with all your teams.

It is an intelligent workspace for coordinating people and managing projects. It promotes transparency and accountability in communications allowing teams to get things done more efficiently.

PERFECT INFORMATION
Cohuman delivers immediate insight into the status of projects, coworkers and the tasks you need to focus on.
1. We provide unprecedented visibility into a team's collective and individual responsibilities.
2. Projects and people are presented with lists of tasks that are ranked in order of priority. We utilize metadata to dynamically rank a task's importance relative to the needs of the team.

BENEFITS
- Focus: Tasks are organized so people can focus on doing the most important things first.
- Transparency: Team members have visibility into the shared actions and needs of the group.
- Accountability: By compelling individual ownership, we reduce business ambiguity.
- Accessibility: Files, conversations and deadlines are centralized, secure and always accessible.
- Email Integration: We work seamlessly with email, so those who don't want to login to Cohuman don't need to.

GOOGLE INTEGRATION
- Attach Google Docs to Cohuman tasks, and we'll handle the permissions
- Sync your tasks to your Google Calendar
- Invite your Google Contacts
- Login and Signup with your Google Account
- Find us in the Google Marketplace and Chrome Store

The long version of our Story:
The challenge we all face in today’s multitasking world is that we are inundated with emails, tweets, social media statuses, collaboration tool notifications, IM’s, buzzes, waves and more. Submerged somewhere in this digital torrent are the tasks we need to act upon as well as the true status of the things we have shared with, or assigned to, others.

The truth is, we feel productive when we merely click on what’s unread in our inbox (a textbook Pavlovian response). We feel a sense of accomplishment when we stay abreast of the chatter. All the energy and time we invest in doing these things is creating a false sense of “doing” and eating into the time we have to get stuff done. We’re on a diet of electronic junk food. The day goes by and despite having been connected and collaborative, we’ve accomplished less than we thought. What’s worse, we experience that nagging feeling that we’ve forgotten to do something.

Cohuman is an online application that cuts through this digital clutter and gives you the power to make, share and track tasks with anyone.

We fundamentally believe that the only way to simplify our lives is to know what our priorities are and to be able to focus on what matters. Cohuman is a social network for all your work and personal tasks. When you share tasks with other people, Cohuman is aware of how all your tasks are related. That’s what Cohuman is – a Task Network. In the same way you keep track of your colleagues and friends via Facebook, Linkedin and Twitter, we empower you to get status updates on all the tasks you’re connected to.

Based on an algorithm that takes into account the network value of a task, Cohuman is able to optimize your priorities and those of everyone in your network by assigning each task a score.

Cohuman lets you:
1. See everything you need to do in one place
2. Prioritize your day, your week, your life
3. Share tasks with others and follow their status
4. Trust you are not forgetting to do anything

The market for Cohuman encompasses everyone who is tired of depending on email to coordinate their life or is simply struggling to manage their priorities. 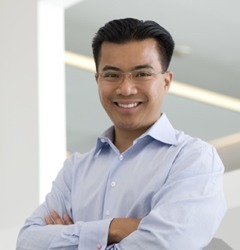 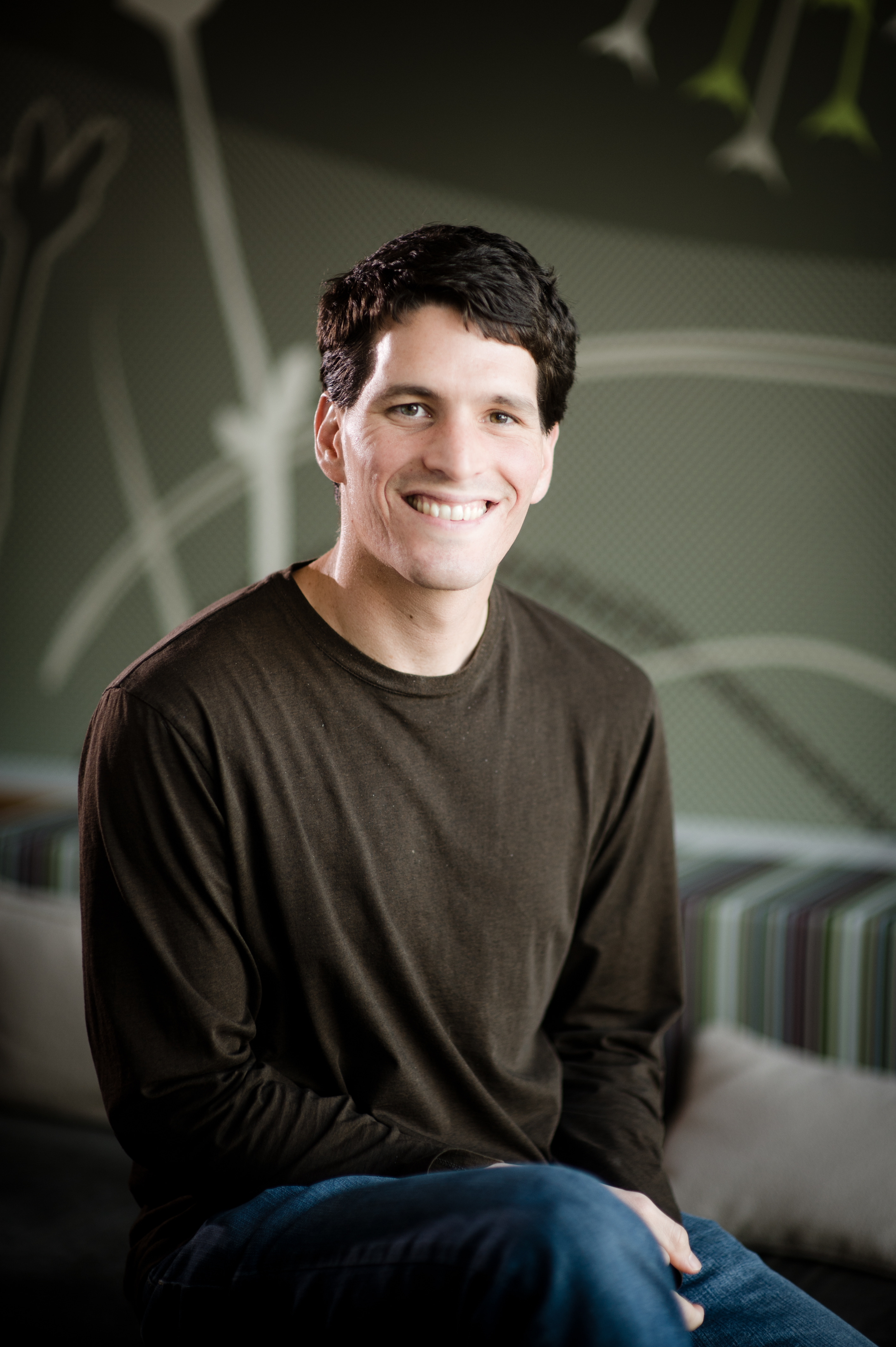 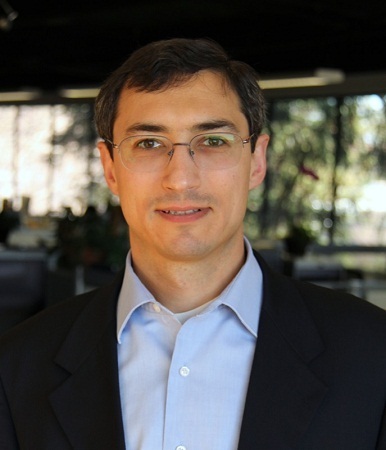