Vator Box is the show where we put founders of early-stage start-ups in front of leading venture capitalists to see whether the entrepreneurs can land a meeting with them.

In this episode, we take a look at Geeklist.

San Francisco-based Geeklist is a way for developers to brag about their achievements and build their street cred, and at the same time for companies to share what they're working on. On Geeklist, you can find developers who claim to have "scaled Twitter" or "started Ruby on Rails" or "built Second Life." Essentially, it's a far more colorful resume or look at a developer.

Ultimately, it's main purpose is to be a next-generation recruiting platform, complete with the ability to "follow" people or companies and high five people you like.

Reuben Katz, founder and CEO of Geeklist, gave his 90-second pitch before David Hornik, a partner at August Capital, and Rebecca Lynn, a partner at Morgenthaler. Geeklist has already raised $600,000 from notable angels, including Jeff Fluhr, founder of Stubhub and Spreecast. See all the investors here. And, the young company has also already landed its first customer - Spotify, which pays a monthly subscription fee.

Here's a few highlights and abridged answers to some questions the VCs bring up (so you'll have to watch to really get Katz's responses):

- Hornik asks about how the reputation system works so that no ordinary Joe could just claim that he created something, like say Google.

Katz says there's no reputation system built in just yet. But it's coming.

- Lynn asks about the market size/number of developers.

- Lynn also asks how the company competes with Github and Stack Exchange.

Katz says the company works with them, and is integrated with Github.

- Hornik asks if there are ways to integrate or partner with Code Academy.

Katz says that Geeklist is considering having its own Geeklist University. Stay tuned.

For their final feedback, Hornik says that if Geeklist can nail gamification and really create incentives to get people claim their expertise, Geeklist can become a valuable database of informaiton.

Lynn says that certification wil be key. If there's a way to verify those on Geeklist, it wil become a valuable tool to recrutiers. She also encouraged Katz to test out the product with larget multinationals to understand their needs and how Geeklist could be useful to them.

Geeklist is the first ever achievement based network for developers to showcase their accomplishments, share their resources and connect with companies. ( Here's a private beta invite for Vator/Splash geekli.st/invite/founders code: bloodymary )

There is no other place on the web where you can find out who built what, using which technologies, who they built it with, when and for whom. 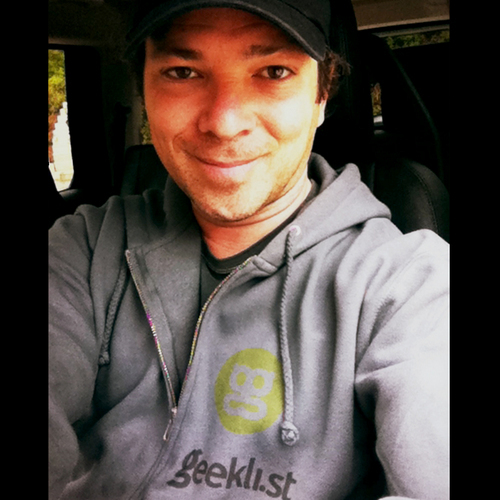 I'm building Geeklist. I founded my first VC backed company in '99 and sold it in 2002. Been building businesses since. This is by far my most exciting...