With so many high profile hackings, cyber security has become a hot space with numerous acquisitions 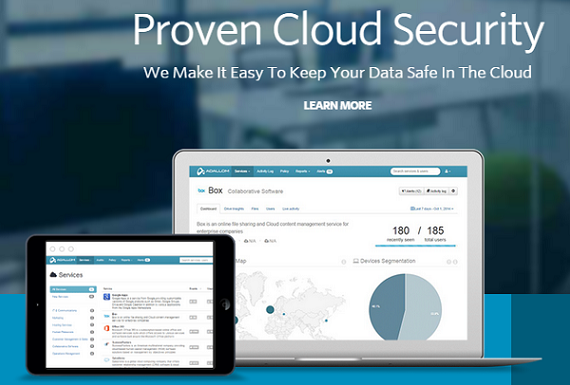 With at least one new big cyber security hack happening at least once a year now, be it Target, Sony Pictures or Ashley Madison, to name just a few, its no wonder there have been a rash of security companies both raising funding and being acquired. It's the hot new trend, and for good reason.

Microsoft is the latest to get in on the action, announcing on Tuesday that it has acquired Adallom, an Israeli provider of Software-as-a-Service (SaaS) security.

A number of Adallom employees, including co-founder and CEO Assaf Rappaport, as well as "other key member of the leadership team, including the co-founders are joining Microsoft, and we expect a high percentage of the Adallom workforce to join Microsoft," a spokesperson said.

For example, if an employee who is leaving the company decides to download the company's entire database and take it with them, Adallom will be able to detect it, as opposed to pre-existing defense mechanisms, which would never know it happened in the first place.

Adallom will also alert the company if someone tries to access the network from infected device, another problem that would have gone unnoticed with current security measures.

"Adallom expands on Microsoft’s existing identity assets, and delivers a cloud access security broker, to give customers visibility and control over application access as well as their critical company data stored across cloud services,"  Takeshi Numoto, Corporate Vice President, Cloud and Enterprise Marketing at Microsoft, wrote in a blog post.

"As a cloud-delivered, security-as-a-service solution, Adallom will complement existing offerings that Microsoft makes available today as part of Office 365 and the Enterprise Mobility Suite (EMS), including our recent Microsoft Advanced Threat Analytics release."

While Adallom will become part of Microsoft, it will continue to operate, at least for the time being.

"We will continue to sell Adallom’s products directly post-acquisition while working on integration plans. We will share more about the roadmap in the future," the Microsoft spokesperson told me.

"When we launched Adallom, we had a vision to make it easy to keep your data safe in the cloud. We have delivered on that vision with visibility, governance and protection for the most popular cloud applications used by businesses worldwide and now, by joining Microsoft, we will have the opportunity to help many more customers take advantage of cloud applications without compromising security," the company wrote in a note on its homepage on Tuesday.

"We will continue to sell the Adallom solution and support our customers while we complete the integration into Microsoft."

The acquisition of Microsoft comes as the world is going cloud first, and mobile first, which means that identity is becoming increasingly important as well.

"To date Microsoft has invested heavily in supporting our customers with leading identity and access management capabilities in the cloud with Azure Active Directory. Adallom now adds leading identity-driven security capabilities that help customers secure their data as it resides in cloud applications.  Adallom provides visibility into employee login events and data usage, as well as governance policies and proactive protection. Adallom does this for popular SaaS applications as well as for custom applications and IaaS environments," the Microsoft spokesperson said.

"Together with Microsoft’s strength and scale in both on-premises and cloud directory with Active Directory and Microsoft Azure Active Directory, we believe that Adallom will provide a very powerful combination for our customers to protect their company data in the cloud."

Founded in 2012, Adallom had raised just under $50 million in funding, most recently a $30 million roundin April of this year. Investors have included Index Ventures, Sequoia Capital, Hewlett Packard Ventures and Rembrandt Venture Partners.

This is acquisition number 12 for Microsoft so far this year.

It  purchased Equivio, a provider of machine learning technologies for eDiscovery and information governance, and then bought Revolution Analytics, a provider of software and support for the open source R statistics language, in January.

Others in the security space to be acquired this year include Israeli Internet of Things security platform Sansa Security, which was bought by superchip designer ARM; AtHoc, a provider of secure, networked crisis communication, was purchased by BlackBerry; Caspida, a machine learning and behavioral analytics company, was acquired by Splunk, a provider of a software platform for real-time Operational Intelligence, to create a security analytics solution; and OpenDNS, a privately held security company, was bought by Cisco.

Those were the deals from just the last couple of months.

VatorNews has reached out to Adallom for further information about the company's future. We will update this story if and when we learn more. 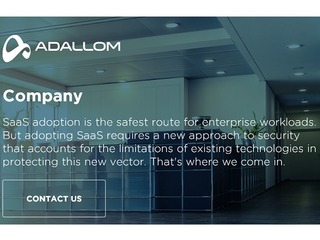