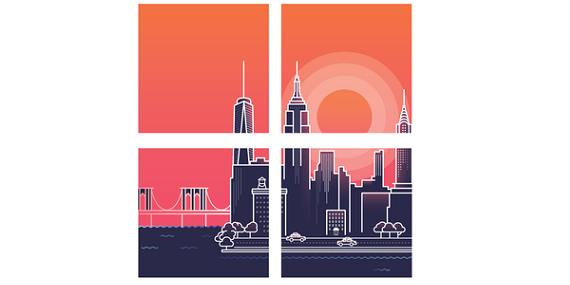 Last week rumors began flying around that Microsoft had purchased calendar app Sunrise, an indication that Microsoft, following its acquisition of e-mail startup Acompli in December, was taking a serious stab at becoming the go-to source for mobile productivity apps.

Now the company has made it official, revealing in a blog post on Wednesday that it had finalized the acquisition. No financial terms of the deal are being disclosed by either side, but the number reported last week was around $100 million.

The deal was apparently revealed earlier than expected, according to ReCode; earlier on Wednesday a video showed up on YouTube confirming the deal. The video was taken down, but now that the cat was out of the bag, it just decided to let everyone know. The video is now back up, and can be seen at the bottom of this article.

Buying Sunrise gives Microsoft a big leg up in the productivity app space, and will help Microsoft make a push toward being a mobile-first company.

"We are making this acquisition because we believe a reinvention in the way people use calendars on mobile devices is long overdue. Our goal is to better help people manage and make the most of their time in a mobile-first, cloud-first world," Rajesh Jha, Corporate Vice President at Microsoft, wrote.

"This is another step forward on our journey to reinvent productivity and empower every person and organization to achieve more."

Microsoft is keeping Sunrise in place, at least for the time being, with a spokesperson telling VatorNews that it "will remain in market and free after the acquisition."

In a blog post, Pierre Valade, co-founder and CEO of Sunrise, reiterated the same sentiment, saying that the purchase would be "just the beginning" for the app.

"Both Sunrise and Microsoft share this vision to make your life a little easier by focusing on time, design, and building experiences that delight you everyday. We can’t wait to show you what we’ve been working on lately," he wrote.

Specifically, by now having access to Microsoft's resources, Sunrise will be able to build out its team by hiring more designers and engineers, and to "build the best product to help you manage your time."

It will be interesting to see what plans Microsoft does have for Sunrise going forward, considering what it did with Acompli: after buying the company for $200 million, Microsoft re-released the app in January, and rebranded it as Outlook, which is the company's e-mail app for the PC.

"We will share more about future plans in the coming months," a Microsoft spokesperson told me.

Founded in 2012, the New York City-based Sunrise has raised over $8 million, most recently picking up a $6 million Series A round from Balderton Capital and existing investors in July. Other previous investors in the company include Andreas Ehn, Slow Ventures, Fabrice Grinda, BoxGroup, David King, and NextView Ventures.