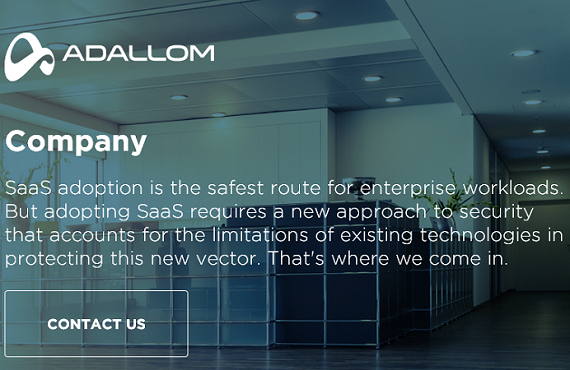 With Saas adoption taking off, and many enterprise companies migrating to from data centers to the cloud, a new problem has arisen: SaaS systems need new types of security from internal, and external, threats that existing defense mechanisms are not able to stop.

That is why Adallom, a provider of Software-as-a-Service (SaaS) security, has come along. The company has now raised $15 million in Series B funding, it was announced on Tuesday.

The round was led by Index Ventures, with participation from existing investor Sequoia Capital Israel. The company had previously raised a $4.5 million round, led by Sequoia Capital, in December 2012, bringing its total amount raised to $19.5 million.

The funding will be used to grow its research and development team in Israel, doubling it from 20 employees to 40, Assaf Rappaport, co-founder and CEO of Adallom, told me in an interview. In addition, it will also be used to build out the sales and marketing team in North America, growing it to 35 people.

In addition to the funding news, it was also announced that Shardul Shah from Index Ventures has joined Sequoia Capital’s Gili Raanan and Zohar Zisapel on the Adallom board of directors.

The company, whose name means "last line of defense" in Hebrew, provides security for SaaS applications and cloud services by monitoring all activity, detecting unauthorized access and protecting users in real time.

"There is a gap in the SaaS world," Rappaport said, where more and more software vendors are on these types of systems, including Workday, Salesforce, Workday and Office 365, yet the security for these networks has lagged behind.

Current network security is becoming less relevant as more companies move to Saas, he said, because the data is moving out of data centers and onto networks where it can't be as controlled.

So, for example, if an employee who is leaving the company decides to download the company's entire database and take it with them, Adallom will be able to detect it. With pre-existing defense mechanisms, the company would never know it happened in the first place.

Adallom will also alert the company if someone tries to access the network from infected device, another problem that would have gone unnoticed with current security measures.

"Current security measures don’t into take into account that digital access no longer in data center," Tal Klein, the vice president of marketing at Adallom, told me. "They can be accessed on managed devices, starbucks, and public networks. Tools to protect data in data center are moot."

Adallom, Rappaport said, is the only company that is currently providing this type of security for SaaS networks. It was also the first SaaS security vendorthat was invited to join the Microsoft Active Protections Program, by offering real-time threat mitigation for Office 365 exploitations and vulnerabilities.

"We want to maintain th idea of accessing a network at any time, anywhere, in order to help to grow business," he said. "We are the new generation of security."

Founded in 2012, the Menlo Park, California-based company currently has more than 20 enterprise customers in Israel and the United States, catering mostly to medium and large businesses, which Rappaport say, "have more pressure, and are more targeted by other organizations."