FantasySalesTeam gamifies the sales contest, modeling them on fantasy sports 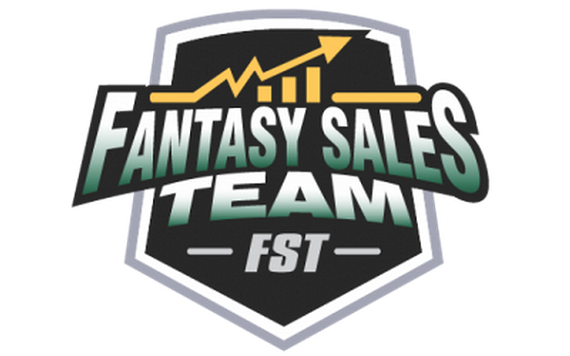 There has been a huge rise in the e-sports category in the last couple of years, including fantasy leagues, e-sports betting leagues and game-streaming sites, all raising funding or getting acquired. There's obviously something about that sense of competition that really appeals to people.

So, what if you took that concept and applied it to real life? Would it work as well when the league you were competing in had to do with work instead of professional sports? That is the idea behind FantasySalesTeam, a software platform that allows sales leaders to run more sales contests modeled on fantasy sports.

It's an interesting idea, so much so that Intent Games, FantasySalesTeam's parent company, has just been acquired by Microsoft, it was announced in a blog post from Bob Stutz, Corporate Vice President of Microsoft Dynamics CRM, on Monday. The company acquired the FantasySalesTeam product and IP as well as some of the employees, including founder and CEO Adam Hollander.

While no financial terms of the deal were disclosed, but it was revealed that the FantasySalesTeam platform will be integrated into Microsoft's offerings.

"We will continue to support FantasySalesTeam customers using Dynamics CRM and are evaluating options for non-Dynamics CRM customers, though they will of course be supported through the terms of their contract," a spokesperson for Microsoft told VatorNews. " This is a small company with a handful of employees that will come over to Microsoft as part of the acquisition."

"Working with hundreds of sales managers and thousands of reps – we have identified what makes for effective and ineffective sales contests.  We recognized that to run a truly great incentive program, a simple software platform was necessary," the company says on its website. "One that’s flexible and customizable to fit any sales environment, can monitor dozens of performance metrics without operational hassle, and rewards competitive as well as team based selling."

To use it, a team would pick and theme and duration for their competition, and then create their sales metrics, where certain taks would have certain point values. For example, making 10 calls might equal one point. Or a team would get five points for every $100 in sales, or 10 points for every new customer. There would also be prizes set up, either trophies and name plates, or incentives like better parking spots. Players could also draft other employees onto their team.

FantasySalesTeam also provided a dashboard so each team could track their results and see their rank.

The service has shown impressive results. When Service Corporation International ran a pilot with 130 sales reps, and then compared their performance to almost 700 others, those using FantasySalesTeam on average closed 88 percent more deals at 213 percent the average contract value.

"While others in the market offer gamification solutions, what made FantasySalesTeam so appealing is that they apply these game concepts in the context that is team based – which we understand to be far more effective because it creates an environment where employees feel invested in each other’s success.  The program is built with this concept in mind and they understand how salespeople work and how sales teams work," the Microsoft spokesperson said.

"FantasySalesTeam is an amazing success story and fast growing business that uses customizable gamification to spur team collaboration and increase output.  This goes to the heart of our core ambition to reinvent productivity.  We are looking to drive adoption of CRM with all of our customers.  We have found that management can implement a system, but that system is only as valuable as the data being input into it. FantasySalesTeam creates an environment in the sales setting that encourages users to leverage and get more from their CRM.  It’s also proven to drive impactful results across a company’s most important sales and service metrics."

"This acquisition is a testament to the power of gamification when designed and implemented the right way. It’s also an example of the forward thinking and innovation that Microsoft Dynamics CRM is delivering to its customers.  If the feedback and results from our current users are any indication, this is going to bring immediate and impactful success to the thousands of customers using Dynamics CRM," Hollander wrote in his own blog post.

The e-sports category hit a record quarterly high in the second quarter of this year, with $37 million invested in 12 different deals.

Companies in the e-Sports and game-streaming categories have raised just over $295 million since the start of 2010. A total of 56% of them, have come since September of 2014, when the biggest deal in this entire category went down, Amazon's nearly $1 billion acquisition of social video platform Twitch.

VatorNews has reached out to FantasySalesTeam for further information regarding the deal. We will update this story if we learn more.