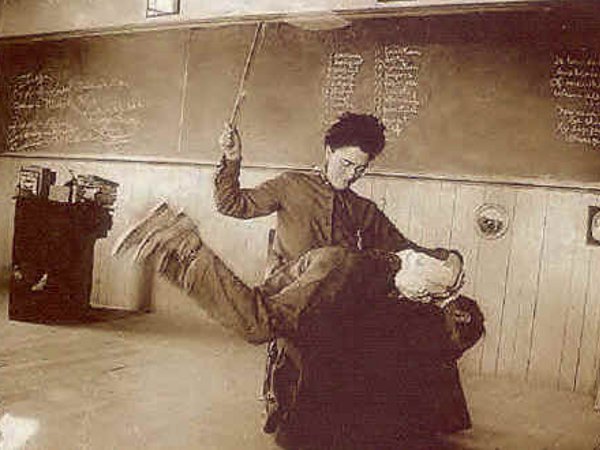 For those who have considered K-12 teaching, a few concerns immediately come to mind. Is the pay worth it? What if you’re not effective? And probably most importantly, how do you maintain order in a room full of kids?

Classroom management is a very real issue for most teachers, and it’s one of the top reported causes of teacher burnout. One out of every two new teachers in the U.S. will quit in the first five years—mostly due to a too-heavy workload. But many report simply being overwhelmed with how much of their time is being wasted on behavior management. Teachers in districts with more acute levels of poverty are even more likely to cite behavior issues as a primary reason for considering quitting.

One 2004 study surveyed 725 teachers, as well as 600 parents, and found that 77% of teachers admitted that their teaching would be much more effective if they weren’t spending so much of their time dealing with behavior issues. And 43% of parents said that they believed their child would accomplish more in school if their teachers weren’t so distracted by behavior management.

In a 2003 study, fully 43% of teachers surveyed said they devote more than 50% of their day just to behavior management. That's half a school year being wasted.

Is behavior more difficult to manage now that teachers can’t simply resort to the paddle when problem students act up? Short answer: yes. Long answer: no, because an authoritarian disciplinary system provides short-term relief for teachers and administrators by teaching students not to get caught.

But why is behavior such a problem today? It can’t all be due to the fade-out of corporal punishment. Classroom management theorist William Glasser points out that “prior to WWII, we didn’t have specific discipline programs. We maintained order in school by throwing out the unruly and flunking out the unmotivated. Now we keep those students in school and try to find ways to keep them quiet.”

A number of schools are leaning towards the “good old days” by implementing zero tolerance policies—one-size-fits-all sentences that give students the boot for breaking the rules. The problem is that they don’t work. Out-of-school suspensions have doubled in the U.S. over the last 20 years, and those students are predominantly students of color, with a full 40% being black.  And students who are expelled or suspended are more likely to become entangled with the youth justice system. Furthermore, zero-tolerance policies are an overly simplistic, reactionary response to the unique and complex issues underlying each incident of bad behavior.

The answer isn’t to just shuck these kids off, but to implement preventative measures to head off bad behavior before it starts.

Research has shown that students learn better in a positive classroom environment—specifically, one that is safe, secure, and supports caring relationships between teachers and students. But it’s not just about encouraging kids to follow the rules and be quiet.  Creating a positive classroom environment is about character development. To get kids to get along and treat one another with respect, they need to develop social-emotional awareness and a sense of self-reflection. Studies have shown that schools that emphasize character development—particularly pro-social behavior and interpersonal skills—see higher rates of attendance, lower drop-out rates, and even higher standardized test scores.

But how do you encourage the development of abstract character traits like curiosity, teamwork, perseverance, or leadership? Is there an app for that? Of course there is!

Last fall, two British grad students--Sam Chaudhary and Liam Don--working on their doctorates in education technology left the UK and transplanted to Silicon Valley to work on a new project: a classroom management solution that allows teachers to reward good behavior and encourage character building.

The end result has been ClassDojo, a free service that allows teachers to customize the behaviors they want to encourage and reward students instantly for demonstrating those behaviors. The students are given cute little avatars and a seating chart is projected on a smart board or the wall using a projector. When a student engages in a positive behavior, the teacher can award him or her feedback points from a smartphone, tablet, or computer, which triggers audio-visual cues, so the whole classroom can acknowledge the student’s good work. More importantly, it allows students to monitor their own behavior and track their progress.

“For too long, we’ve thought of behavior as discipline,” said co-founder and CEO Sam Chaudhary, in an interview. “You get really bogged down in negativity.”

ClassDojo allows students to work toward a goal rather than avoiding punishment, and the fact that their progress is put on display for everyone to see makes good behavior something the whole class is involved in, rather than just the responsibility of a few problem students. The Child Development Project highlighted the fact that schools need to emphasize not just autonomy and competence, but a sense of belonging as well. When a student is made to feel like an irreplaceable member of the school community, he forms an attachment to his class and school just as he does his family and friends.  What’s cool about ClassDojo is that it doesn’t just reward students with points; it makes their progress something that all of their peers can see and acknowledge.

“ClassDojo has had an amazing effect on my classroom environment, especially during our independent work time,” said Stacie Williams, a first grade teacher in Roseville, California. “The students love to earn points, and the sound of students earning points is very encouraging and motivating as well, especially for my students with autism.”

Once students in Stacie Williams’ class reach a certain personal point goal, they’re given a certificate to take home to their parents.

The platform is getting some pretty remarkable results. In a survey of its users, teachers reported a 50% to 80% increase in positive behavior after implementing ClassDojo, and a 45% to 90% decrease in negative behaviors.

“My students have disabilities that lead to focus and behavior problems. I need to reward them every five minutes to keep them focused. ClassDojo makes awarding over a hundred points per 15 students per week as easy as it could be,” said Special Education teacher Lucas Machado. “Before this I was using sticker system where I would give them a sticker for every accomplishment. They could buy things when they filled up a sticker chart. That meant buying the stickers and sticker charts and handing them out every other second. If I wanted to reward the whole class it would take too long to hand everyone a sticker so I had a class points to keep track off on the white board.”

But creating a positive classroom environment is a two-way street. Research has shown that the most effective teachers are the ones who are constantly evaluating themselves and their teaching methods.  ClassDojo actually helps with that as well. No teacher is a totally objective, all-seeing, all-knowing floating eyeball.

“When I was teaching, I started keeping track of who I called on in class, and I found that I tended to call on this one particular corridor of students,” said Chaudhary.

To help teachers become more aware of how they’re influencing the classroom environment, ClassDojo collects and automatically records data from the teacher’s interactions with students—such as feedback points, who they were given to, at what time, in what class, how often, and so on. This allows teachers to see patterns in their own behavior, such as whether they’re focusing too much on one or two difficult students, or if they’re favoring a handful of other students, and more.

The Imagine K-12 graduate initially launched in September 2011 with 80 teachers using the service. Its user base has since grown to more than 3.5 million teachers and students across 30 countries, all while in private beta. The company emerged out of private beta last week with $1.6 million in seed funding.

Tune in on Tuesday, September 4, when we'll be taking a look at games and "edutainment." 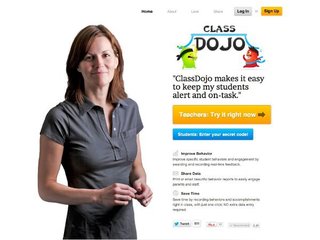