Learning doesn't happen in a vacuum; how social networks are adding a new dimension 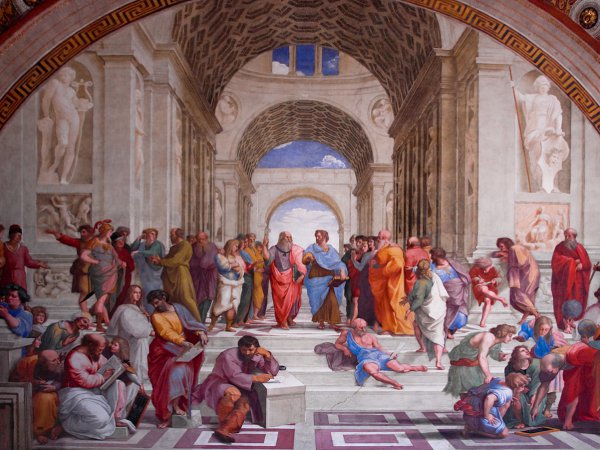 These days, there are social networks for every kind of social circle—whether its friends and family (Facebook), shared interests (Twitter, Pinterest), health (HealthTap), and even neighbors (Nextdoor).  Social networks for education were a logical next step.  This is nothing new to higher education, which has used sites like Blackboard for years.  Sites like Piazza and OpenStudy have taken educational social networks into the 21st century, but social networks for K-12 classrooms have been much trickier to implement.

How do you create a social network for a K-12 classroom when (1) some of your students may not have Internet access at home, and (2) the Internet can pose a very real danger to kids?

The solution isn’t to just hide from the Internet and pretend it doesn’t exist.  The jobs of tomorrow are going to assume a certain baseline of Web fluency.

“There are new demands on people to be smarter, more strategic networkers in this new environment,” says Lee Rainie, Director of the Pew Internet & American Life Project and the author of Networked: The New Social Operating System.  “As we move into the future, success at a personal, social, and economic level will increasingly be tied to  1) how adeptly and quickly people search, 2) how shrewd they are in seeing patterns in the information they gather, 3) how tech and media literate they are so that they can find high-quality, reliable information, rather than junk or misinformation or disinformation, 4) how well they can think critically about what they’re assembling among different information sources, 5) how diverse the sources of information are that they are gathering (usually from diverse social networks, as well as websites), 6) how smart they are about building their social networks and maintaining them,  and 7) how wisely they allocate their attention – when to fully engage with their networks and information, and when to disengage and give themselves time to think, time to evaluate, and time to make sense of it all.”

Thus, the Web and technology in general can’t just be ignored; they have to be acknowledged and made a basic language of the classroom.  The question is, how do you ensure everyone has access and how do you ensure their privacy will be respected?

Edmodo is one company that's coming up with solutions.  Edmodo has developed a platform that allows teachers to create closed networks for their classroom by giving students and a private invitation code.  In essence, it’s like an entire Facebook ecosystem devoted exclusively to one class at a time.  Teachers can pose questions and challenges for extra credit, and students can ask questions and interact with one another.

Last summer, the company added a bunch of new features, including badges, which allow teachers to incentivize engagement with games and personalized rewards; quizzes that teachers can create and assign themselves; student profiles that are generated by students’ activity on the site, and more.  Edmodo even has its own iPhone and Android apps that allow users to connect by simply bumping phones.

The platform has over eight million users, one million of which are teachers.  That’s up from 2.5 million users in August 2011.  It has also raised $40 million from such heavy hitters as Union Square Ventures, Greylock Partners, NEA, Benchmark Capital, and Learn Capital.

“Because Edmodo has Droid and iPhone apps, most kids have access,” says Jennifer Bond, a third grade teacher in Michigan.  “When I have assigned videos to create and post, some kids had to use the class computer.  I do not make it mandatory that they log in at home, but it is always open to them if they choose.”

“The site is most effective when the whole class joins,” says Edmodo COO Crystal Hutter.  “Usually, all of the students join in a pretty quick period of time.”

The site got its start when co-founders Jeff O'Hara and Nic Borg were working together in the IT department of a school district and found themselves having to block a number of social media sites.  The solution, they realized, was not to block sites, but to create a place where students and teachers can interact safely and securely.

The platform has a number of different uses.  Jennifer Bond says she uses it in three different ways: first as an extension of her classroom by posting helpful videos and websites that students can check out, secondly as an in-class activity that students can do during computer lab time, and thirdly as a network through which to connect with other teachers.

“Having the ability to click a button and put another teacher's resource into my library is such a timesaver,” says Bond.

That ability to connect and share with other teachers is definitely a valuable asset, since teaching is not done in a vacuum.  In 2010, Teach For America released its data on the most effective teaching methods and strategies, and the data showed a common trend: the most effective teachers are those who are constantly re-evaluating their teaching methods and trying out different strategies and techniques.  What better way to do that than to find out what has worked for other teachers?  Interestingly, the data also revealed that the results are even better when teachers include students and parents in the process of finding structures and strategies that work.  Thus, it makes even more sense to form an open platform of communication among teachers, parents, and students.

But schools and social media have had a rocky history, with a number of schools blocking students’ access to sites like YouTube and Facebook.  But in recent years, it’s become increasingly clear that such sites have a lot to offer, and simply putting a blanket block on all content from one site is not the solution.  The answer is to find better controls, which is what YouTube did when it introduced YouTube for Schools.  Edmodo offers a similar alternative at a time when most students are not only online, but on Facebook and Twitter and looking to connect with their teachers and classmates.

Teachers and students aren’t just using classroom-specific social networks.  Jennifer Bond says she also uses Twitter with her students, and the classroom has frequent Skype chats with people, such as Bryan Chick, author of The Secret Zoo series.  Bond also says that she and the students recently had a Google+ hangout with the Lieutenant Governor of Michigan.

Online hangouts and Skype chats are fun, but what are the end results?

Bond says that one of the interesting upshots of getting her classroom on Edmodo is the way in which the students have taken ownership of the space as a place to not only connect with their friends and classmates, but also to add content that connects to what they’re learning in class.

“In addition to the academic benefits, Edmodo also has helped reinforce being a responsible digital citizen,” says Bond.  “I am hopeful that the students that have been exposed to edmodo early on will build a stronger foundation in their digital citizenship and avoid the issues many of our tween/teens are having with social media now.”

OpenStudy is a platform for peer-to-peer study help that's delivered right away from students around the world, to help high school and college students find answers immediately while learning and empower them with a unique brand of celebrity and credentials through helping others.

Since coming out of beta in March of 2011, OpenStudy has grown into a platform that 200,000 students use to study together each month.  Learners come from 180 countries and over 2,000 schools.  Users ask over 2,000 questions per day, and 70% of questions are answered by a global set of peers within five minutes.

OpenStudy is used on openstudy.com, mobile, and embedded on digital content sites such as MIT OpenCourseWare, Yale Open Courses, and dozens more.