U.S. schools are struggling, and Silicon Valley is emerging as an unlikely hero 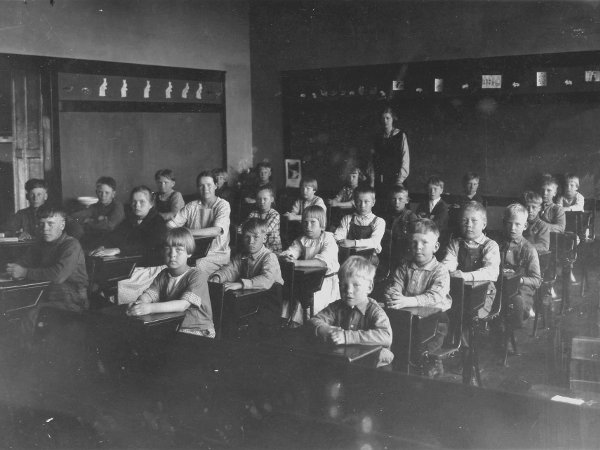 Teacher dropout rates aren’t much better.  Teacher attrition (turnover) has risen 50% over the last 15 years and now averages at 16.8%.  In urban schools, it is 20%.  Nearly one out of every two new teachers in the U.S. quits within five years.

Most people would agree that those numbers point to an unsustainable system, but few have a quick solution ready to fire off when asked.  A recent poll found that most people believe the answer is more money, but federal spending per pupil is the highest it’s ever been in history, currently standing at over $10,000 per student per academic year.  When adjusted for inflation, that’s nearly quadruple the spending per pupil in 1960. 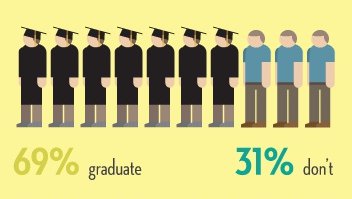 Nevertheless, on average, more than 30% of high school students continue to drop out.  And students from the lowest quartile of family income are seven times more likely to drop out than a student from the highest quartile.

To be fair, the dropout rate today is the lowest it’s ever been.  In the 1960s, a 69% high school completion rate would have been touted as a success story.  But in the 1960s, a high school diploma had a lot more clout than it does today.  Today, an unfinished high school education virtually guarantees a life of poverty.  We all know that those who drop out of drop out of high school earn significantly less over their lifetimes than those who graduate, but this is also an economic issue for the country as a whole.  Dropouts from the class of 2010 alone will cost the U.S. more than $337 billion in lost wages over the course of their lifetimes.  Just increasing the graduation rates of students of color to the levels of white students by 2020 would boost the economy by $310 billion.

Large, blanket initiatives like the No Child Left Behind Act clearly aren’t the answer—for many reasons, least of which is the fact that they don’t address the specific needs of individual students, schools, and communities.

Consequently, new solutions are popping up in unlikely places—like Silicon Valley.  Entrepreneurs are applying their resources to developing new technologies to address virtually every facet of education, from flagging STEM (science, technology, engineering, and mathematics) test scores to the achievement gap.  It makes sense—Entrepreneurship 101 says to create a product that meets a real need in the market.

U.S. schools aren’t exactly your typical consumer-Web market.  They’re operating on tight budgets that have only gotten tighter over the last four years.  Teachers are being laid off in droves and class sizes are doubling, so how exactly are for-profit tech startups going to find a receptive market in public education?

“Pearson’s been doing it for over a hundred years,” said Wayee Chu, a partner at NewSchools Venture Fund, in an interview.  Chu co-leads the NewSchools seed fund and focuses on early stage tech companies.  “Schools already purchase ninety percent of their resources from for-profit companies.”

Chu also pointed out that 40% of teachers are under the age of 30, which means nearly half of the current teacher population is made up of digital natives.  But just because they’re familiar with the technology and know how to use it (remember the bygone days of spending an hour of class time trying to get the TV working?) doesn’t mean they can afford it.

As the old adage goes, necessity is the mother of invention.

“Budget cuts are squeezing decision makers to better leverage technology,” said Chu.  “Rocketship is a great example.  It’s made some strong strides in California, which has the leanest education budget in the country.”

Rocketship Education is a chain of public schools that uses individualized learning via online technology to help bridge the achievement gap in California.

“The question is, how do you monetize with a bottoms-up strategy?  Some edtech startups support a freemium model, but are you really going to charge teachers premium rates?” said Chu.  “One way to monetize is to find an ‘anchor teacher’ who adopts the tool and helps it go viral among other teachers, which then puts pressure on administration to adopt it.”

“In the early days of the Internet in the mid-1990s, no one was making money.  But if you get enough people using it, it can go viral and then you can build a business model around it,” said Tim Brady, co-founder of Silicon Valley edtech incubator Imagine K12.  “There will be waves in the edtech revolution.  This wave is all about getting the tools in the right hands.”

Brady believes that right now, we’re still in the nascent stages of edtech, and only time will tell us what works and what doesn’t work.

But there are a lot of exciting developments on the horizon—many of which are having real impacts now.  In this series, we’ll be looking at some of the startups that are converging around new movements in edtech, from classroom gamification and “edutainment” apps to “flipped” classrooms and adaptive learning platforms.

Both Wayee and Tim agree that the startups that are going to have the biggest impact on education are the ones that help teachers teach.  Technology can’t replace the teacher, and putting a child in front of a computer is not going to save our high school dropouts.  Technology can, however, enhance learning outcomes by making the teacher’s life a little easier.  Currently, some 80% of a teacher’s class time is tied up in classroom management.  Factor in prep time, grading, lesson plans, dealing with administration, and testing, and that leaves a pretty small fraction of time for actual teaching.  In fact, the majority of teachers who quit in their first five years identify an unmanageable workload and too little time in the day to get everything done as one of their primary reasons for leaving. 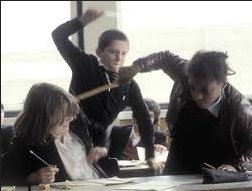 The tools that can have the greatest impact on education are those that can automate a large chunk of the grunt work teachers have to do every day.

But there is a world of potential tech solutions to some of the most pressing needs facing education, from consumer-facing sites and mobile apps to video lectures and online classes.  Indeed, over the next few weeks, we'll look at startups addressing a wide range of needs in the education system, including STEM education, the achievement gap, college readiness, peer-to-peer learning, classroom management, individual learning styles, and more.  Tune in next Monday when we'll be taking a closer look at the edtech ecosystem.

If you have an edtech startup that you’d like to speak with us about, you can email me at faith.merino@vator.tv.

We believe technology is transforming K-12 education.  The infrastructure, hardware, software, and platforms are either available or being developed that will change the nature of how we teach our children in profound and far-reaching ways.  A high-tech wave is beginning to sweep through the educational world largely driven by technology entrepreneurship.   But the impact of those entrepreneurs will depend on the quality of their ideas, their ability to execute, and their ability to get funded.

Imagine K12 is a for-profit enterprise looking to invest time, experience, energy and resources in entrepreneurs who have a passion for education and the technical know-how to create their vision.  Over a three month period, we will draw on our extensive entrepreneurial experience, understanding of the Silicon Valley ecosystem, and knowledge of the education industry to help bring your idea to life, get your company funded, and to get your company on the road to success. 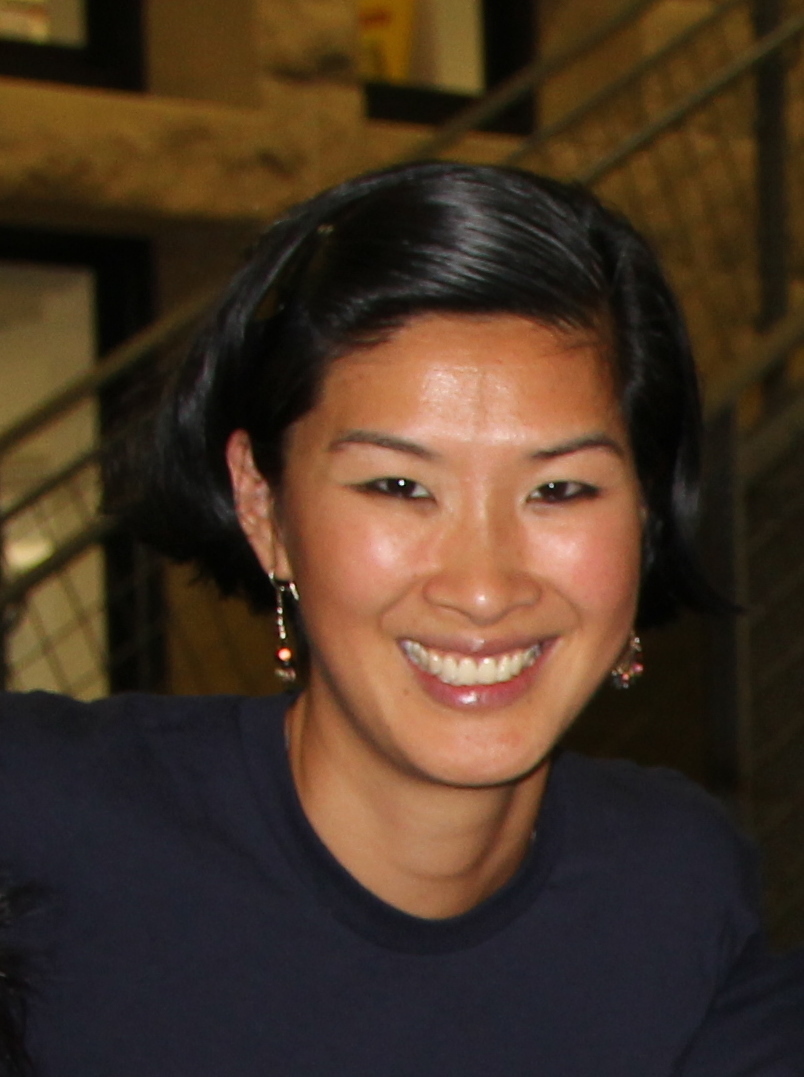