How YouTube is helping teachers reinvent the traditional classroom structure 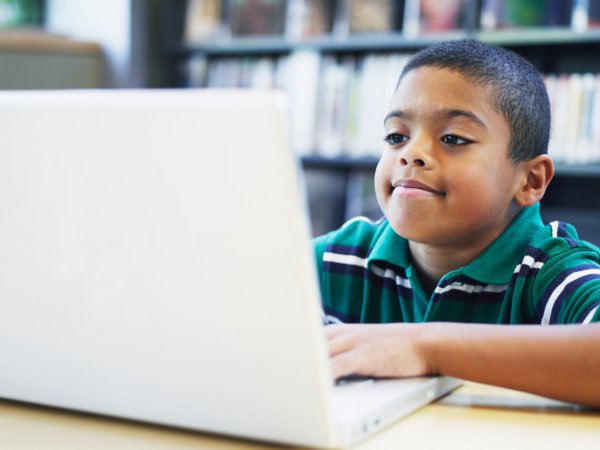 My social circle is populated with math-phobes, because I’m something of a math-phobe.  It takes a lot of confidence and conviction to stand up and say definitively, “I have the answer!  And lo, gaze upon it.”  So I understand when friends of mine post a question from their sixth-grader’s math homework on Facebook in an attempt to crowdsource the answer so they can help their kid.

That’s one of the advantages to flipped classrooms—classes that switch up the traditional structure of lecture and homework so that students watch the lectures at home on their computers, and then engage with the material in the classroom.  Not only can students follow lessons at their own pace at home, but parents can also follow along as a refresher so they can be better study-buddies for their kids.

“I had parents who watched the videos so they could help their students,” said Will Kimbley, a seventh grade Computer Applications teacher in Fresno, California.  Kimbley, who formerly taught math, added:  “A few of them confessed that it helped them with math as well because they were in school too. One parent without any internet at home asked her boss to allow her to watch the videos at work so she could go home and help her son.”

Kimbley is one of the many teachers across the country who have found that the traditional classroom structure—lecture, in-class practice, feedback, and then an assignment to be done at home—was leaving many kids out of the loop.  So, they “flipped” things around, having students watch video lectures at home and then engage with the material in the classroom, where they can get feedback from the teacher and discuss the subject matter to get clarity.

“Everybody learns at different rates and some people, like myself, really struggle to understand and absorb math concepts. Making them visual really helps with that,” said Kimbley.  “Being able to pause and repeat as often as needed really helped students out.  They can go at their own pace and review when they get stuck.”

How it got started

Using video in the classroom is nothing new, but having students watch video lessons as their “homework” got its start in 2007, when teachers Jonathan Bergman and Aaron Sams at Woodland Park High School in Woodland Park, CO started recording and posting their lectures online for students who had missed the class.  The idea took off and soon other teachers were doing the same thing.

One of the more well-known startups built around the idea of the flipped classroom was Khan Academy, which came to notoriety back in 2010 when Bill Gates praised Khan Academy at the Aspen Ideas Festival.  Founded in 2006, the not-for-profit Khan Academy got its start as a one-man hub for online video tutorials.  Originally, founder Salman Khan taught all of the lessons, which consisted of micro lectures on math and science.  The company, which recently received a grant of $5 million from the O’Sullivan Foundation, has since expanded to add more instructors and subjects, including finance and history, and now offers over 3,200 videos.

Khan Academy, like a number of other edtech startups specializing in video lectures, posts all of its videos on YouTube.  YouTube has become a veritable treasure trove of educational content that teachers across the country can source, curate, and even create themselves.  Of course, there were some issues to work out—such as the fact that many schools actually block YouTube content on their computers.  It’s something of a Sophie’s Choice for schools: unblock the site and open students up to the corpus of educational videos on YouTube, or face the PR nightmare of a student looking up the pulmonary system and getting a video from one of the Reply Girls.  Earlier this year, Chicago Public Schools decided to take their chances and changed their longstanding anti-YouTube policy to allow students and teachers to access educational videos on the site as part of their new digital learning initiative.

The policy change was largely due to the fact that YouTube has recognized its own value as an educational resource and has made strides to make the site more hospitable to schools.

In 2009, a group of Google employees recognized YouTube’s potential as an online educational resource and they used the 20% of free time for side projects given to all Google employees to create YouTube EDU, a branch of YouTube that curates and organizes educational content, such as video lectures and animated lessons.  The site consists mostly of higher ed material and boasts an arsenal of video lessons from some of the most prestigious institutions in the country, such as UC Berkeley, Stanford, MIT, and more. 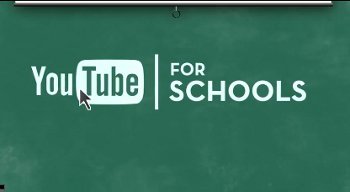 Angela Lin, head of YouTube EDU, said that while the site began as more of an adult learning resource, it has recently began driving more towards the K-12 audience by creating YouTube for Schools and YouTube for Teachers.  YouTube for Schools allows administrators and teachers to log in and access school-appropriate videos (with the comments and related videos disabled) to show their students.  YouTube for Teachers is geared specifically towards the needs of teachers and offers playlists of videos that align with common education standards.

Lin said that in the last year and a half, YouTube EDU has gotten more serious about beefing up its K-12 offerings by forging more partnerships and sourcing more content. 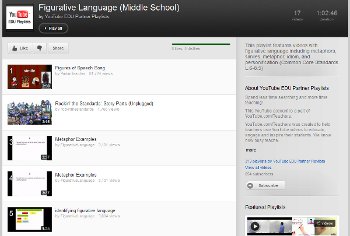 lessons to share with their classes.  The site has more than 300 playlists that have been curated by a team of educators so a teacher can find not just one isolated video, but a whole series of videos that can be shown as a unit.

“Teachers are very short on time, so this is a way for us to empower them,” said Lin.

Not every “flipped class” is the same.  Some teachers are finding more success in blended learning classes, where students spend some amount of time online but don’t necessarily watch every single lesson online from home.  There is, of course, the issue of Internet access.  Currently, some 78% of adults in the U.S. regularly accesses the Internet, but minorities, the elderly, and those with lower household incomes are less likely to have Internet access.  Among those who make less than $30,000 a year, only 62% uses the Internet at all, according to the Pew Internet & American Life Project.

So the question remains: how do you fully flip a classroom when several of your students may not have Internet access at home?  And how do you keep digital learning from driving a deeper wedge between high- and low-income students when the students without Internet access are also likely to be from those groups that are already under performing in school?

“A number of my students were able to go to the public library or a relative's house for access, but I still had students with no access,” said Will Kimbley.  “YouTube really made the difference here because it is available across a wide variety of platforms beyond computers.  I found that most students who had no other Internet access had a relative with a cell phone or video game device that could access YouTube, so hosting my screencast lessons there gave them access.  I also began working on a collection of DVDs of the lessons for students who had no other access.”

Some teachers are also addressing this challenge by allowing students with no home Internet access to watch videos during school hours, such as before class, during lunch, or after class.  Some of the public charters that have sprung up over the last few years have found that that’s one of the advantages to having longer school days (think days that that start at 7:30 am and end at 4:30 pm).

But does it work?

The real question is: does “flipping” the classroom actually get results?

“One of the greatest outcomes I saw in the students was their level of confidence. This is not a trait you can teach someone, or give them simply by praise or feedback. It comes from their independent, successful completion of tasks that they didn't think they could do,” said Lisa Highfill, a fifth grade teacher from Pleasonton, California.  “Their confidence was something that helped the most when it came to sitting for standardized tests, and completing final assessments in class. To become a confident learner is one of the greatest attributes I can help my students achieve.”

“They were better prepared for the lessons,” said Will Kimbley.  “The slower students who struggled to keep up with the class that watched the videos ahead of time were able to keep up with the instructional pace.  Instead of struggling to keep up, they came in ready to learn. It was pretty cool to see them smile and feel confident when they recognized key concepts I covered in the video.”

Obviously, one of the advantages of watching a video lecture or lesson from home is the fact that the student can stop it and start it whenever she is ready to engage.  The student can also stop and repeat certain sections so she can learn at her own pace.  As digital learning evolves and home broadband access becomes more pervasive, it will become that much easier to tailor the lesson and pace to individual students.

If you have an edtech startup that you think should be featured in this series, drop me a line at faith.merino@vator.tv. 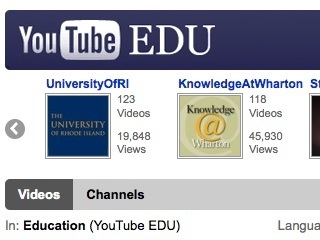