A few years ago, when I was a new creative writing teacher at a Brooklyn charter school, I made a rookie mistake.  I delivered a lesson on perspective and voice, and wrapped everything up with, “does anyone have any questions?”  Fifteen pairs of eyes stared back at me blankly.  Finally, one hand went up, and a quiet 10-year-old named Shane asked: “Is it true Chinese people eat dogs?”

In retrospect, I really should’ve handled it with more poise and maturity, but the question totally blind-sided me and I couldn’t stop laughing.

Most teachers—new and established, alike—know that asking a room full of students if anyone has any questions is pointless, since those that do aren’t likely to raise their hand and ask in front of their peers, and those that actually raise their hand may have a question that no one else has.  Either way, it means wasted class time.

How do you make sure that every student in the room understands the material without alienating those that don’t and slowing down those that do?  One of the responsibilities that comes with being a teacher is knowing how to roll with the punches, so many teachers have come up with quick and easy methods to get around this kind of hurdle.  One teacher might have his students write their answers on cards and hold them up so that he can look around the room to find out who is struggling.  Another might have her students take a brief quiz after a lesson or assignment to see who needs further help.

The problem with a lot of these low-tech methods is the lack of immediacy.  In the time it takes you to grade a quiz or scan a room full of cards, the students’ brains are elsewhere.  Educators need something that will give them instantaneous feedback.  To that end, a number of teachers and schools have jumped on student response systems (SRS)—also known as “clickers.”  They’re little remote control devices that allow students to “text” a response to their teacher, creating the perfect blend of speed and anonymity. 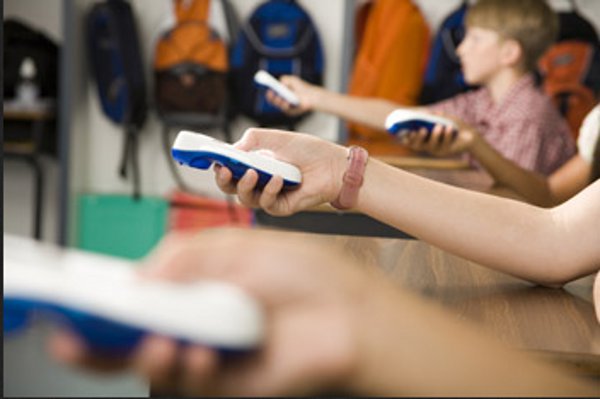 The “clicker” movement has taken off like a tornado as educators snap them up for their classrooms.  Turning Technologies, which makes clickers for students as well as for general use (audience response systems), sold 1.5 million in 2011, according to the New York Times.

The effects of utilizing a student response system in the classroom has been documented, with teachers reporting higher rates of engagement and even higher test scores.  Ian Beatty, assistant professor of physics at the University of North Carolina at Greensboro, notes that the use of student response systems, in his experience, results in “a concerted focus on understanding rather than recall, and on reasoning rather than answers.”  He adds: “Once students have committed to and externalized an answer, even if only guessing, they are emotionally invested in the problem and pay far more attention to subsequent discussion and resolution.”

Some studies, however, have found no difference in the grades and attendance levels of students in "clicker" classes and those who aren't.  One study from Indiana University Southeast even found a higher rate of attrition and lower grades among students using clickers.  With that kind of uncertainty, can K-12 schools afford to take a gamble?

The bigger problem, as you might have guessed, is the cost.  One set of 40 clickers can cost well over $1500, which is a lot of money to spend on one single-use piece of hardware.  For a cash-strapped K-12 school, that’s a big gamble.

Several companies—including those that once manufactured clickers—are now turning to less costly solutions, such as a stronger focus on device-agnostic software.  Why shovel all that money into what is essentially a remote control with a few multiple choice buttons when you could invest that money into a smarter system that can be used on a wide range of different devices, like smartphones, feature phones, and computers?  Top Hat Monocle recently raised $8 million in a Series A round for their SRS for college classrooms, which can be used on any device or computer.

But creating such a system for a K-12 class is a little trickier, but one new solution—ExitTicket—is attempting to do just that.  The system was created by Dr. Louise Waters, CEO and Superintendent of Leadership Public Schools in the Bay Area, with help from a team of teachers who sought to create a solution that would work in their own classrooms.

ExitTicket actually got its start when one of the LPS teachers, Taylor Garland, started using a donated clicker system in his classroom and loved the immediacy of feedback he got from it, but became frustrated with the limitations.

“Part of our mission is to address major issues in urban high school education.  Our kids come in way below grade level, especially at the freshman and sophomore level.  They need to do three to four grade levels of work in one year to catch up,” said Dr. Louise Waters in an interview.  “Taylor was having success with the clickers, so we pulled him and other teachers together as design team to come up with the best clicker that would meet their needs.”

The teacher design team came up with ExitTicket, a system that can be used on any Wifi-enabled device.  The system includes a teacher desktop module, a projector module, and an iPad module that displays a heatmap of all the students answering questions.  It also comes with an overall class average score, a bar chart to show right/wrong ratios for questions, a “Superstar board” showing the top performing students, and a “Biggest Movers” board showing the top gainers for the week. 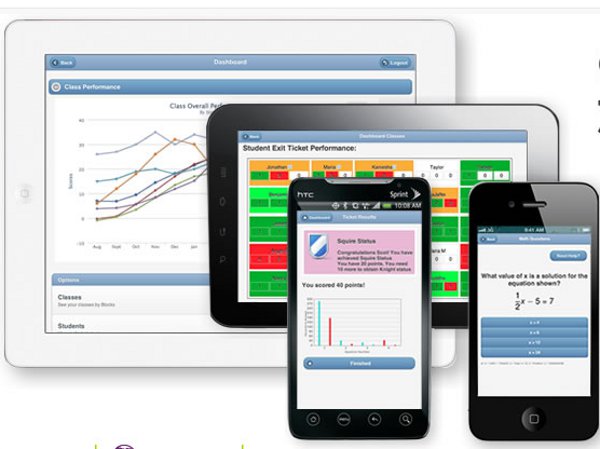 Taylor Garland’s algebra class was the first to test it out.

“Research has shown us that simple positive and negative reinforcements, like grades, will not drive us in a lasting way as much as the innate desire to be successful.  What ExitTicket does is provide rich and immediate feedback, sometimes private and sometimes public, to students on a daily basis about how they are doing,” said Garland.  “ExitTicket fosters intrinsic motivation, and you get very honest engagement from your students.”

Last year, LPS took ExitTicket into six pilot classes and saw some pretty remarkable results.  While many teachers who use clickers report higher engagement and better attendance, Leadership Public Schools that used ExitTicket actually saw real, tangible academic gains.  The previous year, the average growth among incoming freshmen in Algebra was 1.6 years.  After using ExitTicket, Dr. Waters says they saw an average growth of 2.2 years among freshmen, with some students making three or four years’ worth of gains.

“The only thing we did differently from the previous year was implement ExitTicket in those classrooms,” said Waters.

So what is ExitTicket providing these students with to move them ahead so dramatically?

“Some students, with very low academic self-esteem, might choose to develop negative relationships with staff or peers, but every student wants to have a successful relationship with themselves,” said Garland.  “Putting this technology and feedback in their hands empowers them to try and gives them more feedback about what it takes to get good.”

He added: “When results are published real-time, every student feels like they are a part of something, and learning is at the heart of that.  ExitTicket makes visible the connection between working hard, and being successful as a group.”

In true entrepreneurial style, Dr. Waters says they took a gamble with their own money to create ExitTicket.  They’ve since received grants to continue their progress, and Waters says they’re in discussions with a couple of organizations over potential partnerships.  They’ll be rolling out version 2.0 after Labor Day and expect ExitTicket to be in many more classrooms by the end of the year.

“We will only be limited by the degree to which we can acquire the technology,” says Waters.  “It’s technology agnostic, but you need technology, so we’re taking donations of used iPod Touches.  Google donated some Chromes to our Oakland campus.”

If you have a used iPad, iPhone, iPod Touch, netbook, laptop, tablet, or any other device that works and is Wifi enabled, you can send it to Leadership Public Schools (www.leadps.org), 344 Thomas L Berkley Way, Suite 340, Oakland, CA 94612, and get a tax deductible receipt.  You can also call 510-830-3780 for more information. 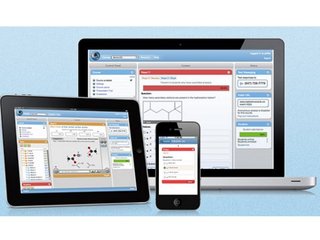