With 12% of its revenues coming from Zynga, Facebook shows just how important their relationship is 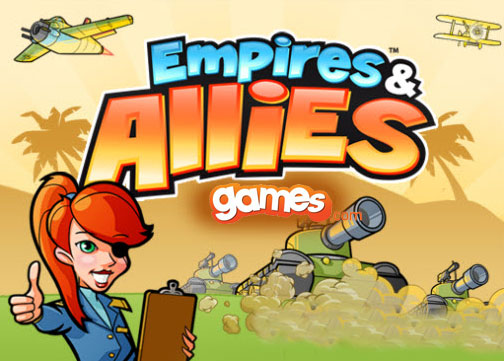 Zynga is experiencing, what I would like to refer to from now on as, 'The Facebook Bump.' Now that Facebook has disclosed its financials, and there is no going back from here, companies that are highlighted in the filings as boons to the social networking behemoth will likely be subject to 'The Facebook Bump.'

In early trading Thursday morning, the oft-slumped social gaming stock, Zynga (NASDAQ: ZNGA) saw a tremendous boost of more than 15% over the previous days' trading. Trading in Thursday morning around $12.34 (that's a fair bump above its opening IPO offering of $10 a share back in mid-December), in the wake of the great reviews Facebook had in its IPO filing about Zynga's revenue support for the company.

In the Wednesday's SEC S-1 filing, Facebook stated that advertising and virtual coins bought to play the Zynga's games accounted for a 12% of the $3.7 billion Facebook claimed in revenue for 2011.

This disclosure has clearly translated to an increased value in the young social gaming company -- since it is such a big driver of money for the biggest tech IPO in U.S. history.

In the past, many have questioned the dependance that Zynga has had to Facebook, stating that they are nothing without Facebook's usership to help them, but it looks like Facebook has a lot to depend on Zynga for as well -- maybe more than the tight-lipped social site would like to admit.

But now that Facebook has admitted just how much it depends on Zynga, investors are seeing the cards that Mark Pincus' company holds -- and could use in future negotiation.

While for Facebook, this 12% chunk also shows a weakness, since a loss of Zynga usership or the company as a whole on the social network would badly injury the company, Zynga is getting a much-needed boost from the news.

In December, when Zynga went public, it raised $1 billion and had an opening price of $10 -- but has struggled to keep even that price level ever since.

Zynga was finally trading above its IPO offering price at $10.95 a share when the market closed Wednesday and some were speculating what would happen if the Facebook IPO showed a big Zynga contribution.

This 15+% bump is gearing up to be more of a pop than the company saw on its opening day of trading.

This is great news for Zynga. An analyst with BTIG Research, Richard Greenfield analyzed the Facebook numbers on Zynga and sees this supporting the beliefs that the companies are more symbiotic than one relying on the other.

"We view Facebook’s IPO S-1 filing earlier today as a meaningful positive for Zynga," Greenfield wrote in his assessment. "Zynga is so important to Facebook that it is cited as a risk factor . . . Zynga skeptics fear that Facebook will take actions that harm Zynga financials, whereas we believe Facebook wants/needs Zynga to be successful."

From the filings we can estimate that the 2011 revenues from Zynga are $445 million, up from the estimated 2010 number of $177 million.  That is an exeptional 250% growth in revenue in a single year.

The filing even listed its caution about the dependance Facebook has had with some applications and stated that, "Apps built by developers of social games, particularly Zynga, are currently responsible for substantially all of our revenue derived from Payments. If the Platform apps that currently generate revenue fail to grow or maintain their users and engagement . . . if we fail to maintain good relationships with Platform developers or attract new developers, or if Platform apps outside of social games do not gain popularity and generate significant revenue, our financial performance and ability to grow revenue could be adversely affected."

Zynga is such a strong component, that it is listed as a risk factor since any serious falter on the Zynga's part would greatly impact Facebook revenue.

This filing has put an even stronger spotlight on Zynga, social gaming and the power of virtual goods.

With Zynga, Spotify, movie rentals and other companies using Facebook as a medium to sell goods, the world of e-commerce is shifting at the hand of Facebook, and creating a lot of demand for more ways people can get in the virtual goods game.

The two main methods of gaining revenue for Facebook were advertisements and "payments and other fees" -- namely virtual goods in some capacity. For year 2011, advertising was 85% of the Facebook revenue ($3.15 billion, while other payments made up $557 million).

That's $557 million in a single year from people buying stuff (or time to play) on Facebook. Essentially, virtual goods grew more than 500% since the start of 2010. And the trend is set to keep growing at an astronomical rate.

Sam Hamadeh, the CEO of a private financial data authority company called PrivCo, explained to me just what a big deal virtual good will become after the IPO filing, since many usually think advertisements are the way to monetize social media and other online companies.

"I think people will be blown away by just what a money maker virtual goods are," Hamadeh said. "And we haven't even seen it peek."

So for now, Zynga should celebrate that they are reaping the rewards of the Facebook financial disclosure and will likely come out in the next few days to discuss just how they will use this power to grow their company so that investors see more of this positive movement on their stocks.