The significant chunk may suggest weakness for Facebook, given Zynga's struggling stock price 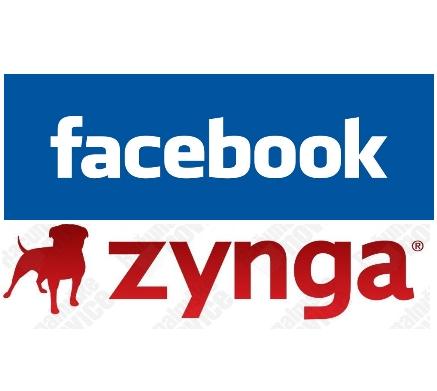 Getting into bed with Mark Pincus and his social gaming creation Zynga, was a very profitable business choice on the part of Facebook.

Zynga is mentioned two dozen times in the newly released Facebook IPO paperwork and shows that the advertising and virtual coins bought to play the games accounted for a 12% of the $3.7 billion Facebook claimed in revenue for 2011.

Many have questioned the dependance that Zynga has had to Facebook, stating that they are nothing without Facebook's usership to help them, but it looks like Facebook has a lot to depend on Zynga for as well -- maybe more than the tight-lipped social site would like to admit.

This 12% chunk also might show a weakness for Facebook, since the Zynga company stock has been struggling to get above its recent IPO price and has been batting away more claims of its theme-swiping games that crop up. In fact, Facebook investors might have something to worry about if Zynga’s popularity continues to decline.

In December, when Zynga went public, it raised $1 billion and had an opening price of $10 -- but has struggled to keep even that price level ever since.

Zynga was finally trading above its IPO offering price at $10.95 a share when the market closed Wednesday.

This new news could be great for the social gaming company. An analyst with BTIG Research, Richard Greenfield analyzed the Facebook numbers on Zynga and sees this supporting the beliefs that the companies are more symbiotic than one relying on the other.

"We view Facebook’s IPO S-1 filing earlier today as a meaningful positive for Zynga," Greenfield wrote in his assessment. "Zynga is so important to Facebook that it is cited as a risk factor . . . Zynga skeptics fear that Facebook will take actions that harm Zynga financials, whereas we believe Facebook wants/needs Zynga to be successful."

From the filings we can estimate that the 2011 revenues from Zynga are $445 million, up from the estimated 2010 number of $177 million.  That is an exeptional 250% growth in revenue in a single year.

The filing even listed its caution about the dependance Facebook has had with some applications and stated that, "Apps built by developers of social games, particularly Zynga, are currently responsible for substantially all of our revenue derived from Payments. If the Platform apps that currently generate revenue fail to grow or maintain their users and engagement . . . if we fail to maintain good relationships with Platform developers or attract new developers, or if Platform apps outside of social games do not gain popularity and generate significant revenue, our financial performance and ability to grow revenue could be adversely affected."

Zynga is such a strong component, that it is listed as a risk factor since any serious falter on the Zynga's part would greatly impact Facebook revenue.

How these social games became such a monetary force

Social gaming, like bigger social networks, have had to learn on the fly and figure out just what they can charge and how much people will spend. And they were as surprised and anyone at what a hidden market they were tapping into -- also much to Facebook's surprise and profit.

While Zynga is the biggest fish in the social gaming pond, the ecosphere is a big and diverse one. A few weeks ago I spoke to social gaming company, RockYou's CEO Lisa Marino, and she admitted to me that the new revenue model for gaming companies is actually the old media model.

"For some reason, social gaming companies thought that they were above the media companies," said Marino, who expresses that a good balance in revenue looks a lot like bringing in 40% from advertisements and 60% from digital goods. "With as many eyeballs as these games are getting, we are nothing if not a media company."

Marino said that gaming companies were so familiar with the pay upfront model that it took a while to really integrate the digital goods and advertising models the way that is excelling now.

Some social games are collecting $20 CPM on advertising campaigns and have an "extremely high" completion rate (which means most people are taking the poll, watching the video or otherwise interacting with the advertisements.)

Since many games have both free applications and paid premium applications, the way that advertisements are presented to different users is customized to create a tailored experience. Social gaming sites have mandatory ads that may show up for non-paying users and paying users might gain digital perks or goods for opting-in to ad campaigns. Marino says that this is key to capture 100% of the audience and get those needed ad dollars to advertise the game and leverage grow the ecosystem.

Pioneering companies like RockYou, EA, Zynga, Kabam and others had a sharp learning curve on creating different methods of revenue.

Kabam's CEO Kevin Chou told VatorNews that since the company underestimated the price people were willing to pay for a better social gaming experience, the company left a lot of money on the table.

"We thought that $5 goods would be the strong sellers and we might get a few users buying $20 goods some of the time. But we were wrong," Chou said at AppNation. "As we saw the demand grow, people started buying $50-$100 items and even some of the $400 pricing. I can't even publicly disclose what our most expensive items are priced at."

Digital goods have proven to be great revenue drivers but that doesn't mean that every digital good created was a boon to the gaming revenue stream.

Rock You learned that some offerings hurt more than help if you don't track out all the possible outcomes before launch. A few years ago, ZooWorld offered a WildLife Tree for purchase, that users can shake and credits would drop out. What Rock You did not anticipate was that users would buy several trees and spent hours shaking the tree to rack up credits.

"That one product essentially cut out revenue in half for that quarter and we immediately had to pull that from the store so that no more users could buy it," said Marino. "But at that point we had to learn the hard way since there was no rule book."

How will Facebook spin this 12% cut coming from Zynga

While Facebook will be able to explain very little (since it will be in silent-mode until the actual IPO), I am sure they will try to sell this big cut coming from Zynga as a market that hasn't reached its full potential yet. Zynga is only five years old and has shown that there is a market willing to pay for entertainment that is mostly self-sustaining.

Facebook will also, likely, encourage more social gaming companies opportunities to grow in the space so that it can have a more diverse group supporting its virtual goods income.

It will also be interesting to see whether Facebook will have to add or amend this filing as it gets closer to its IPO so that people can see more of the specifics of where, and how many return users are accounting for these dollars -- especially since the bulk social gaming revenue comes from such a small pool.

But one thing is for sure. Zynga likes the power-house persona it was given in this form and we will have to see if that translates to an even better day of trading Thursday for the company.