The two social networking giants need each other, but Facebook can't risk being confrontational

Here's his view on the recent partnership between Facebook and Zynga and who's got the leverage. And why the two Marks - Mark Zuckerberg and Mark Pincus need each other, with one needing the other a little more at this point.

BF: Give us some background on the situation between Zynga and Facebook.

Suresh: Facebook changed its notification features around February this year. Notification features allowed app makers like Zynga to communicate with their players saying "So and so has earned so much,here's your chance to do the same" or "Your  friends’ crops need fertilizing. Please help them" and so on. They helped the games to grow virally. But the notifications were growing at a spam like rate to the point of hurting the user experience. So Facebook decided to reduce the ways in which app makers could contact players. This had a negative effect on how Zynga was able to contact users and grow virally. So Zynga had to increase its advertising spend on Facebook's platform to compensate for that.

The other issue is with Facebook Credits. Facebook was testing its Facebook Credits feature with some select developers (including Zynga). FB Credits is a virtual currency for the entire FB platform. Earlier, users would have to buy separate virtual currency for buying Zynga's virtual goods and for buying virtual goods from other players like Playdom or Slide.

FB Credits was supposed to be a unifying currency. Users buy FB Credits and can use them across all apps irrespective of the developer. FB argued that such a move would increase adoption and convince more users to buy virtual goods because now they did not have to worry about whether app developers were genuine ornot. Users just had to buy FB Credits from a trusted source, FB. Users would be more willing to buy in such a scenario, leading to increase in transaction revenue, according to FB. For transactions that involved FBCredits, FB said it would take a 30% revenue share. For reference, Apple takes a cut of 30% on sales from its AppStore. So does Google with its Google Chrome AppStore which opened recently.

Zynga had to contend with higher advertising fees as well as a deeper cut from their virtual goods transactions. Zynga then started making noises about Zlive.com.

The present deal which they have worked out,maintains the 30%cut, but Zynga seems to have made deals regarding advertising spend. Details are not available as to what exactly Zynga has gained from this discussion.

BF: Did Facebook concede to Zynga, given that it could have stood firm and said it's my way or the highway?

Suresh: Both parties have a reason to come to an agreement.

Gaming is a large part of Facebook’s traffic and revenues. Zynga, in particular, could account for over $150M for Facebook in2010 (through advertisement spend and Facebook credit sharing). By making terms that are bitter to Zynga, Facebook faces the risk that app developers could feel alienated. Facebok is still evolving its platform and it does not make business sense for Facebook to lead them to a confrontation at this point. So Facebook’s strategy would be to play down the tensions and make adjustments in its terms as it figures out a way that benefits it as well as the app provider.

BF: Who's got more leverage?

Suresh: At this point, both Facebook and Zynga need each other to grow. It may appear that Facebook has the upper hand as it has the ability to tweak notification features. But by creating a less friendly atmosphere for its developers, Facebook would risk sending the wrong message to the developer community.

It is not easy for Zynga to find a quick replacement for revenues should it scale its Facebook presence. Zynga can develop its games for other social networks but it will have to deal with different protocols for each of its games. By creating its own site, Zynga may lose the opportunity to cross promote or to have the viral growth it has enjoyed with Facebook’s vast user base.

BF: What role did/does DST have here in getting these two to place nice with one another?

Suresh: FB and Zynga have other more influential common investors. Peter Thiel, FB's angel investor also invested in Zynga.Marc Andreessen is on FB's board. Mark Pincus also owns Facebook stock. So all these must have had some influence, not DST alone.

Ultimately, the decisions are business decisions. We don’t believe it is a personality issue that has to be resolved between Pincus and Zuckerberg.

BF: How does this relate to other content/network battles and who typically wins out content or network?

Suresh: It depends on the battle. The actual winners would be determined by who holds the leverage, which is mostly determined by the alternatives a content provider has (or the lack of). In the case of Apple,the company clearly dictates what apps it would support and how much it would charge. Apple also made the music industry play ball to its 99-cent pricing for individual titles.

Amazon held the leverage until Apple came along.But book publishers, here, appear to hold the leverage. In the music industry,the record labels had significant clout before the internet took some of tha taway.

BF: Zynga has its own ZyngaLive (soon to be) - to what degree can Zynga be its own network?

Suresh: Zynga has grown mostly by tapping into the vast friends’ circle of users who already play their games. Zynga will lose a big part of that advantage if it creates its own game network. For instance, FarmVille.com - a separate portal established by Zynga in November 2009, now has 15 million users in 6 months time as vs 75 million users in Facebook.

The numbers are only part of the equation of course. The real issue is how valuable are those 15M compared to the average user at Facebook. Only Zynga will know the answer to those.

The ideal strategy for Zynga (if it works)will be to lure trial users through Facebook and move them to Zynga Live once they become heavy users (by offering them promotions or other benefits) and keep them there.

Zynga’s games are not particularly that different from some of its competitors.Farmville, Fishville, Mafia Wars all have equivalent substitutes on Facebook.The key differentiator is that some of your friends may not be on those games.

BF: To what degree can Facebookbe its own content provider? How hard is it to make Face-ville or Mafia-book?

Suresh: There are over a million app providers on Facebook.It is jut not the right strategy for Facebook any more than it would be for Apple to start its own rock band or for Amazon to start authoring books.

Suresh: The actual percentage should (and historically has) depended upon the volume of sales, the leverage the platform provider has had among other things. In the retail industry, it is not unusual for Macy's to slap a 50% - 100% mark up to the clothes they sell. Apple has been taking a 30% cut for what it sells through its App store.

There is no right answer to this. It is a business and each company has incentives to maximize its long term shareholder value. 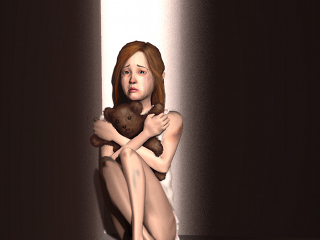 Fear is the mind-killer