The company saw five employees leave, including its heads of product, engineering and global media 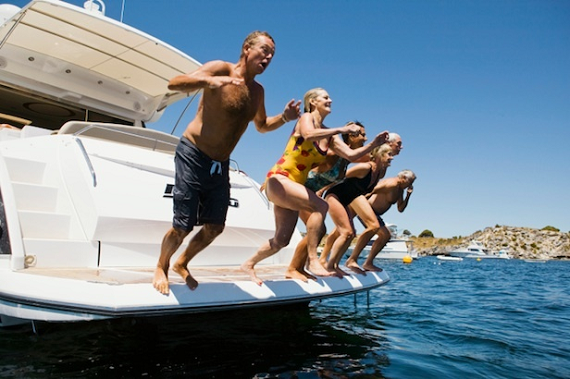 With its stock sinking, and employees leaving, things are starting to look really bad over at Twitter. This cannot be what Jack Dorsey envisioned when he signed up to be CEO last year.

The company just saw a slew of executives jump ship en mass, it was confirmed via a Tweet from Dorsey on Sunday night.

That includes Katie Jacobs Stanton, the company’s VP of global media; Kevin Weil, it's SVP of product; Alex Roetter, who is and SVP of engineering, and Brian “Skip” Schipper, Twitter's Vice President of Human Resources, all of whom chose to leave Twitter.

Dorsey said he wanted to wait to make these announcements, but was forced to reveal the departures following "inaccurate press rumors," by which he likely means reports that appeated in Recode, includingthis one and this one, which came out on Sunday.

Was really hoping to talk to Twitter employees about this later this week, but want to set the record straight now: pic.twitter.com/PcpRyTzOlW

Stanton, Weil and Roetter had each worked at Twitter for the past five years, with Weil and Roetter scaling the ad and engineering teams, while Stanton grew the company's global team, including in Japan, the United Kingdom and Ireland.

Before joining Twitter, Weil was the first employee at web media startup Cooliris, and he worked at municipal wireless network provider Tropos Networks and Microsoft Research. Roetter was Director of Engineering at the Laufer Wind Group, and had  spent seven years at Google as a software engineer and technical lead, on the founding team for AdSense. Stanton orked for the White House, State Department, at Google and at Yahoo! before joining Twitter.

Schipper had joined the company in 2014. Before that he was head of Human Resources at Groupon and Cisco, and he was in senior HR positions at Microsoft, DoubleClick, PepsiCo and Compaq Computer Corp.

"All four will be taking some well-deserved time off," Dorsey wrote. "I'm personally grateful to each of them for everything they've contributed to Twitter and our purpose in the world. They are phenominal people!"

Also leaving the company is Jason Toff, general manager at Vine, who announced on Twitter that he is joining Google to work on virtual reality.

Personal update! I'm joining Google to work on VR. So much exciting potential there.

In addition to losing all of those people, Dorsey also revealed that two of Twitter's executives will be taking on more responsibility.

COO Adam Bain will be responsible for Twitter's revenue-related products teams, the media team, and the HR team, at least until they can get someone else to be in charge. CTO Adam Messinger will be in charge of the engineering and consumer product, design and research, user services, and Fabric into one group.

There were also reports that Twitter would be getting a new Chief Marketing Officer, as well as some new board members. That last one coincides from previous reports that at least three members of the board, most likely Benchmark VC Peter Fenton, investor Peter Currie and Peter Chernin, CEO of the Chernin Group, would be leaving and that Twitter would use the opportunity to make the board more diverse.

This is just the latest bad news for Twitter, which has seen a number of executives leave recently.

Mike Davidson, Twitter's Head of Design, announced he was departing in December. In the two weeks prior Twitter had also lost engineer Utkarsh Srivastava, who helped the company build its ads business, and it also saw the departure of Glenn Otis Brown, who has been heading up Twitter’s video ad program. Srivastava left for Google, while Brown went to Betaworks.

In 2014, Twitter lost engineering SVP Chris Fry departed the company, as well as Chloe Sladden, its VP of Media, and COO Ali Rowghani.

Rowghani's duties were split between two other executives: Adam Bain, who had been head of revenue at the company, was given the addition title of head of business development. And Gabriel Stricker, who had been vice president of marketing and communications, was put in charge of overseeing the entire media team at Twitter.

Stricker left the company in June of last year, while Bain became COO in October.

The biggest departure, though, was, of course, that of CEO Dick Costolo in June. After struggling mightily to get Twitter back on its feet, and to get its user numbers back up, he was forced to resign his position over the summer. Not only that, but he also resigned from the board of directors as well. Now he officially has no ties to the company he ran for nearly five years.

It might not be a coincidence that all of this has been happening as Twitter has struggled in terms of is user number, as well as with its stock price. In just the last three weeks Twitter has seen its price drop nearly 23 percent, going from $22.64 a share to $17.8.

The only thing that has caused Twitter's stock to spike were rumors of an acquisition, which turned out to be false, but were still enough to give investors hope. In that kind of situation it's not hard to see why employees might already be planning their exits off of what is starting to seem like a sinking ship. 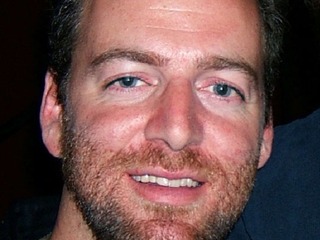