Davidson had been with Twitter since 2012, and is one of many execs to leave in the last two years 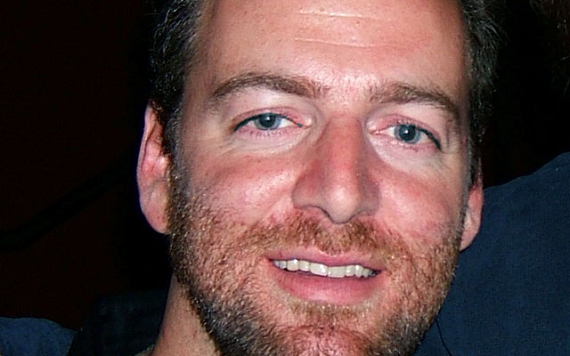 As Jack Dorsey tries to get Twitter back on its feet, the last thing he needs is for his executives to start leaving. But that seems to be what has begun to happen, with three of them announcing their departures in the last couple of weeks.

The latest is Mike Davidson, Twitter's Head of Design, who announced on Twitter on Monday that he will be leaving the company in a couple of months.

Personal news: After 3+ years leading Design @Twitter, I'm leaving in Feb to take the 1st break from work in my life. Thank you & GO TEAM ✌️

:) To be a little more clear, I am leaving @Twitter permanently, but it will always be with me!

Davidson has been with Twitter since 2012. Before that he was Founding CEO and Creative Director of Newsvine, which was acquired by MSNBC in 2007. He was also Director of Media Product Development Walt Disney Internet Group, and Art Director at ESPN.com

This is a big blow for Twitter, as Davidson was in charge of user experience of all products and services at Twitter, something the company has been putting a lot of emphasis on, as it attempts to get more people onto the platform.

That has included the launch of became Moments, a feature that is designed to curate content by aggregating Tweets and photos from live events and breaking-news. Dorsey said that the feature " represents a real, fundamental shift in our thinking," one that makes it easier for new users to come onto Twitter without feeling intimidated or left out.

Reports have also come saying the company is looking into breaking the traditional 140-character limit, which would allow Twitter users to publish long-form content to the service, and it has begun testing out altering the layout of its timeline. All of these things relied on the design aspect to make new users comfortable.

Twitter may have an even bigger problem as its executive exodus, which was like a wave in 2014, seems to have continued this year.

In just the last two weeks Twitter lost Davidson, as well as engineer Utkarsh Srivastava, who helped the company build its ads business, and it also saw the departure of Glenn Otis Brown, who has been heading up Twitter’s video ad program. Srivastava left for Google, while Brown went to Betaworks.

In 2014, Twitter lost engineering SVP Chris Fry departed the company, as well as Chloe Sladden, its VP of Media, and COO Ali Rowghani.

Rowghani's duties were split between two other executives: Adam Bain, who had been head of revenue at the company, was given the addition title of head of business development. And Gabriel Stricker, who had been vice president of marketing and communications, was put in charge of overseeing the entire media team at Twitter.

Stricker left the company in June of this year, while Bain became COO in October.

The biggest departure, though, was, of course, that of CEO Dick Costolo in June. After struggling mightily to get Twitter back on its feet, and to get its user numbers back up, he was forced to resign his position over the summer. Not only that, but he also resigned from the board of directors as well. Now he officially has no ties to the company he ran for nearly five years.

Twitter, and Dorsey, are trying hard to get Twitter to a place where it can once again be accessible to the average user. Maybe getting some new blood in there isn't the worst idea.

There is no word yet on if Twitter has a replacement in mind for Davidson, nor who that may be.  VatorNews reached out to Twitter for additional comment, but the company had nothing to say beyond Davidson's Tweets.