Investors went crazy over rumors of a News Corp bid, but seem unimpressed by Dorsey's efforts 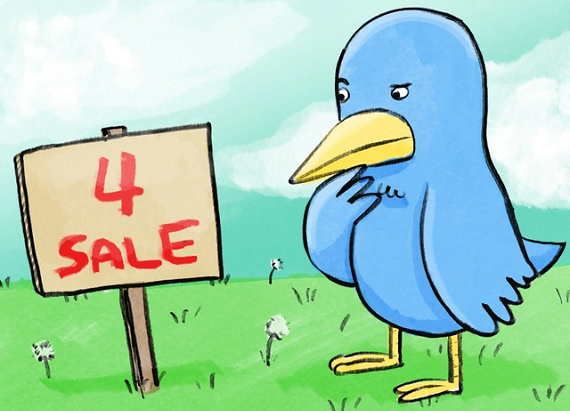 Watching Twitter's stock on Wednesday was like being on a roller coaster.

First, it opened the day at $16.13 a share, its lowest price ever, down 56 cents from the end of trading on Tuesday, when it closed at $16.69, also the lowest ever for the stock. During the day it dipped below $16 for the first time in its history, hitting a low of $15.48 a share. While the stock climbed back up a bit, it looked like it would be another down day for the beleaguered company.

Then, look at what happened below. See that huge spike right there? Suddenly, in the middle of the day, around 11 am my time, or 2 PM on the east coast, Twitter saw a 14 percent spike in its price.

So what happened right there? A rumor started going around that Twitter was going to be purchased by News Corp. And investors went wild, sending the stock up to a high of $19.04 a share.

Those rumors, as it turned out, were false, as a News Corp. spokesperson told me in the most succinct way possible: "It's untrue," he said.

A spokesperson for Twitter was a bit cagier about it, going with the common, "We don't comment on rumor and speculation," line. But News Corp. has made its pretty apparent that this was not actually happening.

This is far from the first time that acquisition rumors have swirled about Twitter. Google is the most frequent speculated buyer in these situations, and for good reason, given it's own thwarted ambitions in social.

The last time this kind of talk about Google started again was over this past summer, when Twitter's stock dove under $30 for the first time ever. There was also a rumor in June that Bloomberg had made a bid, but that too turned out to be false. That one caused Twitter's stock to jump 8.5 percent.

It seems like investors really love hearing that Twitter is going to be acquired. Frankly, they have have not seemed very impressed with how Jack Dorsey has been handling the company so far, despite all of his efforts to get things back on track.

In the last two and a half months, Dorsey has done a lot in trying to turn Twitter around. He attempted to reverse years of animosity between the company and developers by reaching out to them and asking them to come back to the platform. He also tried to appease employees by giving them a third of his stock in the company, which amounts to $211 million. He has also stated his willingness to revamp Twitter completely, including the way the timeline is laid out, as well as, most importantly, the 140-character limit, in an attempt to get more people back on the platform.

His biggest move was finally finding a way to show ads to logged-out users, a group that is 56 percent more than the number of people who have accounts. That number also includes people who click on links to Tweets in Google search.

Yet none of that has helped. Perhaps investors really have lost hope for the company and the only thing that would appease them at this point would be an acquisition.