Jack Dorsey will take over on an interim basis, Twitter stock shoots up over 7% on the news 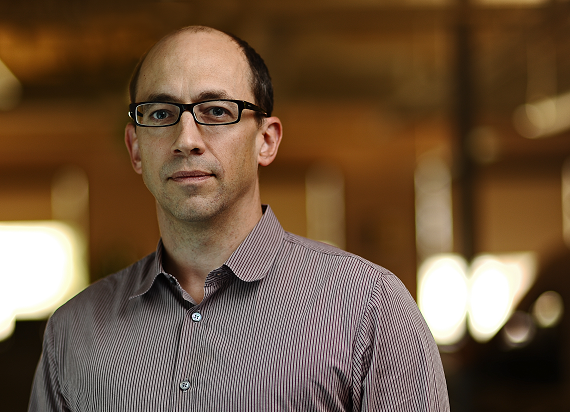 I can't say that it's too much of a surprise considering the direction that Twitter has been going in ever since it went public, but news like this is always at least a little bit of a shock.

After months of pressure from investors over falling user numbers, and numerous people calling for his head, Twitter CEO Dick Costolo announced on Thursday that he is stepping down from the position effective effective July 1st.

“I am tremendously proud of the Twitter team and all that the team has accomplished together during my six years with the Company. We have great leaders who work well together and a clear strategy that informs our objectives and priorities," Costolo said in a statement.

His replacement has already been named: Jack Dorsey, Twitter's Co-Founder and Chairman of the Board, will step up on an interim basis. It should also be noted that Costolo will not be leaving Twitter entirely, as he will continue to serve on the company's Board of Directors.

"There is no one better than Jack Dorsey to lead Twitter during this transition. He has a profound understanding of the product and Twitter's mission in the world as well as a great relationship with Twitter's leadership team," said Costolo. "I am deeply appreciative of the confidence the Board, the management team and the employees have placed in me over the years, and I look forward to supporting Twitter however I can going forward.”

Twitter’s Board has formed a Search Committee to find permanent CEO, which is being chaired by the Board’s Lead Independent Director, Peter Currie, and includes Peter Fenton and Evan Williams.

It seems unlikely that Dorsey will be taking the job at Twitter permanently, as he will continue to be the CEO of Square, the payment company he co-founded.

“The future belongs to Twitter thanks in large part to Dick Costolo’s dedication and vision. Dick has put a world-class team in place and created a great foundation from which Twitter can continue to change the world and grow," Dorsey said in a statement. "We have an exciting lineup of products and initiatives coming to market, and I look forward to continuing to execute our strategy while helping facilitate a smooth transition as the Board conducts its search.”

Twitter has seen stagnating user numbers over the last few quarters. After the company missed badly in its Q1 2015 earnings, with advertising revenue coming in much lower than expected, Twitter shareholder Chris Sacca wrote a scathing blog post in which he blamed the company, without naming Costolo directly, for not having a bold enough vision to impress Wall Street.

"Trying to pin blame on anyone for why Twitter hasn’t made these moves sooner is unproductive. I want Twitter to press forward. I am glad to say there are positive signs that Twitter is once again becoming an organization that can and will ship innovation," he wrote.

"Despite that, my biggest concern is the abundance of public doubt and misunderstanding when it comes to Twitter’s vision and the near future for the service. It’s hard to blame Wall Street or the press. Twitter has failed to tell its own story."

Investors already seem happy with the move, as Twitter stock is now up over 7% in after hours trading, after dropping 0.06% to $35.83 a share during regular trading on Thursday.