Pixate will remain as a standalone product, though the team will working on design at Google 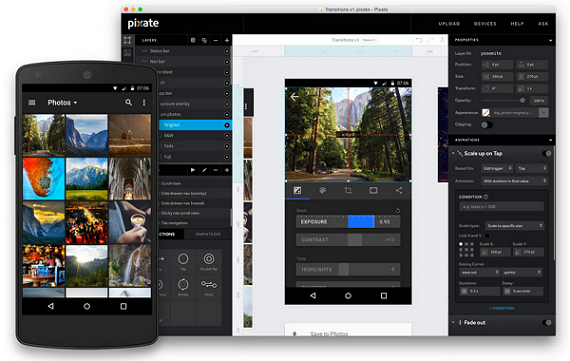 In order to continue developing new design and prototyping tools, something that has been an onoing effort for the company, Google has acquired Pixate, a company that enables dynamic user interfaces for native mobile applications, it was announced on Tuesday.

Pixate is a graudate of Y Combinator. The company is a visual prototyping platform that allows designers to create sophisticated, fluid mobile prototypes that run natively on iOS and Android devices. It provides a platform for mobile interaction design that allows for the creation of sophisticated animations and interactions, and the ability to refine designs through 100% native prototypes.

No financial terms of the deal were disclosed, but it was revealed that the Pixate team will be joining the design team over at google, Paul Colton, CEO of Pixate, wrote in a blog post.

"Our small team at Pixate has some really big ideas, and with the help of Google we’ll be able to bring those ideas to the design community at scale," he said. "We’ve become an essential part of the workflow for tens of thousands of designers, and are excited about expanding our mission at Google to reach millions of product teams worldwide."

In an FAQ section put up about the deal, the company revealed that, despite the team leaving for Google, Pixate itself will remain as a product, and that nothing would be changing for existing customers.

"Pixate will continue as a standalone product without any interruption to the service or support. We started Pixate with the mission of empowering designers to create incredible mobile experiences without changing the way they think," it says.

"We’ve become an essential part of the workflow for tens of thousands of designers, and are excited about the possibilities of expanding our mission at Google to elevate design for millions of designers worldwide, across iOS, Android, and beyond."

It will be accepting new signups, and all Pixate data will continue to be available.

Actually, there is one change that customers can expect to see: Pixate Studio is now completely free for everyone, while Pixate cloud will only be $5 per designer per month, or $50 per designer per year.

Founded in 2012, the company raised a $3.8 million Series A round of funding led by Accel Partners in July of last year.

VatorNewshas reached out to Google for comment, and we will update this story if we learn more.