CL3VER, a technology startup focused on real-time 3D visualization for web and mobile, raised $800,000 in a round led by Wayra, with participation from La Caixa Capital Risc and european Angel Investors.

Kaleo, an online platform that allows users to connect to other knowledge workers, closed a $1.5 million funding. The round was led by Greycroft Partners, with participation from Double M Partners, TenOneTen Ventures and others.

Magine, a Swedish cloud-based cable operator, raised a $19 million Series A round led by a group of Swedish and international investors.

Pixate, which enables dynamic user interfaces for native mobile applications, raised a $3.8 million Series A round of funding led by Accel Partners.

Pubgame, a Taiwan-based Web and mobile game publisher, raised a $5 Series A round led by The CID Group and appWorks Ventures.

RollApp, a developer of a software-on-demand service, raised a $1 million Series A funding, led by LETA Capital, with participation from TMT Investments.

Ad tech startup Yieldbot, raised a $5 million Series A round of funding, led by RRE Ventures. New Atlantic Ventures, kbs+ Ventures, Common Angels, Neu Ventures and Board member Cathie Black participated in the round as well.

SigFig, a web platform for tracking and analyzing your personal financial investments, raised $15 million in a round led by  Union Square Ventures and Bain Capital Ventures, along with DCM and a number of prominent angel investors.

Altair Semiconductor, a developer of LTE chipsets, raised a $25 million round of funding from existing investors Bessemer, BRM, Giza, JVP and Pacific Technology. 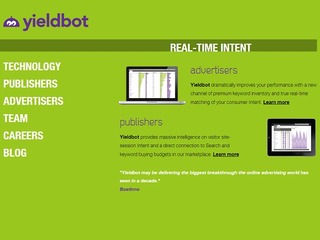