Facebook marketing tool Toro gets picked up by Google

Last last year Red Hot Labs launched Toro, a service designed to make it easy as possible for developers to launch successful mobile app install campaigns on Facebook. The company said at the time it was putting all of its resources behind Toro and would even change its name to reflect that,

Well, that gambit paid off big time, as the company just announced on Tuesday that it has been sold to Google. No financial terms of the deal were disclosed.

"Three years ago, we set off on a mission to create tools for app developers that we always wished we had. Since then, we’ve built multiple products in the mobile space, worked with some great partners, and have helped hundreds of apps grow their user bases," the company wrote in a short blog post.

"With greater resources and distribution now available at our disposal, we’re excited to join Google and continue our mission of making the lives of app developers easier."

As for what will happen to Toro going forward, the company said it will be suspending campaign creation for the time being, though customers will still be able to optimize their campaigns, and update their dashboards.

Though it does not say so explicitly, it is not hard to infer from this that Toro will no longer be used for Facebook campaigns.

"We’re eager to get back to work building amazing products for you within Google!" Toro said.

A Google spokesperson would only confirm the acquisition, but could not offer any further details, except to tell me that the team at Toro will be joining the mobile ads team at Google. VatorNews also reached out to Toro for more information about the acquisition, but the company also would not comment further.

Founded in 2012, and foundered by Amitt Mahajan and Joel Poloney, who were the creators of Farmville at Zynga, Red Hot Labs started out as a platform that helped developers to create games and bring them to market.

Eventually it decided to take on the problem of user acquisition,  and so it launched Toro, a tool that managed Facebook Mobile App Install ad campaigns. All the developer had to do was use Facebook connect. Toro did not require them to make any changes to their app; it just asked them a few questions, such as where they are running and what kind of users they are targeting. Setting up a campaign takes only 10 minutes.

So, for example, a developer could say he wanted to only target males, who lived in the United States, who are on iOS and who like to play Candy Crush. Toro would then use its algorithms to create a micro-targeted campaign that is will also adjust and manage on a day-to-day basis.

We’re solving one of the necessary, but time-consuming, parts of launching great apps. Toro is easy to use, saves people time, and, most importantly, saves our customers money by optimizing campaign performance. 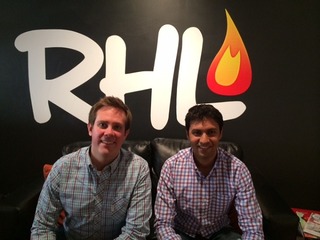