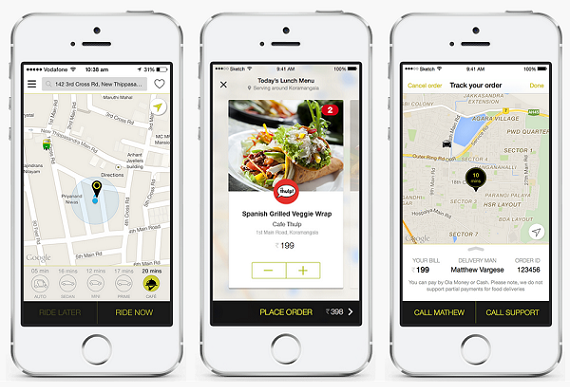 I didn't see it coming, though maybe I should have. Either way, this new trend of mobile cab companies suddenly turning their attention to delivery, specifically for food, is really interesting. I really wonder if it can succeed, and I'm excited to find out!

Ola, which is basically India's answer to Uber, just announced that it has launched its own food delivery service called Ola Cafe.

It works as you'd expect it to: all users have to do is go to the app, hit "Cafe" at the bottom of the screen, select their choice of meal and quantity, and place the order. The user can then track the food in real time. Users can pay by either Ola Money or cash, but not a combination of both.

The service is currently limited to certain sections of Bangalore, Hyderabad, Delhi and Mumbai.

This launch comes only weeks after the company acquired rival service TaxiForSure for $200 million. The company says that is it India’s largest taxi hailing service, with over 100,000 vehicles across 67 cities.

The launch of Ola Cafe might be something of a shot across the bow at Uber, which has not only begun offering its own food delivery service, but has found itself in some pretty hot water over in India in the last few months.

Last month the company launched UberEATS in Barcelona. Uber teamed up with Plateselector, a Barcelona-based food guide, and said was working with "the best local restaurants in Barcelona to create a changing selection of lunch and dinner meals that you can receive in under ten minutes."

So far, there has been no indication that Uber would take the service to Asia, but it wouldn't be surprising given that Asia has been a key driver of Uber's growth in recent years, especially India, which is the company's largest market outside of the United States.

It's presence in India is complicated, though, after an incident in New Delhi in December, where a passenger was allegedly raped by a driver, caused the service to be sued, as well as banned in that city, and in Hyderabad. The company had strengthed its safety and security features in response,

Uber restarted services in the capital earlier this year, even though New Dehli said it was still banned. So the whole situation is ugly and still very messy.

While all of that get sorted out, Ola seems to be the one reaping the benefits, and using the opportunity to beat Uber at its own game. 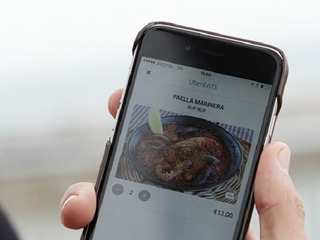