With Uber Corner Store, and now uberFresh, the company obviously sees delivery as part of its future 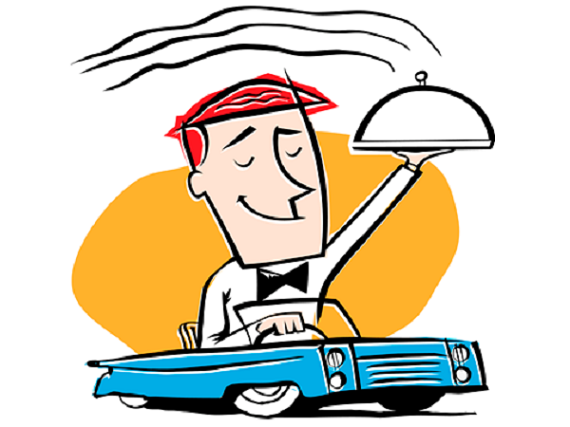 Having all but conquered the e-hailing space (sorry Lyft!) Uber has taken an interesting direction as of late: using its now substantial fleet of drivers to move into the delivery space. Earlier this month, the company launched Uber Corner Store in Washington DC, as a way for users to get over 100 items, such as allergy medicine, diapers and toothpaste, delivered right to their door.

Now Uber is experimenting with another type of delivery service: food.

Called uberFresh, the company announced on Tuesday that it will be testing out a food delivery pilot program for users in cerain sections of Santa Monica, California.

The service is extremely localized and restrictive at the moment: users of the Uber app will be able to order lunch for three hours, from 11:30 am until 2:30 pm, starting on August 26th until September 5th (that does not include either the weekend or Labor Day).

They will be allowed to order from a prix fixe menu, which includes items from local restaurants such as Tender Greens, 41 Ocean, and Bay Cities Italian Deli & Bakery. So far there seems to be a lot of soups and salads on the menu, and not much that is substantial, in the first week, with only Bay Cities offering a sandwich for sale. Each meal costs $12, will be delivered in around 10 minutes, and there is no delivery fee.

Obviously, this is a small experiment for now, but if it goes well, Uber is noting that there is the possibility that it could expand, at least to other parts of Los Angeles.

"While uberFRESH is a limited duration and location experiment this week, depending on the results we look forward to expanding uberFRESH throughout the southland – so head to Santa Monica for lunch this week and give it a try, that might just be enough to bring it to your neighborhood!" the company wrote in its FAQ.

Uber has been experimenting with delivery for a while now. Remember when it delivered kittens for National Cat Day, and then Christmas trees for the holidays last year? Those were cute, one-off ideas, but now we can look back and see them for what they most likely were: a trial run to see if Uber could handle also being a delivery company.

This ia a very interesting route for Uber to take, but one that makes a lot of sense when you think about it. Plus, if cities around the world get their way and are able to ban the service, at least it would have something to fall back on!

There has been a lot of action in the food delivery space this year.

This year has also seen Square get in on the action, first with the launch of Square Order in May, an app that allows users to order food in advance from cafes and restaurants and then pick them up without having to wait in line. Last week the company purchased Caviar, a company that works with local restaurants that would, typically, not feature a delivery service.

But the biggest news in the food delivery sector over the past year or so has to have come from Grubhub. First, the company combined with one of its biggest competitors, Seamless, creating a super delivery company.

Then the company announced that it would be going public. Its April IPO raised nearly $200 million. The company is currently trading at $38.37 a share, more than $10 above its IPO price.