The company announces it is launching the UberEATS service in Barcelona 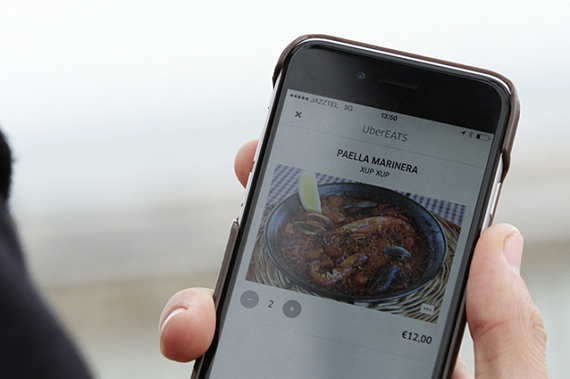 In August of last year, Uber launched a food delivery pilot program for users in certain sections of Santa Monica, California, called UberFresh. The company obviously sees some future in the space, crowded as it may be, because it is now about to take that service overseas for the very first time.

The e-hailing company is taking its food delivery service to Spain, launching in Barcelona under the slightly rebranded name of UberEATS, it was announced on Thursday.

Uber has teamed up with Plateselector, a Barcelona-based food guide, and it working with "the best local restaurants in Barcelona to create a changing selection of lunch and dinner meals that you can receive in under ten minutes," the company wrote.

"In the same time it takes you to walk up Las Ramblas you can open up your Uber app, choose your meal and get it delivered to an address of your choice."

Order is fairly simple: all users have to do is open the Uber app, tap the UberEATS icon, enter their delivery location and then select their meal on the daily menu. Uber will then send the request to a driver who will deliver the meal from a local restaurant.

Much like when someone orders a taxi, they can watch it arrive in real-time, and then pay via a registered credit card.

Some of the restaurants it is partnering with include Surf House Barcelona and Feeld Organic. I've never been to Spain, sadly, but I have no doubt the food over there is excellent.

Uber has had delivery on its mind for a while, delivereing kittens for National Cat Day, and then Christmas trees for the holidays last year. It also launched some successful experiments, such as UberFresh, which is still going strong. And UberRush, it's same-day package delivery service in New York.

Some have not worked out so well, like Corner Store/UberEssentials, its on-demand delivery service that it launched in Washington D.C. but which was shut down earlier this year.

Uber is going to have some strong competition in the food delivery space, which has two big international players right now: Rocket Internet and Delivery Hero.

If any company has the resources to go up against these giants, though, it's Uber. After all, this is the company that just yesterday added an additional $1 billion bringing its total amount raised over the last year to $5 billion.