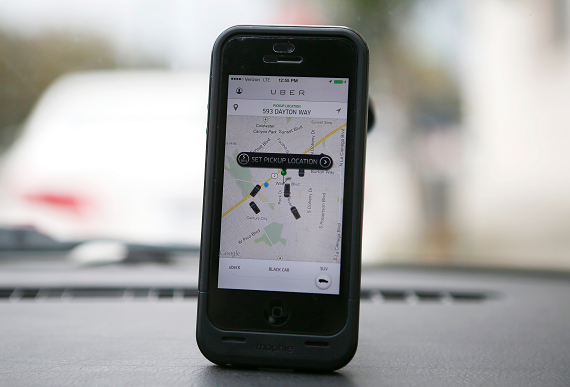 Of all the scandals that Uber has endured in the last few months, the worst, by far, have been the questions over safety and the background checks it does on its drivers. An incident in New Delhi earlier this month, where a passenger was allegedly raped by a driver, caused the service to be banned in that city, as well as Hyderabad, and called into serious question how safe Uber really is.

Uber has been described as an ethically challenged company by many, but if an executive wants to essentially stalk a journalist or whether they are committing fraud against Lyft, those are things that are easy for the average consumer to ignore. Sure they're troubling, but they don't really affect us. Put our own lives in danger, though? That, I imagine, is where people will start to draw the line.

As such, Uber has pledged to put an increased focus on safety, and to strengthen background checks. On Wednesday, the company unveiled some of the initatives and new safety procedures it plans to put into place, while directly addressing the reason it is putting them into action.

"Putting safety first for each of the one million trips we are doing every day means setting strict safety standards, then working hard to improve them every day. We are reminded by the recent tragic event in India that best-in-class safety must be a constant quest," Philip Cardenas, Head of Global Safety at Uber, wrote in a blog post.

"We owe it to all our riders, driver partners and communities around the world to examine what we can do better and then do everything we can to make more progress on safety."

So here is what Uber is planning to do: first, it is going to enhance driver screening through tools like biometrics and voice verification, which it says are currently being developed by its research and development teams.

"We are also investing in ways to provide riders the instant ability to communicate with us and their loved ones in the event of an emergency, building on top of our ShareMyETA feature," said Cardenas.

The company also pledged to beef up background checks, which it admitted were not as rigorous in certain areas of the world. So one of the solutions to that: lie detector tests.

"We are finding solutions in many places that range from polygraph exams that fill gaps in available data to adding our own processes on top of existing screening for commercial licenses – which is what we are undertaking in India," Cardenas wrote.

Additionally, the company announced the hiring of Tim Collins as its new head of Global Support. Collins spent the last 15 years at Amazon, where he led operations and customer support teams. Collins will help Uber with "building Safety Incident Response teams around the world."

And, finally, Uber has also revealed that it will be working with RAINN (Rape, Abuse and Incest National Network) to work on issues that include "women’s safety, conflict resolution, and road safety" and to "incorporate their counsel into our global safety roadmap." RAINN will also be helping to train various members of Uber's safety and support teams.

Despite all of this, Uber is still making sure to note that incidents might happen, no matter how hard they try to prevent them.

"Of course, no background check can predict future behavior and no technology can yet fully prevent bad actions,” it wrote. “But our responsibility is to leverage every smart tool at our disposal to set the highest standard in safety we can. We will not shy away from this task."

Uber has been one of the fastest growing companies I've ever seen in Silicon Valley. The company has raised $2.4 billion in just the last six months, and is now valued at $40 billion. But with that kind of attention has come increased scrutiny.

That has resulted in scandals that include accusations of shady practices and the theft of internal documents. Uber has even suggested that Lyft investors have been pushing Uber to buy the company, something that Lyft has denied. Then there was the incident in which VP Emil Michael suggested that the company should devote $1 million to dig up dirt on the personal lives and families of journalists who say mean things about the company.

Even earlier this week the company endured some bad press when it raised prices during the Sydney hostage crisis.

As I said, though, the safety issue is the one that can really hurt the company. So it's good that it's at least taking some steps in the right direction.

Do you think Uber is doing enough to make sure that riders are safe? Sound off in the comments!