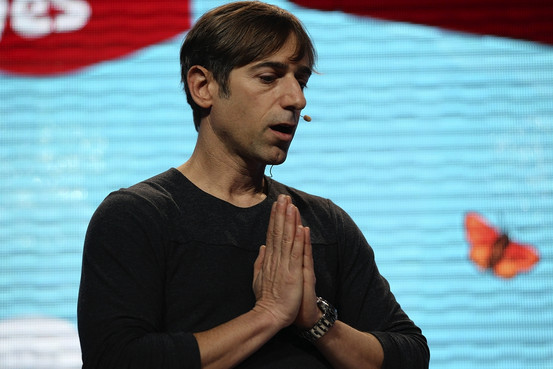 Get ready for a major shakeup in the gaming world.

Current Zynga CEO Mark Pincus might very well be on the cusp of being replaced.

The speculation of Pincus' future role in the company has come under question after reports that Don Mattrick, the president of Microsoft’s Interactive Entertainment Business, is set to depart his current company to take on a "top job" at Zynga.

Of course, there are a lot of ifs in this news right now. The news of Mattrick leaving is unconfirmed, and that means that the danger of Pincus losing his job is also speculation at this point. A confirmation could come as soon as today, though, according to a report out from AllThingsD on Monday.

The reason that it seems so plausible that Pincus might choose to step down as CEO is because of the terrible, terrible time Zynga has been having since its IPO in December 2011.

After Zynga's IPO, in which it ended its debut day at $9.50, down 50 cents from its IPO price of $10, things seems to be going well for Zynga. That is until a crucial purchase in March set the stage of the company coming back to earth, fast.

That would be the $180 million it paid for OMGPOP, a company with one successful game to its name: Draw Something.

Draw Something had been an instant phenomenon, being downloaded 35 million times in its first six weeks alone after debuting that February. And the purchase initially looked like a winner when Draw Something became the top paid app in the iTunes store in April, but things quickly fell apart after that.

The game's numbers fell off severely and the game lost seven million users from May to June alone. Suddenly, the purchase of a small game company that had only seen a single success led to Zynga being severely criticized for being too hasty and overspending on an unproven property.

As Draw Something's numbers fell, so did Zynga's stock price. By June, a stock that had been worth nearly $15 dollars in March was worth one third of that, at one point even dipping below $5.

With that crash came a mass exodus of executives, layoffs and studio closings, including OMGPOP.

So the news of Pincus, who has been CEO of the company since its founding, potentially being replaced is less than shocking.

And Mattrick could be a good choice, as he has extensive experience in the gaming space. He worked at Electronic Arts for 25 years before coming in to oversee the Xbox 360 business at Microsoft in 2007. In its latest earnings report, Microsoft stated that Xbox LIVE now has over 46 million members worldwide, an 18% increase from the prior year period.

It is likely that, if Pincus were to give up his current position in the company, that we would still remain with it in some capacity.

The news seems to have had a rivatalizing effect on Zynga's floundering stock. The stock is currently up 10.79%, or 30 cents to $3.08 a share. It is the first time the stock has risen above $3 since June 5th.

A Zynga spokesperson declined to comment on the report. Microsoft could not be reached for comment, but we will update if we hear anything more.

Zynga has now confirmed that Don Mattrick will in fact be coming on as Chief Executive Officer, and as a member of the Board of Directors. Mattrick was appointed unanimously by the company's current board of directors.

Meanwhile, Pincus will remain as Chairman of the Board of Directors and Chief Product Officer of the Company. Mattrick will also be joining Pincus in a newly formed Executive Committee to manage the operations and affairs of the Company between Board meetings.

"Don is unique in the game business," Pincus said in a statement. "He's one of the top executives in the overall entertainment business and he's a great coach who has inspired people to do their best work and build strong, productive teams."

"I'm excited to partner with Don and the rest of our team to return Zynga to its leadership role in inventing and growing Play as a core human experience."