Through the acquisition, the social gaming giant gets popular game 'Draw Something' 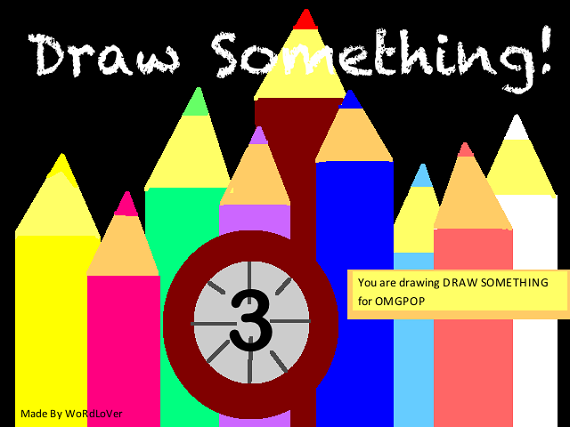 The company that owns FarmVille, FrontierVille, Mafia Wars and Word with Friends just went out and bought itself the hottest new game in town.

Zynga, a San Francisco-based game development company, has purchased OMGPOP, the maker of the extremely popular Draw Something game. While the price tag was not disclosed, it's being reported by a number of publications that the going price wasr $200 million, the largest acquisition for the company yet.

Draw Something is like an online version of Pictionary, where users draw a selected word, be it a celebrity like Justin Beiber or something ordinary, like a slice of pizza, and their friends have to guess what it is.

Despite only being available for six weeks, Draw Something has already been downloaded more than 35 million times. The New York City-based OMGPOP, which has been around since 2006 and has raised some $16 million, was originally named i'minlikewithyou. Draw Something is its first major hit and is the No. 1 word game in 84 countries.

This is not the first time that Zynga has gone out and purchased the developer of a rival online game. In December 2010, it acquired the Texas-based mobile game developer Newtoy, developers of Words with Friends, for $53.3 million.

So far, Zynga, which was founded by Mark Pincus in 2007, has had great success with hits of its own, having developed Mafia Wars and Farmville. As many of our readers know, Zynga is among the game developers with the high presence on Facebook, accounting for 12% of the social network's revenue last year.

But as the gaming industry is a hits business, Zynga knows it can't stop turning out the hits, even if it has to spend hundreds of millions to get it. Fortunately, it has a lot of cash in the bank, after having raised $1 billion in its 2011 IPO.

Though it might be taking a risk by spending so much money on a company that has only had one major hit, Zynga’s Chief Mobile Officer, David Ko, told the Wall Street Journal that his company did not buy OMGPOP based on the strength of Draw Something, but on the talent of OMGPOP’s developers, who were able to build on their past efforts.

While that may be true, it should also be noted that it was reported this month that Draw Something was the most played game on Facebook. The game had 10.8 million daily active users, while Words With Friends only drew 8.6 million.