CEO Chet Kanojia states that it would "disenfranchise 54 million consumers" 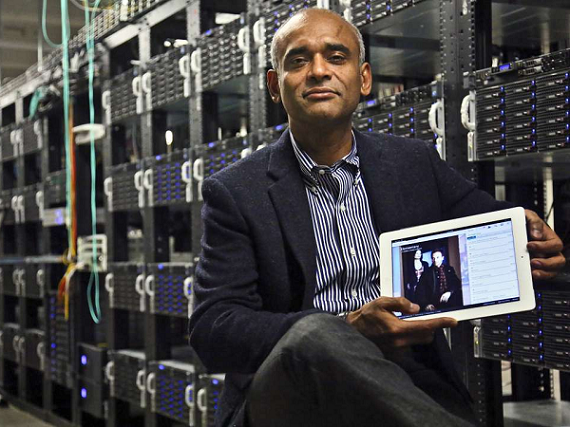 There is no love lost between Web TV service Aereo and the broadcast networks. The networks actually seem to actively hate the service. This has resulted in lawsuits thrown at the company and then some broadcasters, first Fox and then CBS, even threatening to quit the free TV business altogether if Aereo is allowed to survive.

Aereo, for its part, has maintained that it is on the side of the consumer, a sentiment that was reiterated in comments made by Aereo CEO Chet Kanojia Wednesday.

When asked what he thought about the threats made by the networks, Kanojia, speaking at the Ad Age Digital conference, took the high road, simply saying that, “They’re independent businesses. They can choose to do what they wish to," while also noting that there are other factors for them to consider in the long run, including what it would do to millions of people who currently get their television through an antenna.

“The real question is a consumer question: Can you rightfully disenfranchise 54 million consumers?” he asked. “Is that what the preferred policy is?”

There are two reasons that Kanojia seems to think the move will never happen: first, if broadcasters, such as Fox or CBS, moved to cable, he said, others would simply take their place. Second, cable audiences do not have the same reach as the broadcast networks.

“It’s such a large audience, I don’t see how those customers aren’t going to get served," he said.

Either way, Kanojia does not seem to be losing much sleep over the threats made by Fox and CBS.

The fight with Aereo

Aereo is a Web platform that allows users to watch live TV on their mobile devices or computers. It grabs over-the-air TV signals and routes them to users over the Internet, so they can watch broadcast TV whenever and wherever they want, on devices including PCs, iPads and Roku boxes.

So, you might be asking, what's the big deal? Who cares where the show is being watching, as long as broadcasters will still be able to sell advertising?

While that is true, that is not the the problem that broadcasters have with the service. It is actually over their other source of revenue: retransmission fees, which require cable operators, and other distributors, to obtain permission from broadcasters before carrying their programming.

Operators will often be asked to pay to carry the station, but Aereo retransmits the broadcast without permission and without paying. So what Fox and CBS are saying is that they might have to turn into subscription services to cover these loses.

As Chase Carey, News Corp president and COO, said last week, a network that has to carry “big event television” in news, sports and entertainment “simply isn’t sustainable in an ad-supported-only model."

The broadcasters have tried using the legal system to stop Aereo. In March of 2012, many New York-based broadcast stations participated in lawsuits filed against Aereo, stating that the business violated copyright law by using their broadcasts in an unauthorized Internet delivery service that is receiving, converting and retransmitting broadcast signals to its subscribers for a fee.

That decision was recently upheld by the U.S. Appeals Court for the Second Circuit. The next step for broadcasters is to take the lawsuit to the Supreme Court of the United States, and that is no doubt what they will try to do.

In the meantime, Aereo has continued to expand and to raise money.