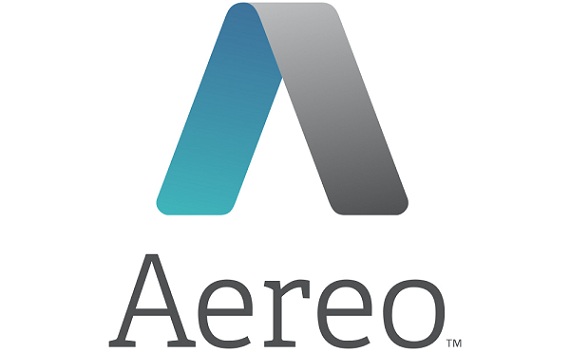 Only a month after declaring that it would be expanding to 22 new cities over the course of this year, Web TV service Aero is first going to be reinforcing itself in the area surrounding its current operations in New York City.

New York City-based Aereo, which has raised $63 million, is a Web platform that allows users to watch live TV on their mobile devices or computers. It grabs over-the-air TV signals and routes them to users over the Internet, using a small antenna, so that customers can watch broadcast TV whenever and wherever they want, on devices including PCs, iPads and Roku boxes. The service also includes a cloud-based DVR, which allows viewers to store shows and watch them later.

No cable subscription is required to use Aereo and it is currently supported on iPad, iPhone, Chrome, Internet Explorer 9, Firefox, Safari, Opera, AppleTV and Roku.

In all, Aereo will be available to 29 new counties across the four states of New York, New Jersey, Connecticut and Pennsylvania, bringing the service to over 19 million new customers, it was announced  Monday.

The new counties where Aereo will be available include:

Previously, Aereo was only available to residents of New York City’s five boroughs.

Last month, Aereo announced that it would be coming to 22 new cities across America. Over the course of 2013, the service will be coming to Boston, Miami, Austin, Atlanta, Chicago, Dallas, Houston, Washington, D.C., Baltimore, Detroit, Denver, Minneapolis, Philadelphia, Pittsburgh, Tampa, Cleveland, Kanasa City, Raleigh-Durham, Salt Lake City, Birmingham, Providence, and Madison. But it seems that Aereo is first looking to roll out slowly in the  tri-state area.

If you're in these areas, here's how you can get the Aereo service. First visit aereo.com/zips for a full list of eligible zip codes, to see if Aereo is available in where you live. Customers can then go to aereo.com/plans to choose one of five plans:

Aereo also announced Monday that it will be launching its first advertising campaign on city billboards, phone kiosks and at key city transit points, including waterways, commutertrains and PATH transit hubs.

An Aereo spokesperson would not disclose any financial figures but said that "it is a multi-million dollar campaign.  Our goal is to raise awareness about Aereo's technology across the metro area, through a simple, direct campaign."

The company would not say how many customers it had, but a spokesperson told VatorNews that the average customer is typically 45 and younger, is a young professional and someone who "may already be using other online platforms such as Netflix, Amazon, and iTunes."

"Many of our consumers continue to have traditional cable subscriptions (they view Aereo as an add-on or a replacement for a second or third box in their home) and many are what may be called "cord-nevers" - the generation of consumers who have never taken a cable subscription. Those users tend to be younger, in their 20's."

The service has run into trouble with broadcast stations that are unhappy with the service for allowing customers to watch television while bypassing the cable companies, and see the service as a threat to their livelihoods.

In March of 2012, many New York-based broadcast stations participated in lawsuits filed against Aereo, stating that their business violates copyright law by using their broadcasts in an unauthorized Internet delivery service that is receiving, converting and retransmitting broadcast signals to its subscribers for a fee.

In July, A U.S. district judge denied the broadcasters an injunction, instead allowing Aereo to continue operating while the networks pursue the copyright lawsuit against the company. The lawsuit still has not been settled and is the judge's decision is being appealed in the U.S. Appeals Court for the Second Circuit.

Aereo has raised a total of $63 million, including a $38 million Series B round of financing in January. The round was led by existing investors IAC and Highland Capital Partners, with participation from revious investors FirstMark Capital, First Round Capital, High Line Venture Partners, and select individuals. The company had previously raised a $20.5 million Series A round in February 2012.