The most likely purchasers are Google or Saleforce, which recently lost out on buying LinkedIn 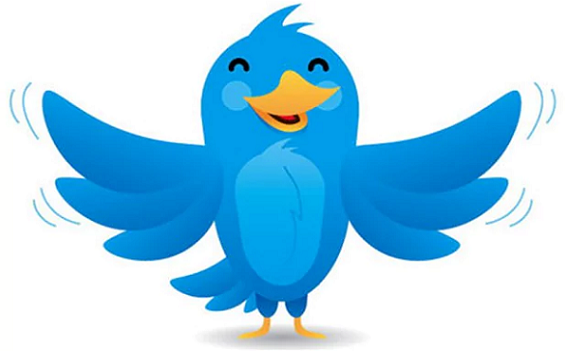 Rumors of a potential acquisition of Twitter are nothing new. It's the kind of news that seems to pop up a few times a year, but it never really goes anywhere, and typically turns out to be false.

Something feels different this time, though. Maybe it's because even Twitter's own founders aren't dismissing the idea, or because the rumors are going beyond just speculation or informal talks. This time it seems like it might actually happen, and investors couldn't be happier.

Twitter has received expressions of interest from "several technology or media companies," according to a report from CNBC on Friday. It may even be getting a formal bid from some of them soon, and a deal could be done before the end of the year.

Right now two of the potential acquirers are known, one a perennial suitor, the other a bit more surprising: Google and Salesforce.

Twitter investors are elated at the news, sending the company's stock up 20.67 percent to $22.48 a share. The last time Twitter's stock was this high was back at the very beginning of this year, nearly 10 months ago.

When it comes to which companies are most likely to be acquired, it seems like you can't throw a rock without hitting someone who believes Twitter's sale is imminent.

In June, Bob Peck, analyst at Suntrust Robinson Humphrey, wrote in a note that a sale was "inevitable" if the company didn't start doing the hokey pokey, aka turning itself around. A post from BTIG analyst Richard Greenfield also speculated that all of Twitter's activity in live streaming sports was a way to get major media companies interested in a purchase.

It's not a surprise that Google would formally bid on Twitter; after, it's the most frequently assumed target for such a purchase, mostly because of how badly that company wants to get social right, following the failure of Google+. There are even reports of such a takeover going all the way back to 2009.

Last summer, when Twitter's stock dove under $30 for the first time ever, speculation of this sort about Google rang up again, but obviously came to nothing at the time.

So, Google is a company that has been talked about as a potential acquirer of Twitter for years; Salesforce, on the other hand, is a new player on the scene, and one that doesn't seem like as much of an obvious fit, given that Twitter is a consumer driven service and Salesforce is a cloud services provider for the enterprise.

Of course, Salesforce was a major player when it came to the acquisition of another social network, LinkedIn. Salesforce made a bid for the company, which eventually wound up being acquired by Microsoft for $26.2 billion in June. That one made more sense, given LinkedIn's focus on job recruiting, but perhaps Salesforce sees more uses for Twitter as an enterprise tool as well.

Vala Afshar, Salesforce.com's chief digital evangelist, certainly seems to be on board with the idea of acquiring Twitter, tweeting out all of the reasons that it would be a good fit for his company on Friday. They include the fact that Twitter is a "personal learning network" and that it's the best place to get "realtime, context rich news." 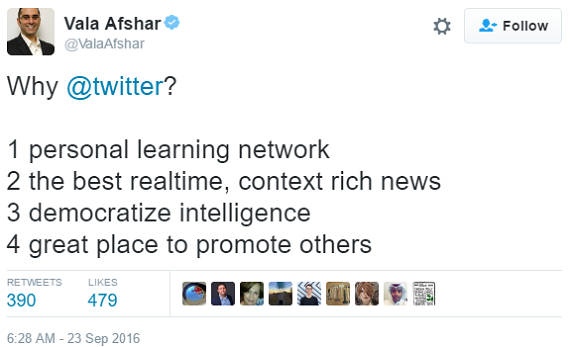 However, he later clarified that this was not a formal endorsement of his company acquiring the company, but that, as he put it, "I simply love Twitter." 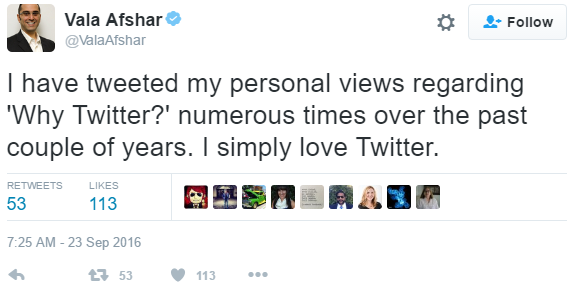 A spokesperson for Salesforce said the company doesn't comment on "rumors or speculation."

Vatornews reached out to Twitter and Google for comment as well, and we will update this story if we learn more. 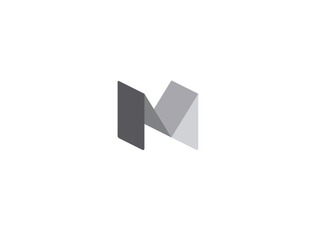 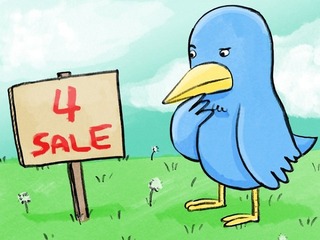