The co-founder, and former CEO, said Twitter would "have to consider the right options" 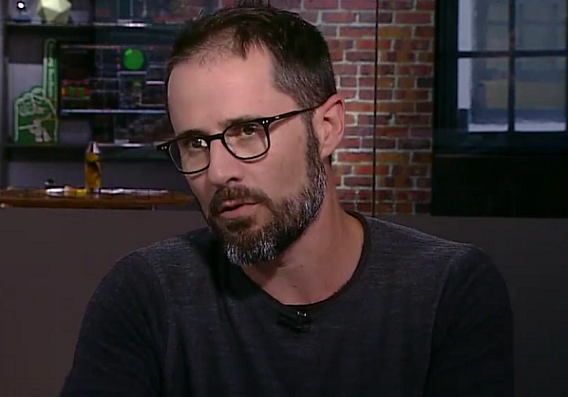 Twitter is no stranger to acquisition rumors, which have only ramped up as it has continued to struggle, losing stock value while user numbers have flatlined.

There has been plenty of speculation about what the future holds for the company from pundits and investors, but now one of the company's co-founders has indirectly contributed to the rumors as well.

Speaking with Bloomberg's Emily Chang earlier this week, Evan Williams, co-founder, former CEO and current Twitter board member, was asked if Twitter could potentially be sold.

"We've seen a lot of M&A, do you see Twitter remaining an independent company?" Chang asked.

Williams' answer was initially, "no comment on that," but he did go a little further, saying, "We're in a strong position right now, I think, and, as a board member, we have to consider the right options."

While that is far from a full-throated endorsement of taking Twitter private again, it also was not a repudiation of the notion either, which leaves the door open on that option.

When it comes to which companies are most likely to be acquired, it seems like you can't throw a rock without hitting someone who believes Twitter's sale is imminent.

In June, Bob Peck, analyst at Suntrust Robinson Humphrey, wrote in a note that a sale was "inevitable" if the company didn't start doing the hokey pokey, aka turning itself around. A post from BTIG analyst Richard Greenfield on Monday speculated that all of Twitter's activity in live streaming sports was a way to get major media companies interested in a purchase.

I even wrote a piece like this myself after rumor started going around that Twitter was going to be purchased by News Corp in January. That turned out to be false.

The most frequently assumed target for such a purchase is Google, mostly because of how badly that company wants to get into social. Last summer, when Twitter's stock dove under $30 for the first time ever, speculation of this sort rang up again. There was also a rumor in June of last year that Bloomberg had made a bid, but that turned out to be false as well.

VatorNews reached out to Twitter for comment on Williams' statement. We will update this story if we learn more.

Elsewhere in the interview, Williams was also asked about Twitter's on-going problem with harassment, which recently became a big issue after Ghostbusters star Leslie Jones was forced off the site by racist users, in a campaign led by conservative writer Milo Yiannopoulos.

That was followed by a lengthy piece by Buzzfeed, which documented 10 years of the company apparently failing in this regard. Twitter, while desputing the premise, did recently take steps to curb the problem.

In the interview with Bloomberg, Williams lamented how online harassment has gotten worse over the years, and that Twitter didn't do enough to stop it sooner.

"It's gotten worse, for sure. I think, early days of the Internet it was a little better, and we sort of felt like, it's a big club, and if you're there, you're welcome," he said.

"So much of the Internet has evolved with that same default framework, so, the idea that anyone can join any conversation is not something that we expect in the real world. And because so many wonderful things come from that online, there's a lot of desire to hold onto that ability, and, yet, it causes so much problems when you open it up to the mass of society."

It's hard to crack down on trolls, he said, because "the lines get blurry," and because of the philosophy of wanting to defend free speech.

"The principal of free speech is that you have to defend speech even if you don't agree with it. So, while it's not a legal requirement, because Twitter's a private entity, as are all these other services, it's a value that we hold, that people should be able to get out thoughts, even if they're unpopular."

That all being said, Williams did acknowledge that Twitter should have dealt with the growing problem sooner.

"I think we would have thought about a different architecture for the service had we known how severe this issue would get, because I think it really has gotten a lot worse in terms of the vitriol, and the severity of the attacks that some people suffer."