With Moments, Twitter is handing its users the best content it has, but is that enough to save it? 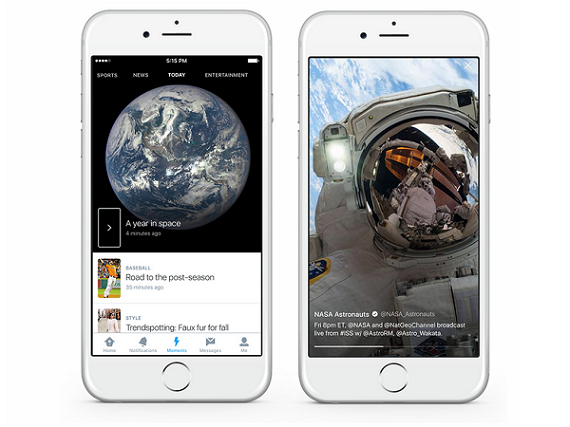 I've always been somewhat amused by the rise of the "here's what Twitter is saying!" stories that now pass as news. I mean, it's the laziest form of "journalism" possible. But, hey, I admit to doing stories like that every once in a while too, though never about anything serious.

So I can tell you that jumping in and trying to find the best Tweets to show off is a giant pain. There are so many of them, not to mention it means having to find the right hashtag to see what was happening (is it #Oscar2015 or #2015Oscars?). It can be intimidating for the uninitiated and Twitter knows this. It's part of the reason why it has had such a hard time with user growth in recent years.

The solution is to do the work for them, by curating the best Tweets for its users, and make them easy to both find and follow. That is why the company has now introduced Moments, a new feature that is designed to curate content by aggregating Tweets and photos from live events and breaking-news situations.

"Every day, people share hundreds of millions of Tweets. Among them are things you can’t experience anywhere but on Twitter: conversations between world leaders and celebrities, citizens reporting events as they happen, cultural memes, live commentary on the night’s big game, and many more," Madhu Muthukumar, product manager at Twitter, wrote in a blog post.

"We know finding these only-on-Twitter moments can be a challenge, especially if you haven’t followed certain accounts. But it doesn’t have to be."

Here is how Moments, previously known as "Project Lightning," works: when Twitter app users see a lightning bolt icon next to their notifications and messages, they will be able to click on and open up a list of curated content that will be continuously updated throughout the day.

Content will not just be Tweets, but also "immersive full-bleed images and autoplaying videos, Vines, and GIFs." It's a more interactive way of getting people to be engaged with content.

So who gets to decide what makes it into a Moment and what doesn't? They will be assembled by Twitter's curation team, while some of Twitter's media partners, including Bleacher Report, Buzzfeed, Entertainment Weekly, Fox News, Getty Images, Mashable, MLB, NASA, New York Times, Vogue and the Washington Post, will also make their own.

Moments is an extremely important step for Twitter. It may be the company's last, best effort to finally find a way to hook in new users. What else can it do but make it as easy as possible to find the very best content it has to offer?

The feature is so important after it was it was announced that Jack Dorsey had been named as Twitter's permanent CEO on Monday, he mentioned Project Lightning a total of six times in a conference call.

"The team is moving with a level of boldness I haven't seen before," he said. "I can't wait for the world to see what's coming, Project Lightening included, but also some of the bolder ideas that the team have to make Twitter an easier place to both create and consume content."

Twitter is a nine year old company. It's publicly traded and deeply embedded. Now the company will see if there is any hope of getting the uninitiated to finally come on board, or if that train has already left the station.

Moments are being introduced in the US across Android, iPhone, and the desktop Web, with more locations getting them in the coming weeks and months.