Edge Fund will invest in areas such as VR, drones, digital health and mobile marketplaces 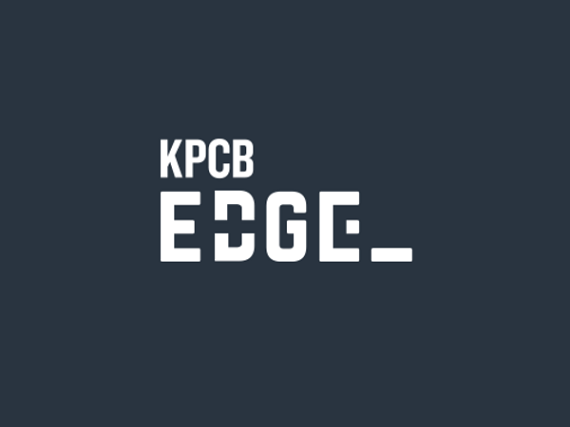 As someone who follows technology on a daily basis, I can tell you that there are some spaces that you quickly become burned out on. There are just too many companies, and too much money, and not enough innovation to make it interesting to write about anymore. Messaging, for example. Big data is another, and picture apps. I keep waiting for someone to do something new and exciting with these spaces, and there just isn't. At least not right now.

Other spaces, though, have not yet hit that peak, and are so fresh and innovative that you just can't wait to hear more. These are companies where the possibilities are still endless because nobody has thought of them yet, or at least figured out a way to make them work.

Kleiner Perkins wants in on the ground floor of some of these new technologies, and to do so it has announced the creation of a new seed fund on Tuesday, called Edge.

One key aspect of the fund is its founder-friendly focus, while the firm highlighted in its announcement.

"Founders are like pilots. Where pilots steer the lives of their trusting passengers, founders carry with them their employees and users, bringing them through wind and turbulence. Whether it be fueling for the journey, recruiting the right crew, or navigating to the destination, the difference between success and failure at each of these points is often the difference between life and death," the firm wrote.

Pilots have a checklist or " a collection of essential commandments that guide each flight." Now the firm wants to give the same thing to founders.

"At Edge, we’re focused on solving specific problems that founders across our portfolio face – recruiting, third party tools, financing, operations, or just connecting with fellow founders," KPCB wrote. "We believe that at the earliest stages of company building, founders can be helped as much by great software as by great people. That’s why we’re taking a software defined approach to venture capital."

Edge is being run by three KCPB partners, with founding partner Anjney Midha in charge.

He joined the firm as its youngest partner in late 2013. Before that, he led the Dorm Room Fund at Stanford.

The other partners are Engineering Partner Roneil Rumburg, who came to the firm from Bitcoin payments company Backslash; and Product Partner Ruby Lee, who previously worked at Google, where she helped launch Project Fi.

"At its core, Edge is attempting to redefine seed investing through software, where product, engineering and design have the same status as investing. It’s the way I wish my early investors had approached venture capital when I founded Composite and Passenger, and I can’t think of a team better suited to tackling this problem," Mike Abbot, General Partner at KPCB, wrote in a blog post.

"Each of them has built, backed or managed products used by thousands of people, while remaining grounded to the core mission of helping founders working on the earliest stages of company building."

Several details are missing right now, including how big the fund will be, how many startups the firm intends to invest in and how much it will invest in each one. VatorNews has reached out to Kleiner Perkins for more information and we will update this story if we learn more.

KPCB is no stranger to making seed investments, of course, having made numerous investments in early stage companies. The firm has recently invested in companies that include MODE, an internet of things platform; Spruce, an app for connecting patients and doctors; and Area 1 Security, a provider of cyber security solutions.