Grab, formerly Grab a Grub, a food-logistics firm, raised a $1 million round of seed funding from Oliphans Capital Haresh Chawla.

ScaleFT, a DevOps startup, raised an $800,000 seed round from Rackspace and participation from a number of angel investors, including Alex Polvi.

SherpaShare, an analytics layer for the ride-sharing industry, raised a $700,000 seed round from “SF and NY angels,” with ZPark, Corrigin Ventures, and Galvanize Ventures also participating.

Recruiter.com, an online recruiting service, raised over $350,000 from a group of angel investors.

Transpose, a platform combining notes and databases with data retrieval technology, raised $1.4 million in funding from institutions including Founders' Co-op, Alliance of Angels, and The Gramercy Fund.

Innovaccer, a data analytics company, raised an undisclosed amount of seed funding in a round led by Rajan Anandan, with 500Startups and Phanindra Sama also participating.

DocPlanner, an online platform to book appointments with doctors and dentists, raised $10 million in a round led by the European Bank for Reconstruction and Development and Lukasz Gadowski, with Fabrice Grinda, Point Nine Capital and Piton Capital also contributing,

CrediFi, a big-data platform for commercial real estate finance, raised $8 million in a round led by Battery Ventures, with additional funding from Carmel Ventures and OurCrowd.

Millennial career platform The Muse, raised a $10 million Series A round from Aspect Ventures, DBL Partners and QED Investors.

PlanGrid, a provider of construction field enablement software, raised $18 million in a Series A round from Sequoia Capital.

Talkspace, a platform connecting people with licensed therapists for online therapy, raised $9.5 million in a Series A round led by Spark Capital and SoftBank, with Metamorphic Ventures and TheTime also participating.

Omada, a provider of identity and access governance, raised a $24 million round from C5 Capital.

Edtech startup Explain Everything raised $2 million in a Series A round led by Credo Ventures, with New Europe Ventures, RTAventures, and several private investors also participating.

Cleeng, a provider of video e-commerce for sports and entertainment companies, raised €1.1 million in a Series A round led by Pascal Cagni.

Paidy, a cardless e-commerce payment and instant credit service raised a Series A round of $8.3 million led by Arbor Ventures, along with SIG Asia and MS Capital.

Internet of Things data analytics company mnubo raised a $6 million round led by White Star Capital, along with McRock Capital.

Pipedrive, a sales CRM and pipeline management company, raised $9 million in a Series A round led by Bessemer Venture Partners with participation from Paua Ventures,  Rembrandt Venture Partners and AngelPad.

Myomo, a medical device company specializing in myoelectric orthotics, raised a $5 million round led by Mountain Group Capital, along with existing investors.

Wave raised a $10 million Series C round from CRV, The Social+Capital Partnership, OMERS Ventures, and a strategic investor in the global fintech software space.

Online education service eduK raised a $10 million funding round from Accel Partners, along with Monashees Capital and Felicis Ventures.

Bit Stew Systems, a provider of data integration and management solutions to utilities, raised $17.2 million in a Series B round led by GE Ventures, Cisco Systems, Yaletown Venture Partners and BDC Capital.

Cartiva, a developer of products for the treatment of cartilage injuries and osteoarthritis, raised $8.5 million in a Series D rpumd led by New Enterprise Associates, with participation from Windham Ventures Partners.

Video ad network Mediabong raised $5 million in a round led by Entrepreneur Venture and Conegliano Venture.

Pipedrive is a CRM-replacing deal management tool. It is built for active deal makers, not only salespeople. It helps people be super organized and close their deals in less time. 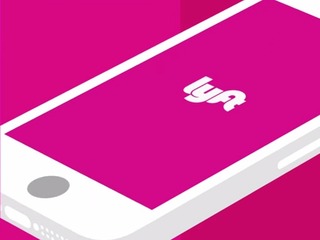 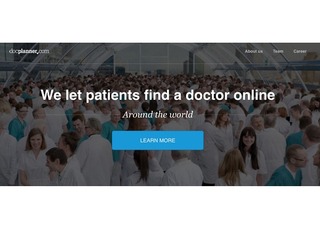