CrowdStreet, a crowdfunding marketplace for commercial real estate, has anything to say about it, raised $800,000 in a seed funding round led by Green Visor Capital and Seven Peaks Ventures, along with Portland Seed Fund.

Relayr, which enables companies to leverage the power of the Internet of Things, raised $2.3 million from unnamed U.S. and Switzerland-based investors.

Authorea, a serive to write scientific, academic, and technical documents in collaboration, raised a $610,000 seed round led by ff Venture Capital and NY Angels.

Massdrop, which helps ID and create demand among communities for products at discounted rates, raised a $6.5 million Series A round led by Mayfield Fund, along with Kleiner Perkins Caufield & Byer, First Round Capital and Cowboy Ventures.

Bionym, creators of the Nymi Band authentication wristband, raised $14 million in a Series A round led by Ignition Partners and Relay Ventures, along with Export Development Canada, MasterCard, and Salesforce Ventures.

ZEEF, a Dutch content curation startup, raised a $1.55 million Series A round from angels with online marketing experience.

Airport rental car service app Silvercar raised $14 million in a round led by Eduardo Saverin and Velos Partners, along with Austin Ventures.

Big data platform COTA raised $3.7 million in a Series A round led by Horizon Healthcare Services, with participation from Med-Metrix.

Apontador, a platform that connects people on the go to local businesses, raised $15 million from Movile.

Pro.com, a pricing engine for estimating the cost of a home project, raised a $14 million Series A funding round co-led by Maveron and Madrona Venture Group, with participation from previous investors.

GetFeedback.com, a customer feedback company, raised $2.3 million from Salesforce Ventures and others.

BrandMaker, a provider of Marketing Resource Management (MRM) systems, raised over $30 million from PINOVA Capital and a fund run by L-Bank.

Event planning platform HoneyBook raised $10 million in a Series A funding round from Aleph VC.

CurbStand, an app that allows users to locate, pay and tip for valet parking from their mobile devices, raised $3 million from a private investor.

Numerify, a cloud-based analytics company focused on the Business of IT, raised  $15 million in a round led by Sequoia Capital.

Jiff, a digital health technology company, raised $18 million Series B funding round led by Venrock, along with Aberdare Ventures and Aeris Capital.

Qualtrics, an insight platform, raised a $150 million Series B round, led by Insight Venture Partners, along with Accel Partners and Sequoia Capital.

Agari, a provider of data-driven security solutions, raised a $15 million Series C round of funding led by Scale Venture Partners with participation from Alloy Ventures, Battery Ventures, and First Round Capital.

BetterWorks is a venture-backed company based in Los Angeles. Founded in 2010, the company mission is to help small and medium-sized businesses "Make Work Rewarding". The BetterWorks Perks Platform is a simple yet powerful way for management to "reward more" and help employees "stress less."

Perks offered through BetterWorks include discounts at every day conveniences like favorite local restaurants and gyms to new activities such as golf lessons, spa treatments, dog walking, even comedy club tickets.

The BetterWorks Perks Platform takes the management headache out of building "one-size-fits-all" perks programs and creates choice for each employee. Companies sign up in minutes and have the option of allocating a per-employee perk spend budget to be used with BetterWorks merchants.

Currently 200+ companies in LA, SF and Austin are providing BetterWorks to employees. Upcoming city expansions include Orange County, San Diego and areas of New York. To learn more and sign up in minutes, visit: http://betterworks.com.

Headquartered in San Francisco, CA, Taulia Inc. brings to the table a deep understanding of buyer-supplier processes and leading SAP expertise. As a certified SAP Partner, we build solutions that fully exploit your SAP system’s potential, rather than bypassing SAP and creating redundant functionality.  For more information, please visit www.taulia.com. 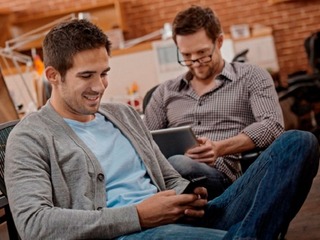 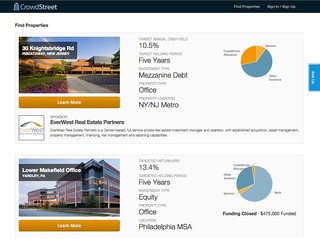 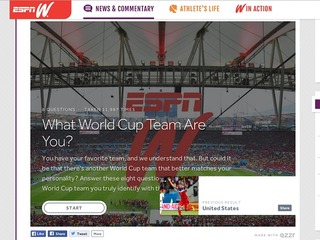 Qzzr gets $2M to give quizzes a shot in the arm