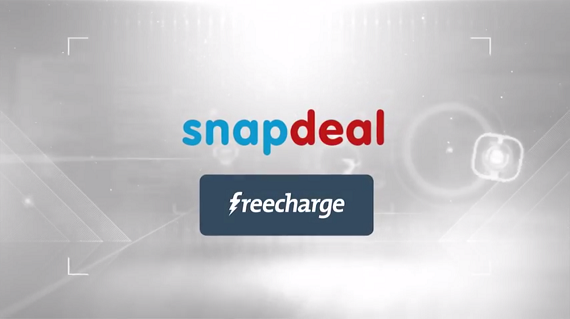 Snapdeal is coming off of an absolutely huge fundraising year, in which it raised at least $800 million in various rounds from high profile investors. And the company has been using that money to go on a shopping spree.

The Indian e-commerce company announced its latest purchase on Wednesday, buying up mobile transactions platform FreeCharge. No financial terms of the deal were disclosed.

"This is one of the biggest acquisitions in the history of the internet industry in India and sets up Snapdeal to build the most impactful digital commerce ecosystem in India," the company wrote in its blog post.

"With this acquisition, Snapdeal becomes the largest mobile commerce company in India offering the widest range of products and services, including financial services, mobile recharge and utility payments with an exponentially growing user base of over 40 million."

Founded in 2010, FreeCharge has more than 20 million users. Mobile transactions on FreeCharge app grew by 60 times in 2014 driven through over 10 million app downloads. The company has raised $115 million in venture capital, most recently an $80 million Series C round of funding from Valiant Capital Management, Tybourne Capital Management, Sequoia Capital, RuNet, and Sofina in February of this year.

Nothing will change for FreeCharge, at least not in the immediate future, as it  will "continue to function as an independent platform and all aspects of FreeCharge’s shopping experience will remain intact."

The company will have the opportunity to scale its product using Snapdeal reach and resources, though.

"The partnership with Snapdeal comes at the right time, I foresee this as an opportunity to accelerate our road map in India and reach out to millions of users across the country," Kunal Shah, Co-Founder & CEO, FreeCharge said in a statement. "As a brand, Snapdeal has a massive recall and we are very excited to be a part of the team that is creating the biggest digital ecosystem of the country."

This is Snapdeal's fourth acquisition since December. It has also purchased gift recommendation site Wishpicker.com

Snapdeal has been on an acquisition spree. In December, it bought a gift recommendation platform Wishpicker.com, followed by online luxury fashion site Exclusively.com in February and  digital financial products distribution platform Rupeepower in March.

The company got the money for all of these acquisitions by raising at least $860 million in four rounds in 2014.

The company then added another $627 million from Softbank in October.