It's official: Fab has been sold off to PCH

No financials were disclosed, but Fab, once valued at $1 billion, is said to have sold for $15M 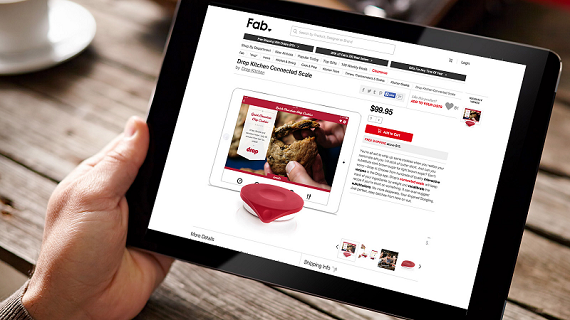 Fab, the once might company that was worth $1 billion, has officially fallen.

The company announced on Tuesday that it has been sold to PCH International, in order "to focus 100% of our resources on Hem." Though no financial terms were disclosed, previous reports had pegged the sale price at roughly $15 million, a pretty far fall for company that had raised over $336 million, including a $150 million round that, again, put its worth at ONE BILLION DOLLARS.

All the money it made from the sale will go toward Hem, its furnishings company that it announced in July of last year.

Going forward Fab will continue to exist, though in a much leaner fashion. As part of the deal, 35 Fab employees, including engineers, merchants, graphic designers and marketers, will remain with the company, Liam Casey, Founder and CEO wrote. PCH will also make some hires in merchandising, marketing and creative in order to supplement the team.

It will also make "additional investments" in order "to grow the business, solidify existing supplier relationships and attract established and emerging designers. PCH will also explore forming a design advisory board and recruiting a creative director in residence."

With Fab sold off, Jason Goldberg is no longer CEO, as he will now be in charge of Hem, and he has been replaced by Renee Wong, general manager since May 2014.

"I believe that PCH is the perfect partner to carry the Fab brand forward," Goldberg wrote in a blog post. "It’s personally very satisfying to see Fab land in a great place with PCH. PCH is known for its world-class operations and its deep appreciation for brand, design, and the customer experience. PCH is the perfect home for Fab."

PCH is a custom design and manufacturing business that works with some of the best-known brands in the world to make and deliver consumer products internationally. It had over $1 billion in revenue last year.

The purchase of Fab, Casey said, "aligns with our strategy to enhance our distribution channels for designers and startups that partner with us."

So how did Fab fall so far in such a short period of time? Basically is began shifting away from its flash sales model, and toward the new custom-design model of Hem. And it became clear that Goldberg was less interested in Fab as time went on.

The decline of Fab started with 100 employees at its Berlin office in July of 2013, in order to consolidate operations in New York. That was followed by another round of layoffs, with 101 people, including 84 members of its New York team, being fired. Another 50 were then axed in November. In May of last year, another 90 workers were canned.

It also lost some key executives, including its own co-founder, Bradford Shellhammer, who left the company in November of last year. COO Beth Ferreira also announced that she was leaving the same month.

At the same time, the company made it clear that its focus was shifting, as it purchased German furniture maker Massivkonzept, and Finnish designer furniture company One Nordic, and it also acquired assets from myFab, a home decor and designer furniture portal in France, back in October of last year.

It even launched its own retail store, as well as a custom furniture website, with its own line of sofas, dining tables and other home furnishings in April.

The clearest sign of all was the debut of Hem, a separate company that Goldberg said will specifically deal with “private label furnishings." The service launched in 30 countries in September and features "a full-stack design company: everything from design to product development to manufacturing to technology & logistics.”

As Goldberg shifted more and more of his interest away from Fab and toward Hem, the company simply started to waste away. Now it gets to live on, in some capacity, but it is a shell of what it once was. 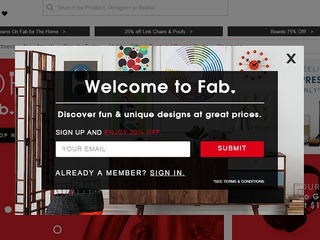 Ouch! Fab to be sold for as little as $15 million?