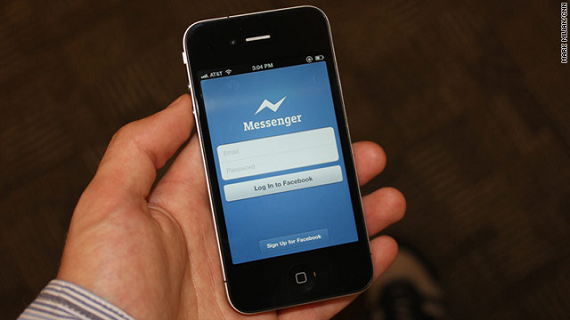 When Facebook decided to decouple Messenger this summer, forcing people to download a separate app in order to use it, there was a huge uproar. People accused Facebook of violating their privacy and of collecting their data, as if the company wasn't doing that already.

It was the same stupid, reactionary stuff that always happens when something changes and people get freaked out over nothing. Is it a slight inconvenience to download a new app? Sure. But not so much of a problem that most people didn't just go ahead and do just that.

Messenger, which had 200 million users back in April, has now more than doubled that number to 500 million users, the company revealed in a blog post on Monday.

"Messaging is an important part of how people stay connected and since Messenger launched in 2011 we’ve been passionate about giving people a faster and more expressive way to communicate," Peter Martinazzi, Director of Product Management at Facebook, wrote.

"Today more than 500 million people are using Messenger each month and we’re more committed than ever to make it the best possible messaging experience."

The decoupling of the Facebook Messenger app now looks like a big success. But why did the company do it in the first place?

Mark Zuckerberg addressed this in a live Q&A session last week. Here is part of his answer, via The Verge:

"We wanted to do this because we believe that this is a better experience. Messaging is becoming increasingly important. On mobile, each app can only focus on doing one thing well, we think," he said.

"The primary purpose of the Facebook app is News Feed. Messaging was this behavior people were doing more and more. 10 billion messages are sent per day, but in order to get to it you had to wait for the app to load and go to a separate tab. We saw that the top messaging apps people were using were their own app. These apps that are fast and just focused on messaging. You're probably messaging people 15 times per day. Having to go into an app and take a bunch of steps to get to messaging is a lot of friction."

He called asking people to install a new app a "short term painful thing," but said that if the company wanted to focus on delivering messaging well, "we had to build a dedicated and focused experience."

The other reason is that Facebook made this decision is that is has been developing its own suite of stand-alone apps, including self-destruct messaging app Slingshot; an anonymity app called Rooms; fitness tracking app Moves; and a reader called Paper.

"Messenger was the first of our standalone apps, and unlike our core Facebook apps, it focused on one use case – messaging," said Martinazzi. "This is an exciting milestone but with a half billion people relying on Messenger to communicate and connect, it is also a reminder that there is so much left for us to do."