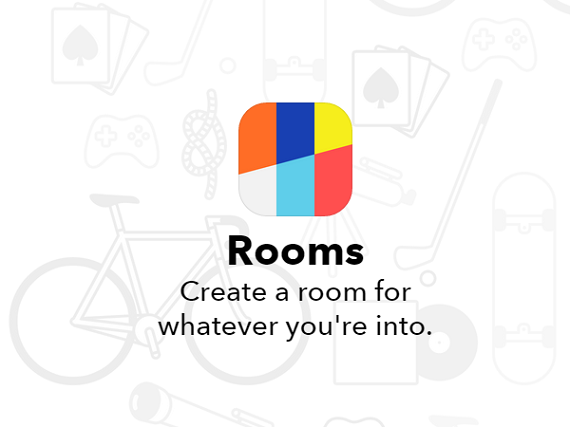 Coming off a scandal, in which it used strong arm tactics used to force drag queens on the network to change to their real names, Facebook has decided to go in the complete opposite direction, launching a new app dedicated to allowing users to be anonymous.

The app, called Rooms, allows users to come together over shared interests. Think of it kind of like what chat rooms were back in the mid-90s, only with more visual media, including photos and videos. The person who creates it will choose the topic of the room, of course, and it can be about anything they want.

The creators have complete control over every aspect of the room, including the text and emoji on the like button and the cover photo and dominant colors. They can also create custom “pinned” messages, customize member permissions, and even set whether or not people can link to the content created in the room on the web.

As previously reported Josh Miller, former CEO of social sharing service Branch Media, which was bought by Facebook in January, is leading the app.

In a blog post, he outlined what is the most important aspect of the new app: users being able to call themselves whatever they want in the app.

"Our job is to empower you," Miller wrote. "That extends to the presentation of yourself.  One of the things our team loves most about the Internet is its potential to let us be whoever we want to be."

Our online identities "can be liberating, but only if we have places that let us break away from the constraints of our everyday selves," he said. "We want the rooms you create to be freeing in this way. From unique obsessions and unconventional hobbies, to personal finance and health-related issues – you can celebrate the sides of yourself that you don’t always show to your friends."

So users can use their real names if they want, or create a new name. It's up to them. Facebook is putting the power into the hands of its users. Users don't even have to have a Facebook account to use Rooms.

This is all a big change of pace when its Facebook's long standing policy on identity; on its main service, it has strongly encouraged its users to identify themselves as who they really are, and by their given names, to better establish connections and, let's be honest, to giver advertisers a better idea of who they are selling to.

Of course, there is no way for Facebook to really know that anyone on the network is who they say that they are, and I know plenty of people who do not use their given names on the site. But actually actively allowing such a practice may be an acknowledgement that the Internet is changing, and that some things are better said without anyone being able to trace it back to you.

That policy eventually led to the drag queen incident, which turned into a black eye for Facebook, as it came off as bullying and prejudiced for singling out a particular group, when many others do the exact same thing.

Facebook's chief product officer, Chris Cox, eventually apologized for the incident, blaming it on an individual who reported several hundred accounts as fake.

"In the two weeks since the real-name policy issues surfaced, we've had the chance to hear from many of you in these communities and understand the policy more clearly as you experience it. We've also come to understand how painful this has been," he said. "We owe you a better service and a better experience using Facebook, and we're going to fix the way this policy gets handled so everyone affected here can go back to using Facebook as you were."

Whether or not this incident has been sufficiently smoothed over, it highlighted a real problem between Facebook's policies and how people actually use the service. Rooms is the first acknowledgment of the limits that the company may have been placing on itself. 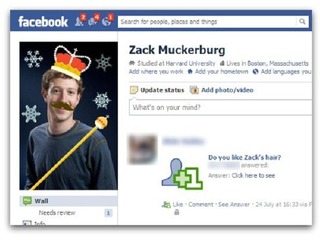