Here we go again: Facebook's latest effort to take on (or is that down?) Snapchat is finally here.

The app, as was previously reported, is called Slingshot and it works pretty much like Snapchat, in that the messages that are sent will disappear after they are read. But there is a big twist: users cannot unlock content until they send, or "sling," some content back.

For Facebook, the ultimate goal is to get its users to share the everyday moments of their lives.

"With Slingshot, we wanted to build something where everybody is a creator and nobody is just a spectator. When everyone participates, there’s less pressure, more creativity and even the little things in life can turn into awesome shared experiences. This is what Slingshot is all about," the company wrote in a blog post announcing the launch of the new app on Tuesday.

"We’ve enjoyed using Snapchat to send each other ephemeral messages and expect there to be a variety of apps that explore this new way of sharing. With Slingshot, we saw an opportunity to create something new and different: a space where you can share everyday moments with lots of people at once."

The unlocking feature is an interesting way to try to end the practice of Facebook stalking: where all you do is check out what others are saying or doing, while  not posting yourself. It forces people to be more engaged on the app.

But I have a feeling that it will ultimately backfire because it is a hindrance to communication. How can I respond to a message or video that was sent to me if I can't see it yet? Do I need to write something innocuous like, "Thanks!" before I can unlock it? And can the person I just sent that pointless message to then not see it before sending another innocuous one back?

If you think about it, by putting up this barrier, there always be at least one message that remains unopened. And the conversation will constantly be a step behind what was just sent. I can see many people becoming frustrated and confused by the app and the hoops they will have to jump through just to send a picture or a video.

This is not the first time that Facebook has tried to steal some of Snapchat's thunder by, essentially, ripping it off.

The last time the app was called Poke. It debuted in December of 2012, and was right seen for exactly what it was: simply an attempt on Facebook's part to compete with the then new phenomenon known as Snapchat. The Poke app allowed users to send each other messages, photos, or videos that had a set time limit before they expired. Each message was deleted after a specific time that the user set, either 1, 3, 5 or 10 seconds.

The app was never really taken seriously, and Facebook seemed to quickly forget about it as well. As of last month, Poke was no more.

Slingshot will become available in the U.S. on iOS and Android on Tuesday. 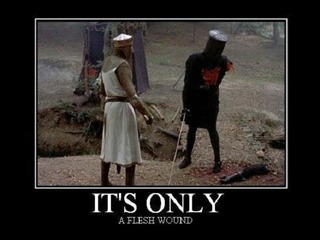