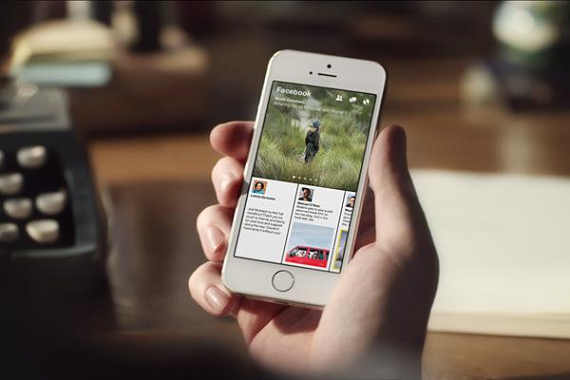 Following the release of the company's earnings reports on Wednesday, Mark Zuckerberg got on a conference call and said that Facebook would be continuing its push on mobile in the upcoming year with more standalone apps, a la Messenger and Instagram.

Only a day later, Facebook is already making good on that promise with the announcement of its new mobile newsreader app, called Paper.

The app, which is the first  product from Facebook Creative Labs, will display stories based on themes, which allows the user to follow their specific interests. Its first section is the user's News Feed, which will feature not only stories, but also photos, videos and longer written posts.

After that, the user has the ability to customize the app, with over a dozen sections, including photography, sports, food, science and design, to curate news from.

The app will also look different from other Facebook apps by allowing uses to scroll horizontally through stories. When a user clicks on a story or a photo, it becomes full screen. Photos are high-resolution, and, if the users tilts the phone, it will enlarge the photo so it can be explored "from corner to corner " so that users can "see faces and other important details up close."

The app will also features autoplay videos, as well as covers that "make it easy to spot articles from trusted publishers and decide what to read or watch."

The app will be available for the iPhone in the United States on February 3rd. Presumably it will roll out to other countries.

The Paper app is a culmination of moves made by Facebook over the past few months to deliver high quality, aggregated content to its readers. The company has made it clear that it wants to be the place for people to get the most relevant news.

Rumors of Facebook developing a Flipboard-like reading app have been around for a while now. Following a report in October that found that a full 30% of adults in the United States get their news from Facebook, it came out that the company was testing out a new feature that would make it easier for users to read articles by being able to  save links that they found on Facebook so they can access them later.

In December the company updated its algorithm to give people more, and more relevant, news articles to read. It said it wanted to highlight "high quality content," while pushing down other kinds of content, like memes.

It also added features to give people content that they will more likely to be interested in, including related articles that appear underneath the one that the person just clicked on.

The release of Paper also gives Facebook another potential source for mobile advertising, which now represents over 50% of all of Facebook's advertising revenue for the first time. The company now makes $1.25 billion from that sector. 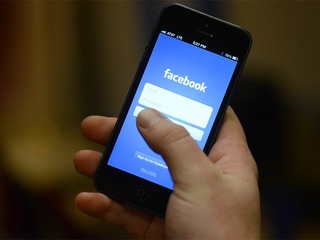