If you've ever asked a question online, such as, "Can you tell a baby's gender at 16 weeks?" or "What are the best desk top speakers?" - you've probably, during your research, landed on some community forum, with random people offering up their answers.

If you've noticed, many of these forums look pretty outdated. Moreover, they don't take advantage of the targeted audience that's more than likely interested in buying something. For instance, if I'm asking about speakers, it's probably a good hint that I'm in the market to buy them. Sure, there are advertisements on those forums, but nothing that engages a person to really make a purchase.

Massdrop hopes to change that by harnassing the experts in communities to rally their followers, and non-experts, into buying a deal.

Massdrop is a startup that helps identify and create demand amongst enthusiasts communities for products at discounted rates. Think Groupon (group buying) meets Ning (disparate communities), but with a twist.

The young company just announced a $6.5 million Series A round of financing, led by Mayfield Fund. Tim Chang, a partner at Mayfield will join the board. Also participating include existing Seed-round investors, such as Kleiner Perkins Caufield & Byer, First Round Capital and Cowboy Ventures.

The cleverness of Massdrop is that it's going to where the demand is - in communities, where experts have the ability to influence mindshare and, importantly, product purchases.

The idea came out of the observations of co-founder Nelson Wu, who was part of an auto enthusiast community called Bimmer Forums. He noticed that often one person would rally the community to make a group purchase. But these were one-off purchases.

"These discussion boards haven't changed," said Steve El-Hage, co-founder and CEO of Massdrop. "Within each of these communities, commerce is fragmented... Getting 100 enthusiasts to buy together and placing that order with a vendor to get a group purchase was happening on an ad-hoc basis."

This observation led to the creation of Massdrop in July 2012. It took 10 days to build a prototype, said El-Hage. Massdrop was made to initially make it possible for people to buy together, said El-Hage. And boy did they strike a chord with the communities.

The very first product was a VBOX Performance Box GPS Data Logger, which retailed for $600. Massdrop was able to get the price to $400 with 30 people in for the "drop" - the term used to refer to a group buy. The Audi Grill accounted for $50k in sales alone. Since that first month, the biggest purchase in terms of dollar value was for the AKG Q701 Audiophile Headphones, which had 1,429 participants. Some 1600 units were sold for a total of $251,000. The biggest drop in terms of number of units sold was a Granite Keycap Set, in which 5,500 units were sold.

With traction like that, it's no wonder Kleiner Perkins came in as a seed investor in a round that was $1.35 million, helping El-Hage and his co-founder move out of a hacker hostel on the corner of Sand Hill Road and El Camino, where the rents were $500 per person, per month.

Today, Massdrop is in six communities, with enthusiasts interested in audiofile, mechanical keyboards, hobby shop, small batch male fashion, and every day carry (these are a group of people who care about what they carry in their pockets). Over the next 12 months, it plans to get into 20 more. These niche communities are significant, when combined together, El-Hage explained, pointing out that Internet Brands, one of the largest owners of communities and forums, has more than 100 million active monthly users.

Massdrop currently has one million monthly unique visitors, doubling every three months. While this metric may be useful for an advertising-supported company, what really matters is how many products are purchased.

El-Hage currently lists about 60 to 80 drops a week, and each drop lists for seven days. But not all products attract enough demand to be fulfilled. After seven days, a "buy" button turns into a "request" button. And some 50 to 70 products are re-listed. But once a drop is ready to be fulfilled, the median number of people in each drop runs between 200 and 250.

More than half of the people who purchase an item, come back to purchase another. And 80% of its vendors list another item. It has one million monthly unique visitors, doubling every three months, said El-Hage.

Massdrop's fees vary per product, but averages between 5% and 15% of the price paid.

The next step for Massdrop, besides establishing as the purchaser of record for these communities, is to host them, which opens up potentially another revenue stream - advertising.

This community-development-and-hosting aspect of Massdrop brings Ning to mind, raising the question whether being a platform for communities is a viable business. Ning blazed onto the scene many years ago as a platform to allow people to create communities, or custom social networks. It never really took off relative to the expectations behind it, though it still exists.

The other difference is that Ning never focused on group-buying.

Group-buying and flash-sales became popularized by Groupon, one of the fastest-growing companies with the most copycat companies. It was an instant hit because it managed to bring together demand through its catchy marketing material and its use of viral marketing. But there's only so many restaurant and spa coupons someone can push onto their friends. And there's only so many discounts to be given before vendors want repeat customers.

The question therefore for Massdrop is how does it keep up demand for discounted-group products and keep its vendors happy? Maybe hosting communities and relying on another revenue stream like advertising is a good move.

Look at Internet Brands. It recently sold for $1.1 billion. 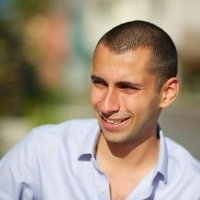