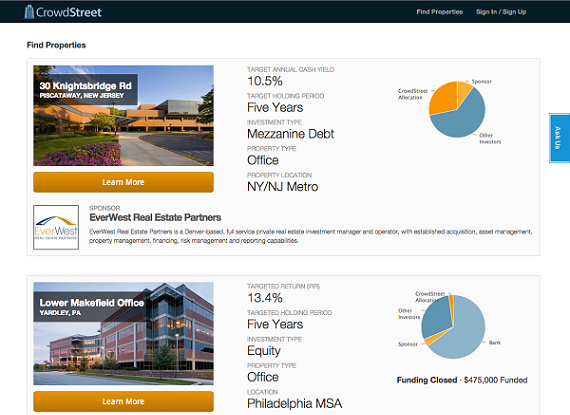 The Internet has opened up the world, and lifted barriers, in so many ways it’s hard to count, but there are some roadblocks that still exist, and have yet to be fully bridged even now. No matter how much information out there, something remained closed off to the majority of people.

One of those is commercial real estate, a sector that, frankly, most of us know nothing about. We don't have either the knowledge, or the connections, to know what is for sale or how we could buy it. But that may not be the case for much longer though, at least not if CrowdStreet has anything to say about it. The company is a crowdfunding marketplace that connects accredited investors with institutional-quality real estate investments.

Now it has raised $800,000 in seed funding to help turn that vision into a reality. The round was led by Green Visor Capital and Seven Peaks Ventures, along with Portland Seed Fund. This is the first money that CrowdStreet has raised.

There are two separate problems that CrowdStreet is trying to at the same time, Tore Steen, CEO of CrowdStreet, told me in an interview. The first one is on the supply side, and helps out commercial real estate developers who have a hard time raising capital through traditional funding options.

"There is a lack of new investors to replenish money for deals. Traditionally they have gotten part of their equity from high network investors," he said. "These are high network individuals, who can afford to put money in, but they are confined to a geographic location, and can only meet with people in their own neighborhood."

CrowdStreet opens up these opportunities to a broader range of investors, who may not have the connections in other parts of the country.

The other way that CrowdStreet helps is on the consumer side, by giving those accredited investors more access to deals and better opportunities.

"You spend every day walking by large commercial real estate opportunities, but never have access to  them, unless you new the developer or operator, or had some experience," said Steen. "Even in the offline world, there is an inconsistent set of data, with no standard to compare owners and operators, and no way to know how good their track record is."

Incorporated in March of last year, the company has four different projects currently listed, one of which closed and another two which are fundraising.

In July, CrowdStreet completed its first public posting on behalf of Mainstreet Bloomington. A 66,197-square-foot, care and rehabilitation facility with 100 recovery suites, Mainstreet raised $1.6 million in four weeks, one of the largest raises for a real estate crowdfunding transaction, through CrowdStreet.

On the investor side, Steen says that that CrowdStreet already has several thousand on the site.

There are three different types of investors who use the service he told me: first, those who are more advanced and who have done this before, and want to be exposed to more deals. Second, newer accredited investor in real esatate, who might have invested indirectly through their portfolio. And, third, serial crowdfunding real estate investors, who have had experience, and have participated in other platforms for commercial real estate before on sites like Realty Mogul or Fundrise.

CrowdStreet will use the capital to grow its team, hiring Web developers, as well more in sales and marketing. With six employees currently, it plans to double that number of the next year.

It also plans to use the funding to expand the platform with more features and functionality, including how they interact on the marketplace.

For example, it is planning to release a sponsor portal, which will enable sponsors to have even more direct access to view investors, and  get to know investors directly through portal, with daily stats, and a dashboard showing them interest levels, he said.

"Think back to the early days of eBay. What eBay did was build the tech solution that enabled for power sellers to set up storefronts and enhance their reputations," said Steen. CrowdStreet ultimately wants to do the same thing for real estate operators.

At the same time, Steen also looks at another game changer as a model for this company: Charles Schwab.

"Charles Schwab changed the ability for consumers to buy and sell stocks online. Before that it was all offline and inefficient. You had to call a broker and pay commission fees," he  said. "What CrowdStreet would like to do is put power of investing into the hands of individual investors who don’t get exposure to all of these deals."

And there is a big opportunity in this space. Not only is it a $250 billion market, there are something like nine million accredited investors who haven’t had the ability to understand how to invest in commercial real estate. CrowdStreet will provide the tools, solutions, and education to allow them to participate. 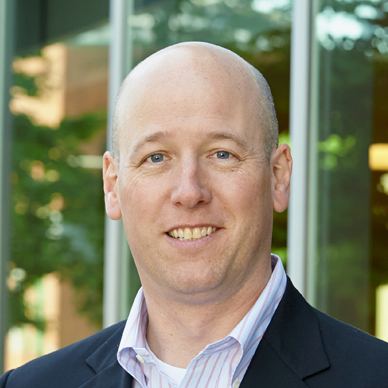