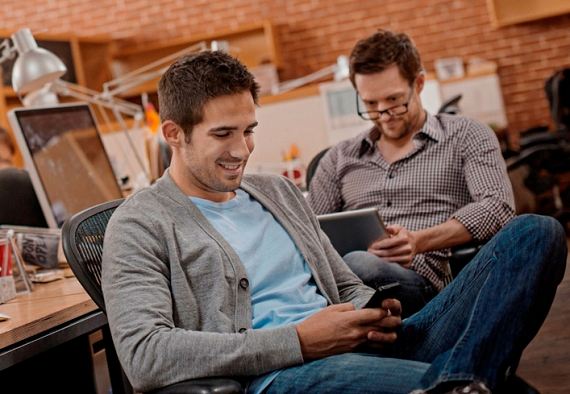 The last few years have seen a wave of mobile devices being deployed in the enterprise, which has had the benefit of giving employees greater access and the companies themselves greater control over the apps. But there has been a problem: many companies have been unable to move those app to mobile devices, putting a serious dent in workspace mobility and productivity.

Virtual application delivery company PowWow has raised a $2.5 million Series A funding round, it was announced on Wednesday.Investors in the round included OurCrowd, Vertical Ventures, IT-Farm Corporation, Julien Nguyen, Prabhu Goel, and Kumar Malavalli.

PowWow had previously raised $1.1 in an angel round, bringing its total funding to $3.6 million. Previous investors in the company include VKRM Group, Shamik Mehta, Bhupen Shah, and Ram Reddy.

The San Francisco-based PowWow provides a platform that a company to bring its enterprise apps to mobile devices. It allows them to move existing Windows or Web applications to any mobile device in just minutes, giving the company the chance to stick with the apps it prefers, and gives employees to chance to use those apps on the go.

"Organizations, faced with the challenge of mobilizing their current suite of Windows and Web software, have limited options. They can re-develop the applications, which is costly and time-consuming, or use one-size-fits-all desktop virtualization, which results in a low quality user experience, limiting productivity," Andrew Cohen, co-founder and CEO of PowWow, told me in an interview.

"PowWow identifies the type of mobile device a user has and automatically adjusts the user interface of Windows and Web applications so that they feel natural, as if they were built especially for the mobile device being used."

So, for example, take a Windows-based expense-reporting tool such as Oracle iExpense. There is no mobile version of this app yet, but "enterprises are clamoring for a mobilized version of the application to be able to submit and approve expense reports," according to Cohen. So PowWow mobilized iExpense for one of its clients, delivering a native app to their iPhone and iPads in less than three days.

Customers who use PowWow save money by only paying roughly 10% to 20% of what it would normally cost them to use either custom development or VDI.

There are, of course, other companies providing a similar service, most notably Capriza, VMware and Citrix. What separates PowWow, Cohen says, is that is "can mobilize any type of application and make each app feel native. Other companies focus only on Web applications or only on Windows applications."

Capriza, meanwhile, only focuses on mobilizing modern Web apps, making is to that missing a full two-thirds of the market, including Windows applications and older browser applications like those dependent on Internet Explorer 6, 7 or 8.

PowWow will use the financing to broaden its product offering, as well as to expand its team. It currently has 10 employees, and plans to add five engineers and three sales and marketing professionals by the end of the year.

Founded in 2012, PowWow expects to add three to five new customers every quarter, starting with Q4 this year. Each customer has from 200 to 2,000 users.

"PowWow delivers any application to 'any piece of glass.' While our focus today is on mobile, tomorrow it will be wearables or large footprint devices like Bluescape," Cohen said. "In the next five years, PowWow will be the go-to company to transform any application onto any device."