Bindo, hyperlocal marketplace that facilitates and tracks all in-store, online and mobile transactions, raised a seed round of $1.8 million from Gary Vaynerchuk, East Ventures, and Metamorphic Venturess.

Need, an online magazine and retailer for men, raised $500,000 in seed funding led by Greg Abbott, Imran Sheikh and Mobelux.

Quick Key, a smartphone app for teachers that grades bubble answer sheets, raised a $250,000 seed round from ARC Capital.

MyNextRun, a platform for runners to discover and sign up for running events, raised €500,000 from Andy Phillipps, Moaffak Ahmed, Juha Lindfors and AJP Holding.

Wauwaa, a website that connects parents with relevant information and special offers, raised €500,000 from Vision+.

Brndstr, a crowd-marketing platform that gives people discounts and special offers when they post on social media, raised $1.6 million in new funding from Funsho.

Aerial robotics platform Skycatch raised $13.2 million in a funding round from unnamed investors.

Qeexo, a developer of touch technology, raised $2.3 million in a  Series A funding round led by Sierra Ventures.

Lucid Software, the company behind cloud-based apps Lucidchart and Lucidpress, raised $5 million in Series A funding from Kickstart Seed Fund, Grayhawk Capital, and others.

PatientPay, a cloud-base patient billing and payment service, raised a $2.5 million round led by Mosaik Partners.

Message Bus, an e-mail hosting service, closed $4 million in a round led by True Ventures, along with North Bridge Venture Partners and Ignition Partners.

Singapore Post, a provider of mail and retail solutions in Singapore, received a $249 million investment from Chinese e-commerce giant Alibaba for a 10.35% stake.

ExtraHop, a provider real-time wire data analytics for IT operational intelligence, raised $41 million in a round led byTechnology Crossover Ventures, along with Meritech Capital Partners and Madrona Venture Group, and private investors including Sujal Patel.

Trifacta, a developer of productivity platforms for data analysis, raised a $25 million Series C round led by Ignition Partners, along with Greylock Partners and Accel Partners.

Payments firm Swipely raised $20 million in a round led by Pritzker Group Venture Capital, along with First Round Capital, Index Ventures and Shasta Ventures.

Newlans, a developer of radio frequency solutions for mobile devices, raised $5 million from Verizon Ventures to complete its Series B round.

Video game developer Thatgamecompany raised a $7 million round of funding from Capital Today.

Acquia is a ground-breaking open source software company providing value-added products and services for the wildly popular Drupal social publishing system. The people of Acquia believe that the open source development approach and social publishing technology have the power to connect people and unleash their collective creative potential in order to achieve great things.

Founded in 2005 by Todd Dagres, Santo Politi and Paul Conway, Spark Capital is a tight-knit group of partners managing approximately $1,500,000,000 across four funds. We have offices in Boston, NY and San Francisco, but invest across the globe. Whether you need $250,000 in seed funding or $25,000,000 to establish category leadership, we can work with you.

Spark invests across a number of key market segments including: advertising & monetization, marketplaces, cloud & infrastructure, social, mobile and content. We don’t simply study these markets; we are active users of the products in which we invest. Spark’s portfolio includes companies such as Twitter, Tumblr, Foursquare, AdMeld, Adapt.tv, ThePlatform and 5Min. The Spark team has previously backed notable companies such as Akamai Technologies, Qtera, Aether Systems and Novatel Wireless.

Swipely is an online service that changes the way people shop, share and save by turning purchases into conversations. Swipely provides a secure platform for consumers to recommend purchase experiences, discover new places and products through trusted friends, save money, and have more fun shopping.

Message Bus provides a cloud-native application service for enabling and powering messaging across email and mobile channels, helping to ensure deliverability of critical communications, transactional messages, and marketing messages. The company removes the burden and cost of deploying multiple messaging servers with a service available via SMTP or through a programmatic API. Market leading companies rely on Message Bus to manage the trust relationship between senders and recipients, increasing their message deliverability rates and revenues. Key benefits include lower cost to market, compliance to industry regulations, and protecting brand reputation. 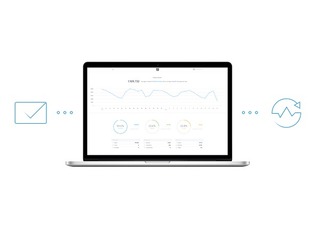 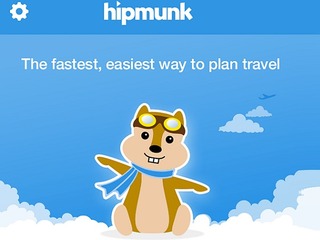 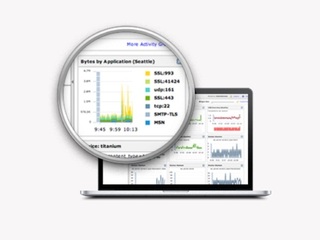