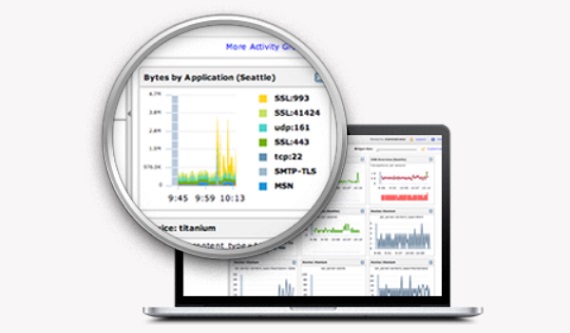 ExtraHop, a provider real-time wire data analytics for IT operational intelligence, has raised a new $41 million round of Series C financing, the company announced on Thursday.

The round was led byTechnology Crossover Ventures (TCV), along with existing investors Meritech Capital Partners and Madrona Venture Group, as well as private investors including Sujal Patel, former CEO and founder of Isilon Systems.

ExtraHop had previously raised a combined $6.6 million in seed/Series A funding in 2009, and another $14 million in Series B funding in 2011. This round brings ExtraHop's total funding to $61.6 million.

The data itself is not new, but what ExtraHop does is allow for the data to be pulled out, and analyzed, much faster than it had been in the past.

"Companies used to have to rely on pulling info out of servers, but we watch traffic that moves across the wire in real time and we pull off data in real time," he said. "Network communications have always had wire data; the very fact that the app is running means the data exists. We provide technology to access wire data for purposes of business intelligence and security."

ExtraHop has hundreds of enterprise customers, including Microsoft, Google, Morgan Stanley, Redbox, Expedia, Adobe and Barnes & Noble, who can use the platform to help manage their IT, as well as access any metrics they choose.

"We see all kinds of creativity and use cases," said Mukerji.

For example, one customer is a hospital chain on east coast that uses the wire data pulled out by ExtraHop to understand their IT operations, but also to access their console that shows emergency room wait times. They are able to gather that information in real time as people enter and leave and check in to the ER.

ExtraHop also provides a free Discovery edition, which is used by thousands of smaller users.

The new money will be used to expand the company's research and development, as well as its marketing sectors, Mukerji told me. ExtraHop currently employs 140 people and plans to double that in the next year.

In addition it will also be used to expand geographically. The company already has a presence in North American and Europe. While Mukerji would not say which markets the company was going to be expanding to, he did say that it would be going deeper into Europe.

In addition to the funding, ExtraHop also announced that Ted Coons of Technology Crossover Ventures will be joining its board of directors.

Mukerji cited TCV as an investment firm with a long track record of investment in some of today’s most successful technology companies including Splunk, Zillow, Expedia, and Spotify. Coons, in particular, he said, "brings a significant amount of experience in later stage growth companies."

"We see this as further validation of our platform and the market category as a whole," Mukerji said.

Founded in 2007, the Seattle-based ExtraHop has been seeing significant growth. Between 2012 and 2013, the company saw its revenue grow 150% year-over-year.